Cassini's main engines' burns "can be blow-down or pressurized (with Helium)" - why?

Question: What does it actually mean that the main engines' "burns can be blow-down or pressurized (with Helium)?" Are both of these "modes" actually used by Cassini for different purposes? If so, how do they differ in performance? 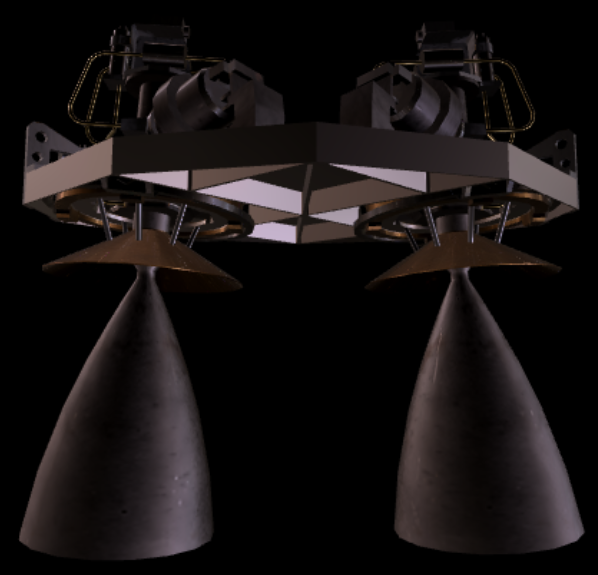 According to Sutton, both blow-down and conventional pressurization use a pressurant (like helium in this case).

Conventional systems have a pressure regulator between a pressurant tank and fuel tank, so they yield constant pressure and constant thrust until out of pressurant. In blow-down, per Sutton:

Here the gas is stored under pressure inside the propellant tank together with the propellants. As the gas expands during operation, the tank pressure, the thrust, and chamber pressure decrease steadily down to perhaps 25 to 45% of the initial values. This system is simpler (no separate gas tank and no regulator or gas valve), but the mixture ratio can change slightly during the operation, the total volume occupied by the feed system is larger, and the average specific impulse is somewhat lower.

The thruster itself can operate in either mode simply by virtue of handling a wide range of inlet pressures.

Cassini seems to have been designed to switch over to blowdown pressurization in the event of helium regulator problems; the regulator began leaking in 1997 but redundant valves allowed the system to remain sealed between engine firings. When it could no longer maintain regulated pressure, Cassini switched to blow-down mode:

As this [periapsis raise maneuver of August 2004] was to be the last fully pressurised burn of the primary mission (subsequent firings would be made in 'blowdown' mode, using the residual pressure in the propellant tanks) the latch on the helium flow was left open for 33 minutes after the burn in order to build up the pressure in the propellant tanks, then closed to isolate the system from the leaking outflow regulator.

Not the answer you're looking for? Browse other questions tagged spacecraft engines cassini helium or ask your own question.

12
Why do pressure-fed systems have to be pressurized with helium or nitrogen?
5
Are cold gas thrusters viable for model rockets?
0
Does Cassini have one or two identical main engines - if two, how does that work?
5
Is Cassini's 183rd burn; some kind of engine record?
3
Is it pretty much a given that all deep-space spacecraft have gimbaled engines?
7
Unravelling Cassini's "ball of yarn" orbit around Saturn, tabulation of propulsive maneuvers?
4
Are there any rocket engines in current or former use that aren’t normally restarted in flight, but have the capability for an emergency restart?
16
Why aren't expander cycle engines used on lower stages?