Do ISS astronauts occasionally let the sunshine in for a natural light "fix"?

I looked for images of a nice sunlit ISS crew cabin interior and predictably didn't have much luck. Most hits were mentions of the sunlight the astronaut would leave behind on earth, or enjoy again after returning.

But I found a few images of astronauts (possibly) enjoying some sunshine. I found one interior photo of Terry Virts with sunshine on his face, and a few exterior shots of Andre Kuipers, Paolo Nespoli and a group shot of Alexander Gerst, Reid Wiseman and Max Suraev, looking out through a cupola window with sunlit faces. Paolo Nespoli is shielding his eyes from direct sunlight, and it looks like Andre Kuipers is wearing sunglasses??

I can imagine there are a number of reasons why the cupola windows would generally be set to block the sun, so letting sunshine into the crew area may be limited or discouraged, but I'm wondering if astronauts sometimes feel like opening the shades and letting natural light in at least once in a while.

Question: Do ISS astronauts occasionally let the sunshine in for a natural light "fix" - in other words to get a refreshing few minutes in natural lighting for a change? If so, are there limitations or restrictions associated with doing so? 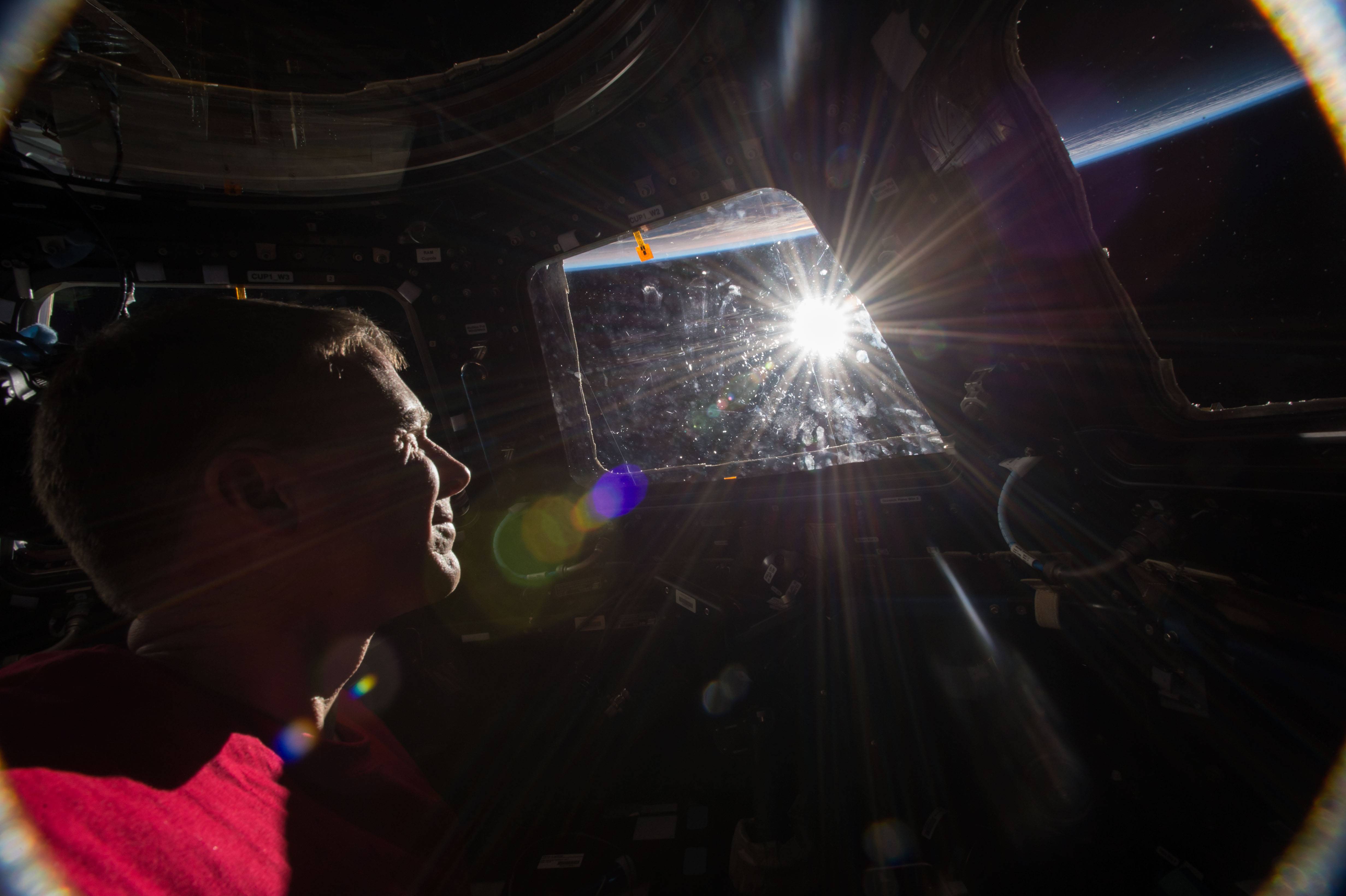 above: ISS042e016586 (11/26/2014) --- NASA astronaut Terry Virts in the International Space Station on Earth sunrise Nov. 26, 2014 looks through the cupola window while checking the "dosimeter". The cupola allows the crew 360 degree vision around the station for both photos and operating the Canada arm to pull spacecraft up to the station ports. From here. 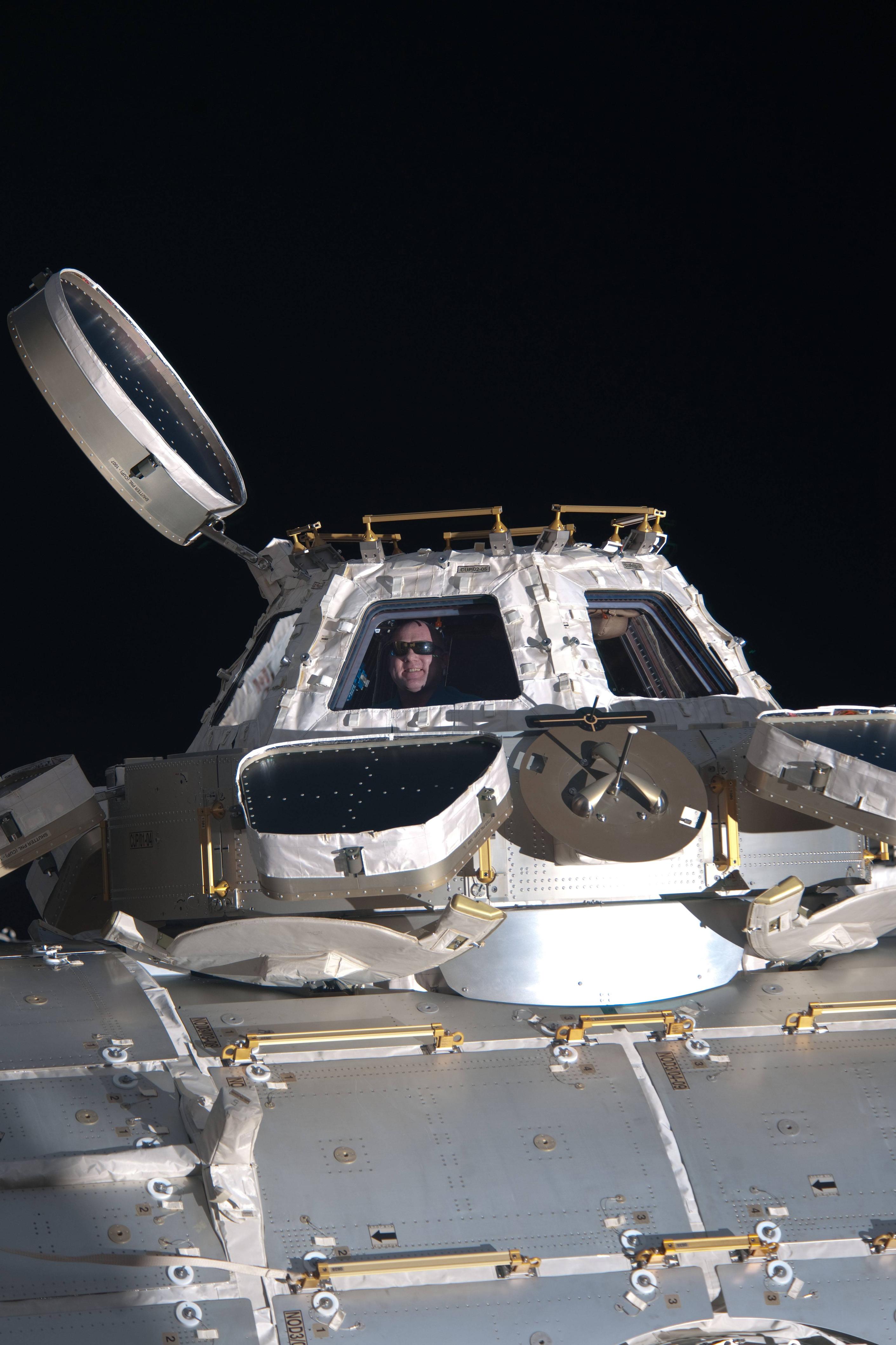 above: European Space Agency astronaut Andre Kuipers, Expedition 30 flight engineer, is pictured in a window of the Cupola of the International Space Station, backdropped by the blackness of space. ISS030-E-270550 (21 April 2012). From here. 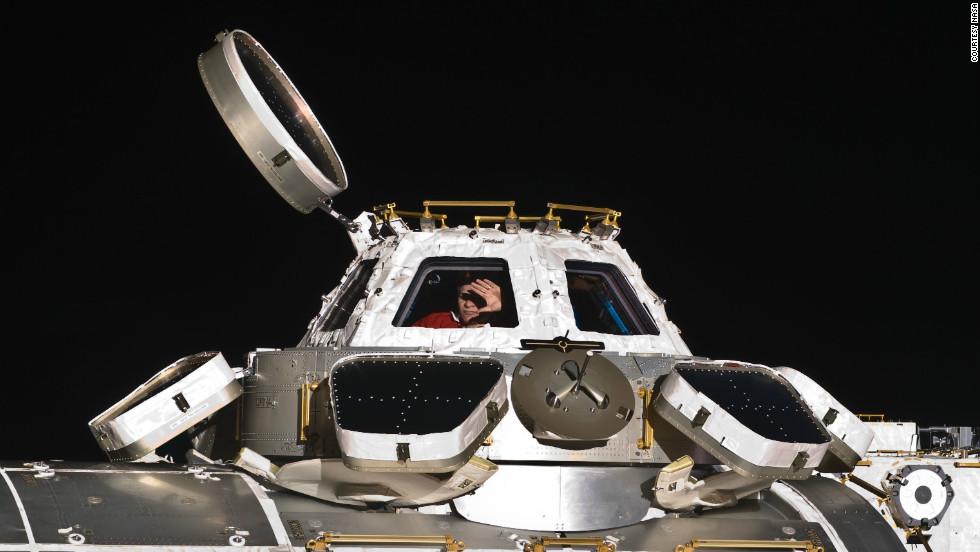 above: Paolo Nespoli in the Cupola of the International Space Station. It has seven windows and provides a pressurized observation and work area for astronauts, according to the European Space Agency. From here 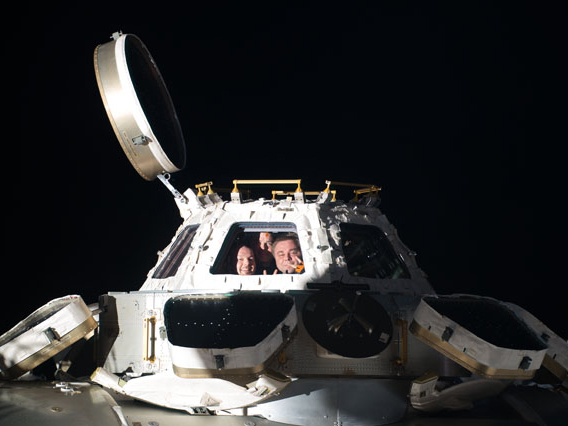 above: (From left) Expedition 40/41 crew members Alexander Gerst, Reid Wiseman and Max Suraev peer out of the cupola. From here.

I cannot find a definitive answer to this one. Obviously, they open the windows sometimes to take pictures, but from what I can tell (from most pages that I have read) they actually keep the windows closed most of the time. This is because of the effect of the variable sunlight on their circadian rhythm. For example, this was Terry Virts's explanation (Baltimore Magazine):

What about sleeping in space? Yeah, you get sunrise and sunset every hour and a half, unless you’re in high beta [orbit]. I went through a week with no sunsets.

It’s like living in Scandinavia in the summer or something? Right or Antarctica in the winter. It’s just constant sunlight. So you close the windows and you don’t know what the sun is doing and you set your alarm to GMT [Greenwich Mean Time].

Interviewer's questions in bold, as in original.

This seems to be backed up by pages on astronaut nutrition (Lunar and Planetary Institute):

Vitamin D Dilemma. Our skin uses small amounts of natural ultraviolet radiation to manufacture vitamin D, which — like calcium — is vital to maintaining healthy bones. About 10 minutes of Sun each day allows our skin to make the recommended amount of vitamin D. To work outside in the space environment, astronauts have to wear space suits which shield them from ultraviolet radiation. So because astronauts cannot produce vitamin D naturally from sun exposure, they take supplements to help with this issue.

According to Scott Kelly's book Endurance: A Year in Space, A Lifetime of Discovery, the astronauts love to look out the windows and he's seen "thousands" of sunrises in space. And the pictures you include show astronauts experiencing sunlight. So it's clear that exposure to sunlight is more frequent than just "occasional".

But most of the windows face the earth, which will mostly shade them from the sun, and they do have shutters. So it sounds like they don't just allow the sunlight to shine in for illumination while they do other things.

23
Is the cupola, on the inside of the ISS, cold or warm to the touch?
5
Approximate sizes and relative positions of the ISS' cupola windows?
3
Is there any safety advantage/disadvantage to a particular attitude of a vessel in space?

3
What are the sounds in this GoPro-in-orbit ISS video?
9
Can astronauts wear eyeglasses inside their helmets during launches and landings?
27
How many times has there been 13 people inside the ISS and is it hard on the station?
5
Approximate sizes and relative positions of the ISS' cupola windows?
3
Expedition 53 group portrait - what's up with the cool shirts?
48
What caused this bright light from the ground at night seen from the ISS?
27
How hard do you have to throw something off the ISS to make it deorbit?
7
What is astronaut Alexander Gerst signaling with this K-shaped hand signal?
10
What is this huge, red, blinking light structure on Earth seen from the ISS in this video?
3
How do modern "space windows" protect from dangerous UV? Is it simply the type of glass, or are there coatings or filters also?