Were ejection seats on the Space Shuttle a practical safety system?

The first four STS missions were flown by Columbia with two pilots and had ejection seats as an option. These seats were eventually disabled (by STS 5) and removed (by STS-61-C). They could only be used to about Mach 4, in the first 1/5th of the Shuttle's powered ascent.

From researching I found that this was accomplished through ejection panels on the top of the Shuttle's cabin, using the same powered seats at the SR-71. 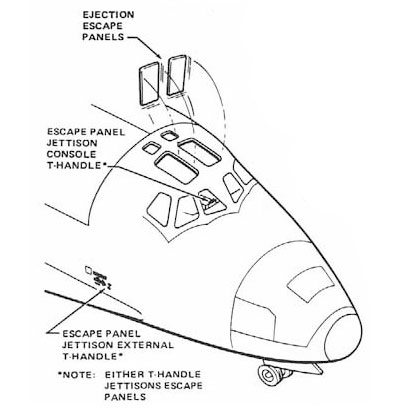 The Buran seems to have also had ejection seats installed, but never flew with them. Their seats seem to be designed to take the pilots 500 meters from the rocket itself.

However, with the gimbled direction of the SSME's firing, and the two extremely powerful solid rockets on the Shuttle stack, would being outside the craft have been even survivable at that close a proximity? Has any analysis on a best case/worst case scenario for these ejection seats ever been done?

The seats were ineffective above 80K feet on ascent due to the expansion of the SRB plumes - if you ejected after that, you would pass through the plumes making a bad day worse. A call was made at that point "Negative Seats". [Note that the reference cites a thermal limit on the faceplate - I remember it was the plumes - who are you going to believe, me or a former Flight Director and Space Shuttle Program Manager?]

There was a "speed limit" on ejection during entry above which the crewmember would be going too fast to thermally survive the entry. Sadly I don't remember what that point was.

FWIW, here's a picture from the STS-3 training era in the Shuttle Mission Simulator showing what the cockpit looked like then with the ejection seats with the large "rails" that connected the deck to the overhead. Jack Lousma in the commander's seat and Gordon Fullerton is in the pilot's seat; I believe the lady is Mrs. Fullerton. 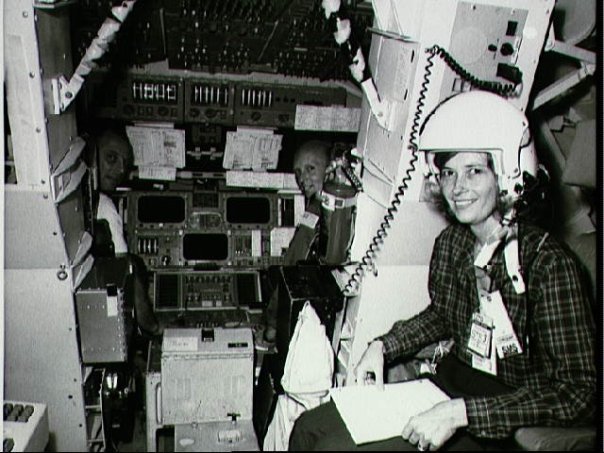 Not the answer you're looking for? Browse other questions tagged space-shuttle safety launch-escape-system shuttle-columbia or ask your own question.

40
Why didn't the Space Shuttle have a launch escape system?
12
What is the problem with aborting a Space Shuttle launch?
14
Did the U.S. Space Shuttles have a way for crew to bail out?

40
Why didn't the Space Shuttle have a launch escape system?
19
Space Shuttle range safety system - Why is there a caution light?
17
Why were four Space Shuttle orbiters initially built?
9
Why were ejection seats used in Project Gemini instead of a tower escape system?
32
What operating system(s) were used in the space shuttle?
10
Were shuttle seats reconfigured between launch and reentry to account for the different direction of acceleration?
4
Space shuttle cabin atmosphere system
1
Is a low-altitude, stable glide really absolutely needed to bail out of the space shuttle?