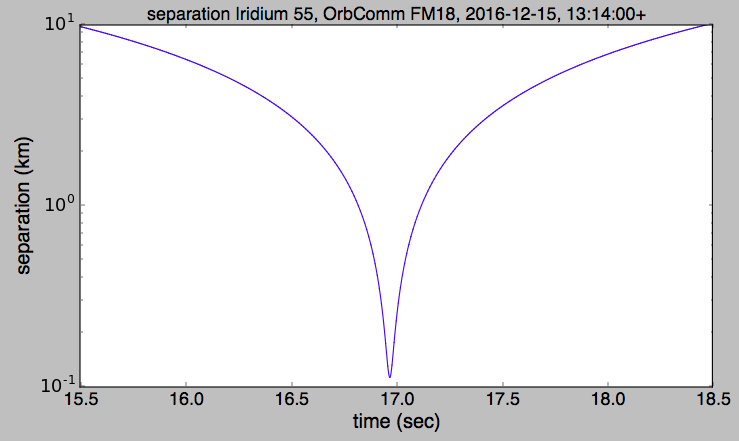 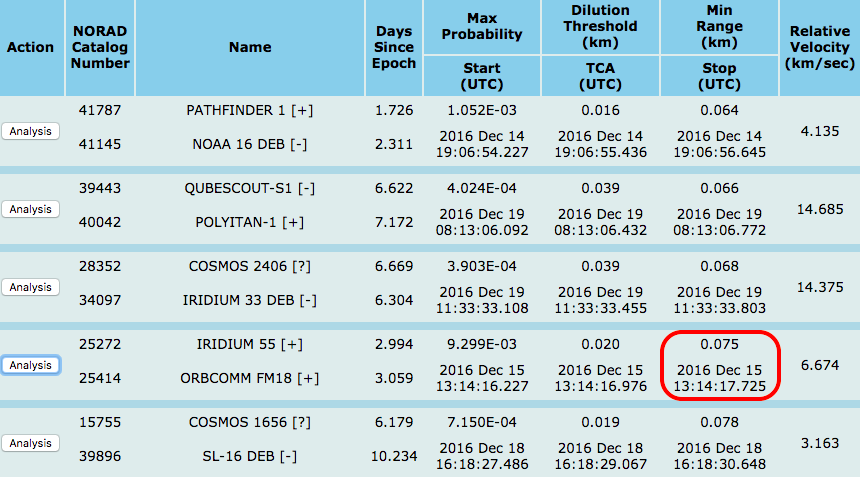 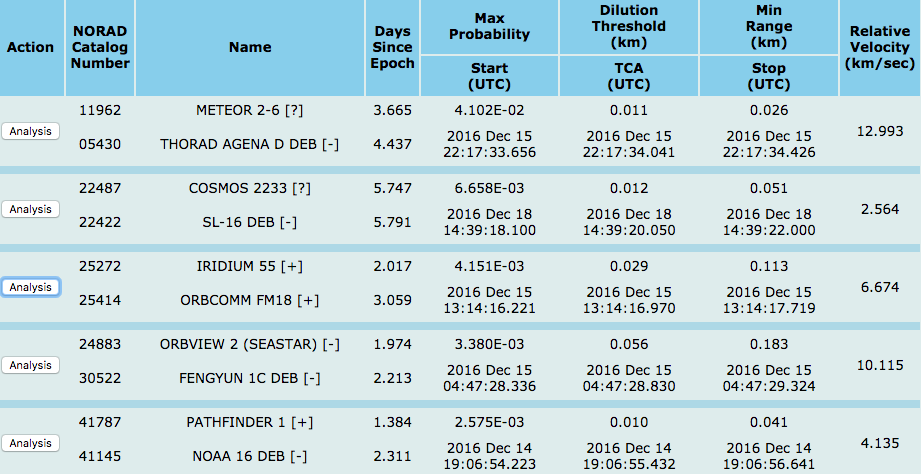 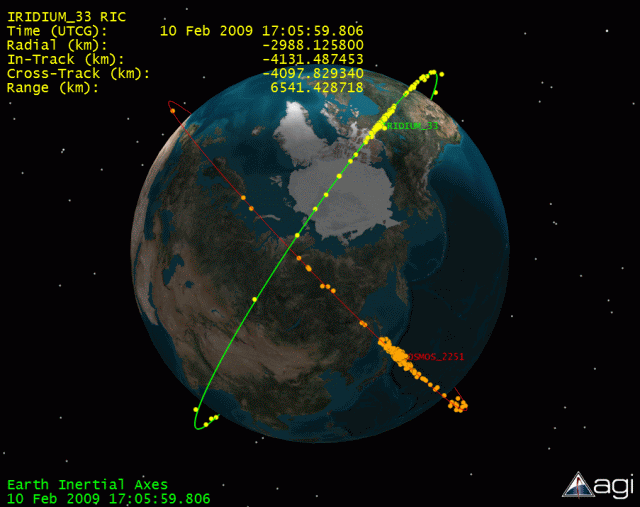 26
SpaceX's 4,425 satellite constellation - what's the method to the madness?
12
Whats the protocol if two satellites collide?
9
Has an astronaut ever seen another object in LEO pass by that wasn't mission-related?
10
Where to look for historical or reconstructed orbit data for early NASA missions - Mercury-Atlas 6 for example
8
What is the closest intentional separation achieved by two satellites?
9
Which two satellites had a 44% probability of collision at 2017-01-07 21:53 UTC?
8
ISS - Tiangong 2 minimum safe distance
1
Has Skyfield or any other SGP4-capable open-source Python package yet wrapped/implemented the new, improved SGP4 (version 8+)?

12
How is space assigned for satellites that follow intersecting orbits?
4
Is 45 km unusually close to pass the ISS and deploy a microsatellite without warning?
9
Which two satellites had a 44% probability of collision at 2017-01-07 21:53 UTC?
3
How to calculate cone angle between two satellites given their look angles?
12
Whats the protocol if two satellites collide?
3
Has a cubesat ever caused a problem for another spacecraft? Examples? Close calls?
2
Something doesn't add up when calculating thrust for Starlink satellites