How did the tangential thrusters for the 2014 LDSD test spin-up then spin-down so nicely?

I just watched the NASA JPL video of the 2014 test of the Low-Density Supersonic Decelerator (LDSD).

Tangential thrusters are used to spin up the craft for stability before the main rocket ignites. The first screenshot shows a pair; the second one fires a few seconds after the first.

Question(s): The spin-up looks so nice. Is this pair balanced by at least one more on the opposite side? After engine cut-off, a pair of tangential thrusters facing the opposite direction fires sequentially and it looks like the craft is almost perfectly de-spun with almost no residual rotation. Are these precision calibrated or is there some kind of control to stop them at the right instant?

I have two small side-questions. I can split them off if someone would like to answer them separately. 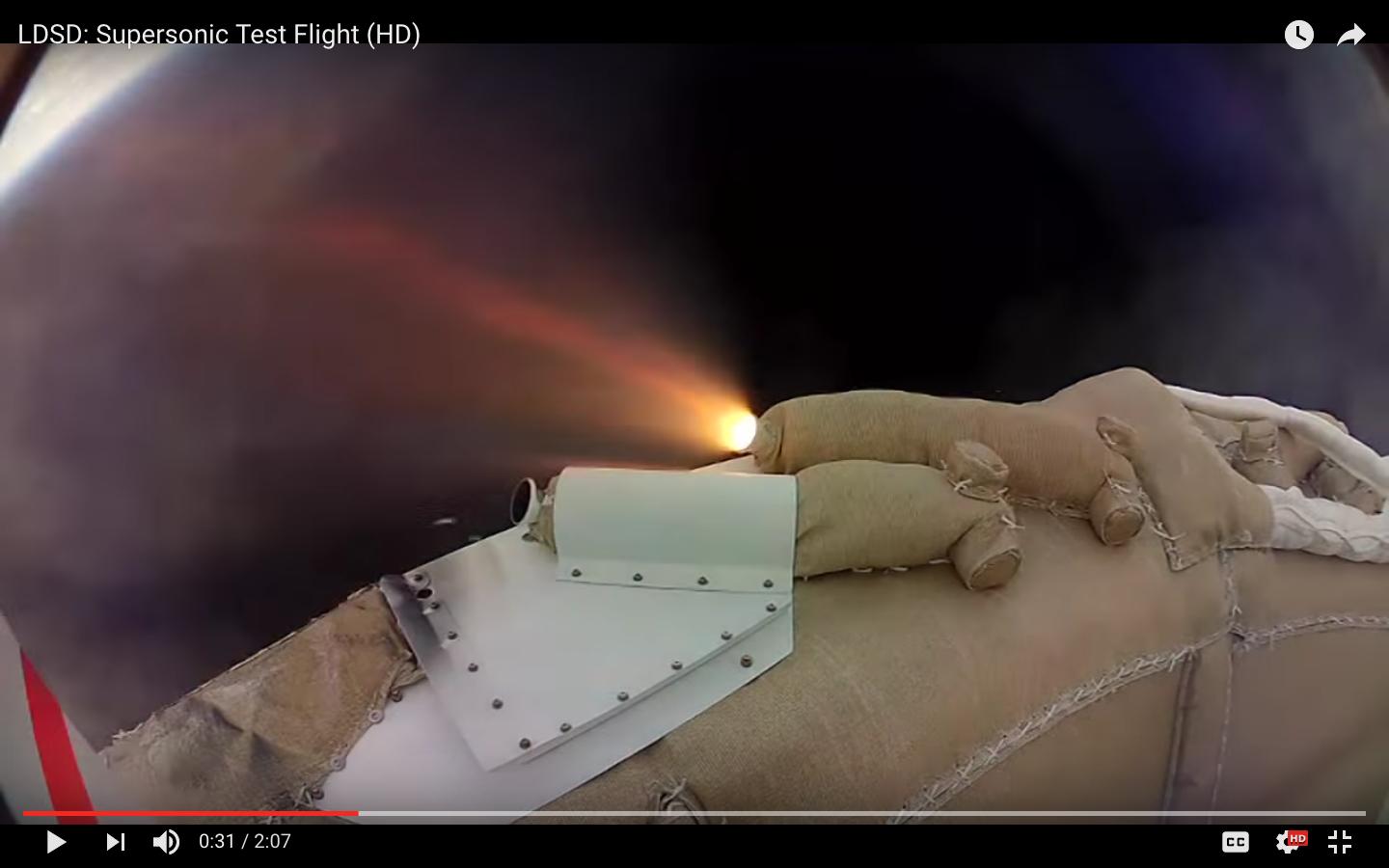 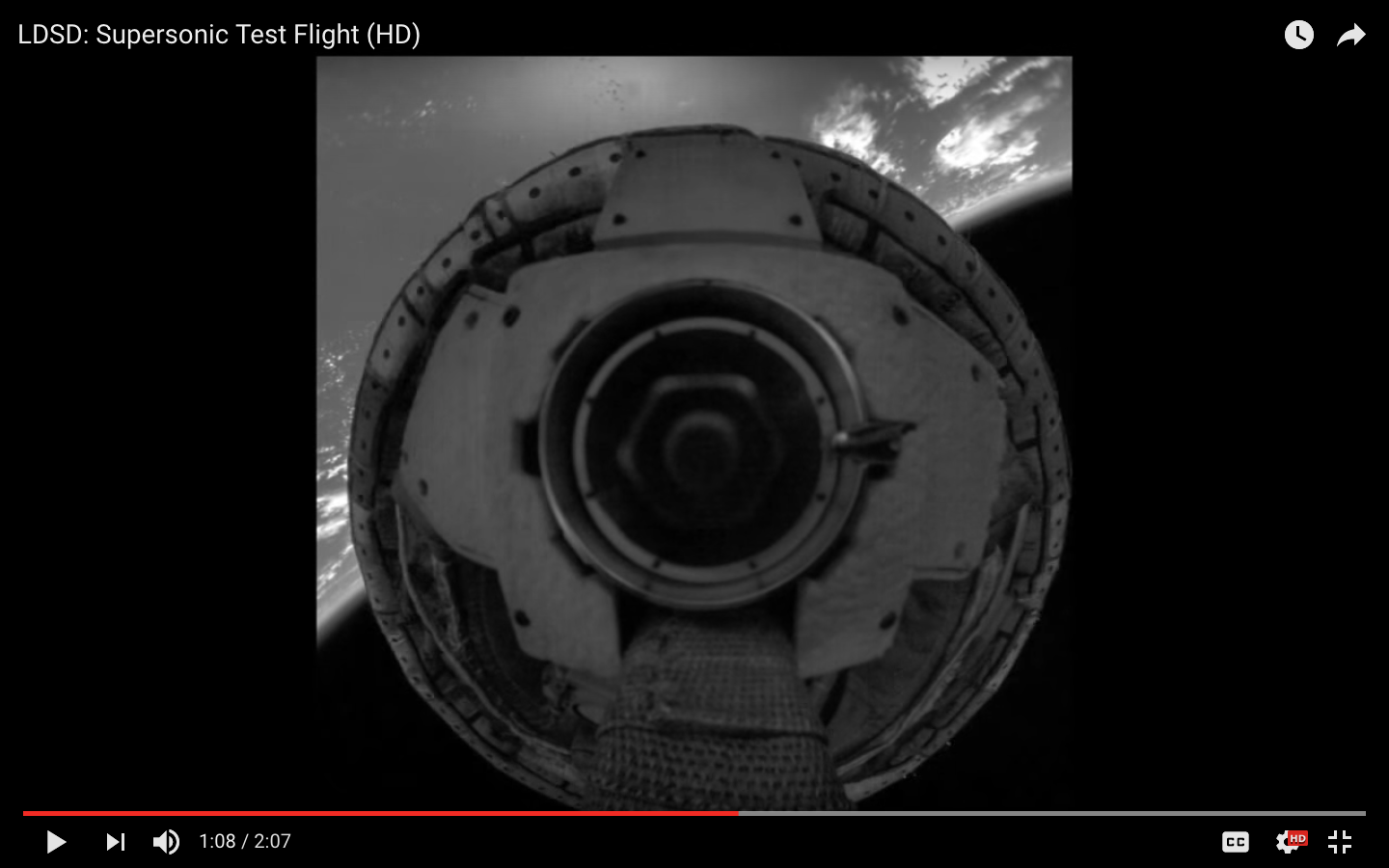 OK here is the actual video:

There was no active control for spin/de-spin. We did a very good job (if we do say so ourselves) controlling the mass properties of the vehicle with spin testing and balance masses. Yes, there were balanced pairs of spin motors on each side. They were all made in a single lot for consistency in performance.

In the screen shot you can see the boom holding the camera in the bottom of the picture.

All of the sound you hear is real, picked up by the GoPro microphone. You might notice the sound go down in intensity through the main motor burn. That is due to the vehicle increasing in altitude, with the lower densities reducing the sound transmission.

I would guess that the total impulse of the tangential rockets is calibrated closely enough that no active control is needed. They aren't imparting a huge amount of spin, and a small residual wouldn't be a problem. (They look like solids, and while it is possible to design solids for early cutoff, it's unusual.)

Foley is extremely unlikely on a video like this; the primary goal isn't entertainment and no one wants to give crackpots ammunition for claims of fakery. I'd guess that some of the sound is conducted to the microphone through the body of the vehicle, but also a substantial amount via air. If air pressure is ~1% of sea level, if I've done my math right, you should expect about a 40 dB reduction in sound volume, which is substantial but not extreme - like turning a volume knob about halfway down.

Not the answer you're looking for? Browse other questions tagged engines ldsd or ask your own question.

14
Till what altitude above earth sounds can be heard?
26
What would sounds on Mars be like?
13
Can astronauts hear sounds during space walks for repairs?
11
Why did New Horizons have to be spin-balanced to grams-level precision? (With quarters!)
9
Why does spinning help stabilisation?
5
What would it take for a balloon to reach an altitude of 65 km (214,000 ft) above the Earth's sea level?
7
How to make a camera survive in (near) space?
11
What is NASA doing to improve the supersonic parachute for the third LDSD test?
7
Where does the noise on spacewalks come from?
5
Building a ultra-small almost space vehicle
See more linked questions

7
Have the micronewton thrusters developed for the LISA mission been flight tested yet?
6
Modelling for the LDSD parachute - what are the issues with scale models and software simulations?
6
How far can the supersonic parachute in the LDSD system for Mars be placed from the entry capsule?
11
What is NASA doing to improve the supersonic parachute for the third LDSD test?
11
How are the Voyagers' thrusters configured in a novel way to minimize accelerations along Earth-spacecraft axis?
3
How many kilo's of nitrogen does Falcon 9 load for its first stage cold gas thrusters?
5
How is chamber pressure and temperature determined for cold gas thrusters?
1
Where can I read further on the specs the South Korean engine for next month's sub-orbital test?
6
How (the heck) will SpaceX's Starship's future pressure-fed thrusters work at "any gee’s, any attitude"?
5
How much time did the longest maneuver last?