How does the freon compressor work at 0 gravity?

As far as I researched the Freon compressor to cool air has to stay up right not to leak oil into the system? So how does one work in space? What do they use to cool of the air?

The space shuttle used Freon in some of its cooling loops but they did not work like a home air conditioning system with expansion valves, etc. 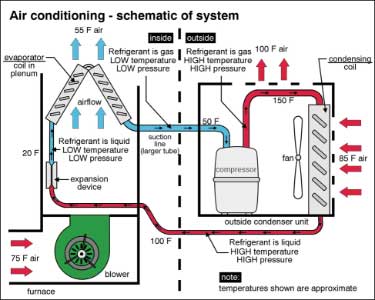 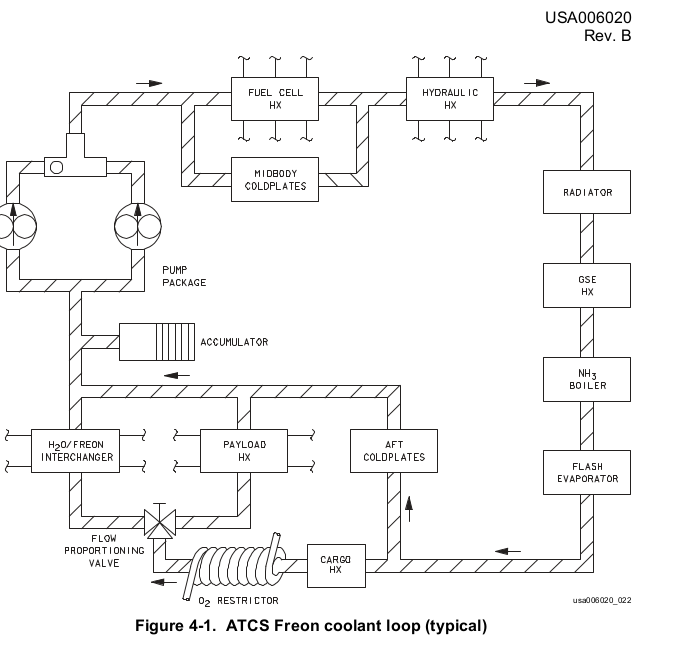 Instead the Freon was used as the heat transfer medium in two parallel cooling loops. Redundant electrical pumps pumped the Freon through a series of heat exchangers which picked up heat either directly from components mounted on coldplates, or from heat exchangers with other thermal loops. These other loops included the fuel cell coolant loops, the hydraulic systems, and the water loops, which cooled coldplate mounted equipment inside the crew cabin and also picked up heat from the cabin air through the cabin heat exchanger.

All of this heat collected by the Freon loops was rejected to space through the large radiators mounted on the inside of the payload bay doors. Other heat rejection devices available during various mission phases were a heat exchanger with the ground service equipment, an ammonia boiler system, and a water flash evaporator system.

The diagram above is extracted from the Environmental Control and Life Support Training Manual which you may wish to peruse for further information about the shuttle's Freon, water, and air coolant loops.

Not the answer you're looking for? Browse other questions tagged crewed-spaceflight space-shuttle or ask your own question.

2
Can an air conditioner be made to work with 0 gravity?

33
How do manned spacecraft achieve an airtight connection while docking?
26
What's on the bottom of the Shuttle's external fuel tank?
1
Can carbon dioxide be distilled from a Helium/Oxygen atmosphere by using natural refrigeration?
4
Space shuttle cabin atmosphere system
19
How does the Saturn V Dynamic Test Stand work?
12
Features seen on the Space Shuttle's solid booster; what does “LOADED” mean exactly?
2
Will astronauts on the way to mars do experiments like in orbital labs?
4
How does the Commercial Crew Program differ from the way NASA's previous crewed systems were developed and operated?
6
The Russian space module named Spektr