Why is the Pressurized Mating Adapter slanted? 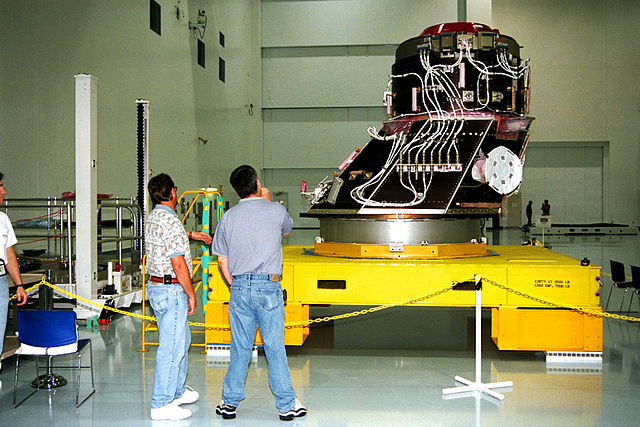 There are three of these on the ISS. One connects the Russian modules to the rest. One was used for docking the shuttles. One... kinda just sits there, with modules that were to be berthed canceled. (Edit: PMA-2 and PMA-3 are getting International Docking Adapters (IDA-1 and IDA-3, IDA-2 was lost in the CRS-7 loss of mission) attached for Dragon 2 and CST-100 docking ports.)

Any particular reason for the peculiar shape? One would think having the exits line up semi-concentrically, or having one of the edges line up would be the intuitive approach. So why the heavy slant?

The drawing in user10795's answer is not an accurate design drawing of the PMA design and thus the conclusions flawed.

In this document the ISS redesign history is discussed and the PMA design existed at least as early as 1993 in fig.10 the Russians propose a first design of ISS combining Russian and US modules, the PMA designed by Boeing can be seen on the 2nd US module and the 1st Unity module (rotated 90° to how it was finally installed in fig.12), in fig.12 the Russians still recommended a straight connector.

We can therefore only conclude the oddly shaped PMA was to provide greater cargo bay clearance for the Shuttle (no definitive source but then again nothing else provides a plausible alternative) and had nothing to do with Russian hatches opening. Its additional use to connect the Unity and Russian modules was probably a practicality of having the PMA already designed and that it could play this dual role. 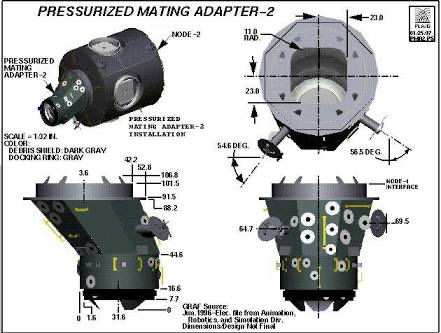 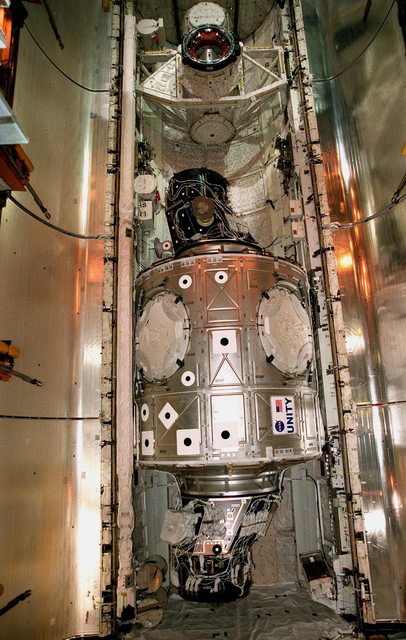 The main 'throat' of the PMA is not slanted -- it is a 31.5 inch passageway that is straight as an arrow. However, the throat has to have a bit more open room on one side because the hatch of the Russian docking port opens outwards. If there was not a space for the hatch to open beyond 90 degrees, it would block the main passageway. 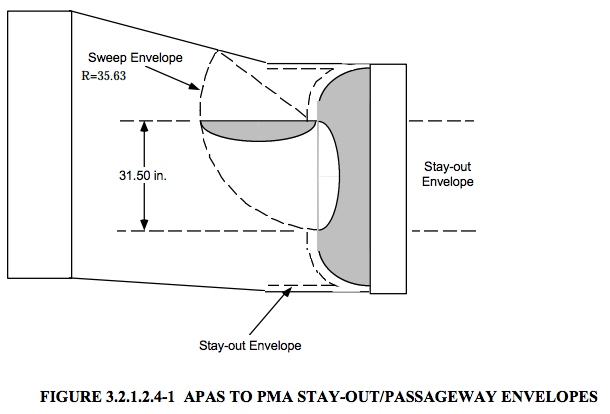 As far as I can tell, the slant is primarily there to cover the 'lump' required for the Russian hatch to open fully, but this is probably more than an aesthetic choice: a smooth slant provides one less lump for a 29-ton shuttle to bump against, and it is probably also a lot easier to fit the exterior micrometeoroid/orbital debris shield to a flat slope than to an ungainly lump.

The slant is to allow big payloads to be taken out with adequate clearance:

Meanwhile, the ISS design had to accommodate the shuttle. It needed to provide a zigzag tunnel mechanism (the Pressurized Mating Adapter) to optimize the clearance to remove payloads from the bay after the shuttle had docked.

Note: that book isn't just any book; see this part of its forward:

We are grateful to all the institutions and people that worked on the book. (See appendix for complete list.) Each NASA field center and Headquarters contributed to it, along with many NASA retirees and industry/academic experts. There are a few who made exceptional contributions (...) 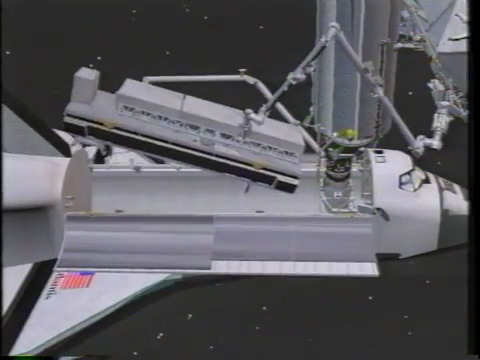 A finding worth mentioning: that PMA's basic design is from Space Station Freedom (SSF) Level 2 Program Office, a 1993 derivative of which was considered for Soyuzes docking to SSF as Assured Crew Return Vehicles (ACRV) after reaching the Permanently Crewed Capability (PCC) construction stage. 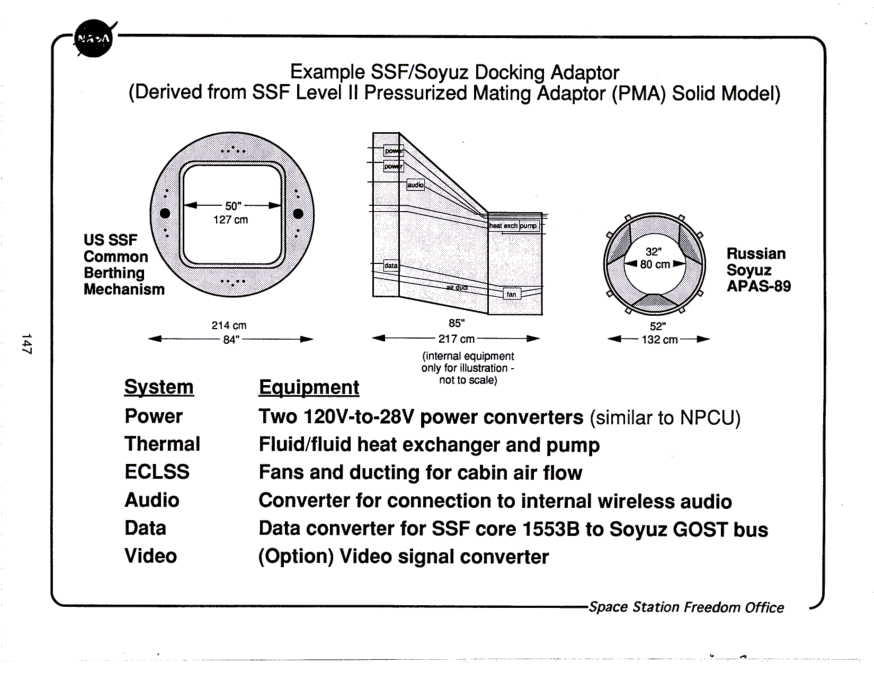 “Pressurized Mating Adapters The Pressurized Mating Adapter was a transition structure originally designed to provide the interface between the Space Shuttle Orbiter and the Space Station Freedom. Its unique shape was developed to preclude contact between the Node or Lab endcone and the Orbiter Forward Fuselage during docking with the Shuttle External Airlock. It was constructed from four Aluminum 2219 forgings,” […]

Not the answer you're looking for? Browse other questions tagged iss berthing pma or ask your own question.

6
How would a centrifuge module's berthing system work on the ISS?
32
Will the ISS need more docking ports?
16
Can Dragon, or Dragon V2 be used to boost the ISS orbit?
12
What will be NASA Policy on backup ISS docking/berthing ports, once commercial crew is up and running?
43
What's the baseball bat for? (seen in CRS-8 berthing NASA TV broadcast)
11
How were the ISS compartments attached and pressurized?
2
Can an ISS berthed vehicle remotely unberth?
31
Why does the ISS have so much pressurized but uninhabitable space?
3
ISS: Airlocks between pressurized modules?