Puzzler: Is this a Sputnik?

I was enjoying the Trailer to the YouTube site Kinematic, and I noticed that the satellite or model shown in the beginning looks different than how I remember the original Sputnik - specifically the location and direction of the antennas. While the satellite is shown, the narration begins:

"Sixty years ago, the Russians beat us into space. We didn't deny Sputnik was up there. We didn't argue about the science..."

Is this a representation of a Sputnik? If not, what is it supposed to be?

"Bonus points" Where is this clip from - is it old "found" footage, perhaps from some 1960's documentary?

above: GIF reconstructed from screen shots from the Kinematic Trailer.

I am going to venture that what is shown is a model of a Vanguard Project satellite such as Vanguard-2. Roughly 50cm sphere with four antennas protruding in a plane spaced at 90 degrees. The similarity was also pointed out by Sarah Bailey in this comment.

Vanguard was a popular image in the West and there were several models of it available, and there are even some now.

For example see all the cool images in the Scale Model News page for September 8, 2015 Space Technology from Six Decades Ago - 1:5 Scale Hawk Project Vanguard Satellite: 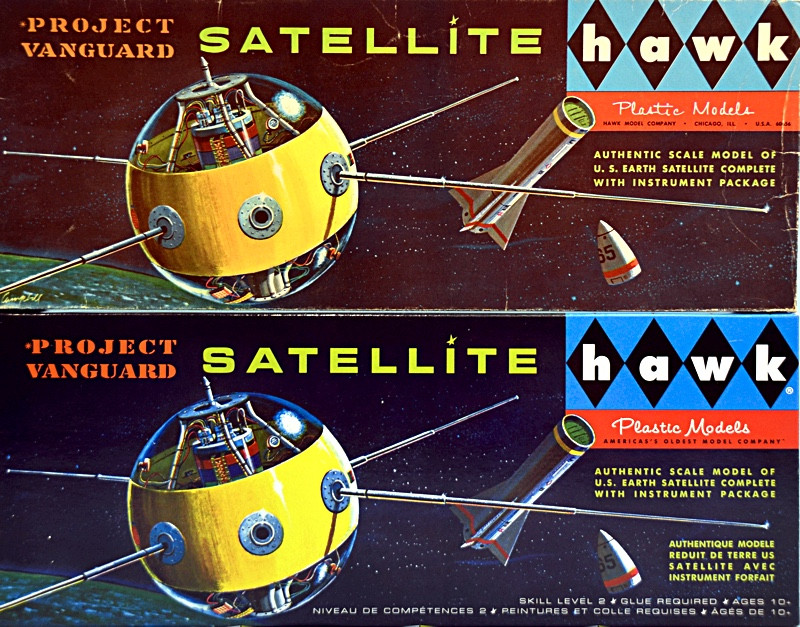 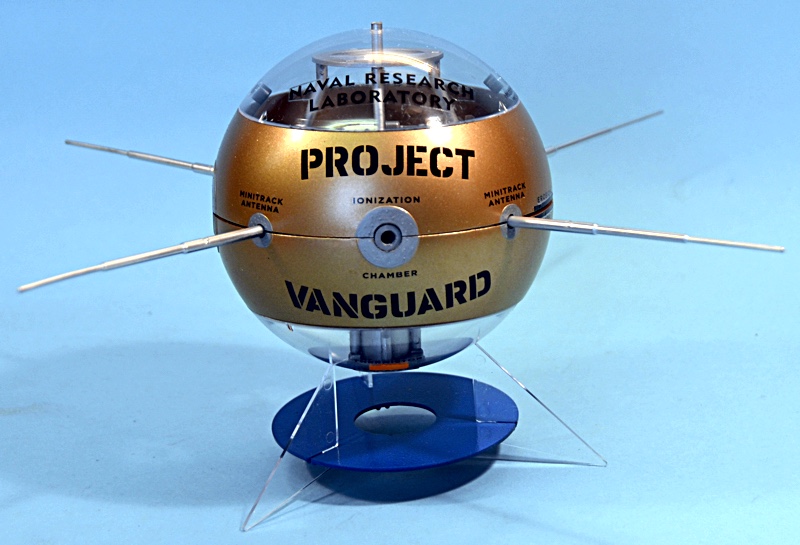 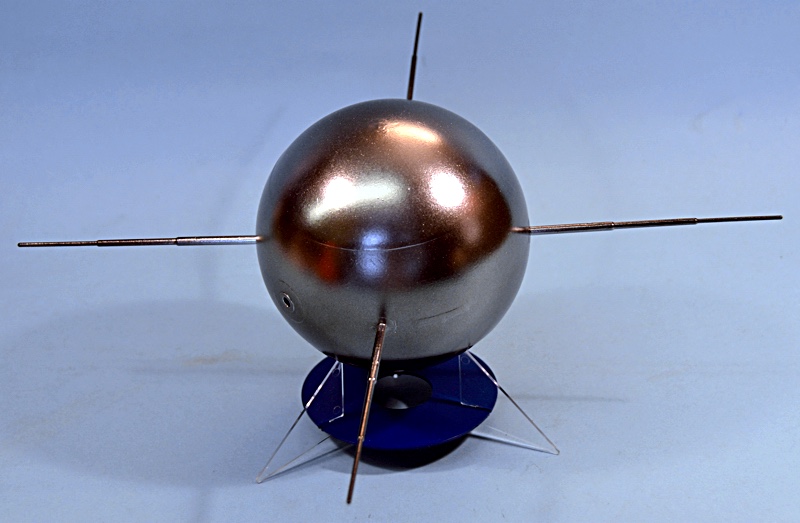 The GIF image in the question for comparison:

Sputnik is just the Russian word used to describe all satellites. Below is a photo of a model of the 1958 sputnik in the cosmonautics museum in Moscow which is a different configuration than the video shown. 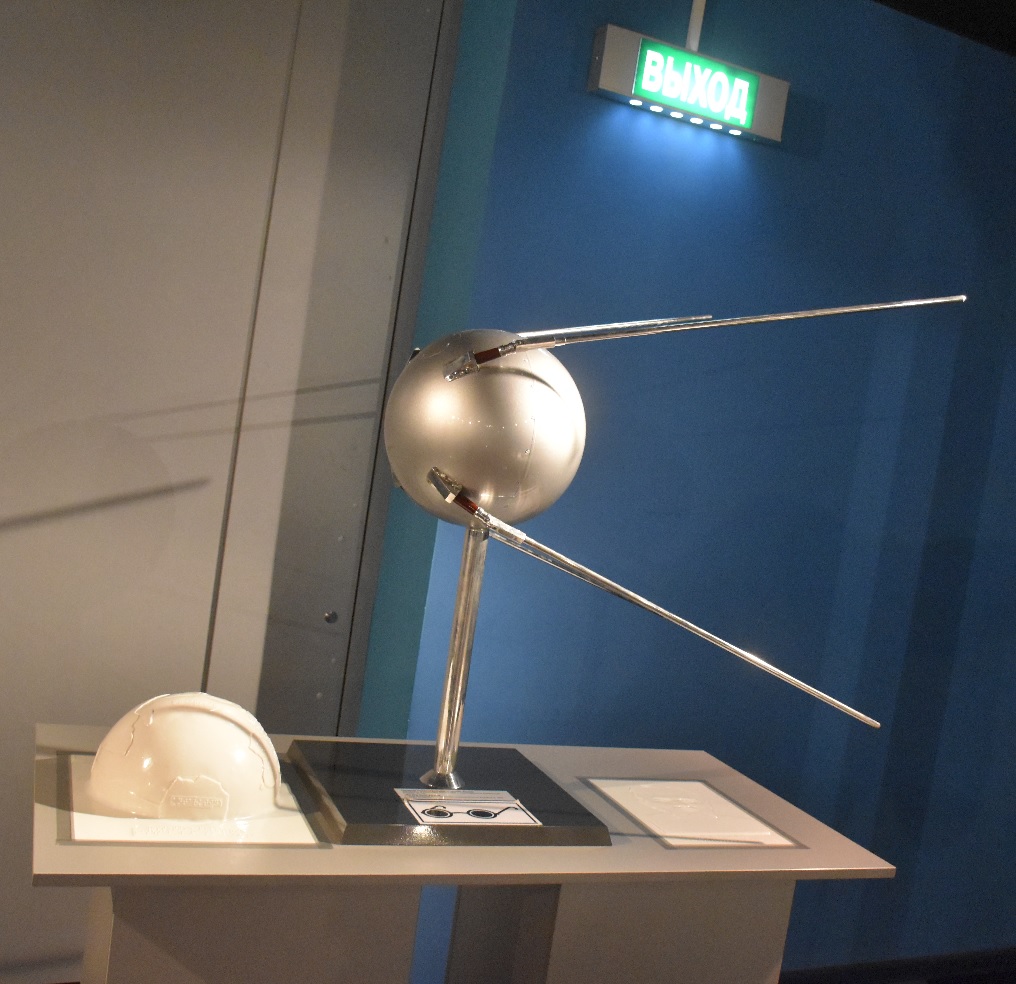 Not the answer you're looking for? Browse other questions tagged artificial-satellite history space-art museum-exhibits or ask your own question.

36
Did Sputnik 1 tell us more than "beep"? What science was improved by information gained from its orbiting the Earth?
5
Why were Europe's first few satellites so stylish? Why the pronounced alternating white and black stripes?
2
Why were the antennas on the spherical surface of some early satellites spiral-shaped?
2
Identify this astronaut and shuttle mission
2
What is Canted Turnstile Antenna System? What it its Applications?

3
What is the large structure in the background of this picture of Molniya 1?
22
Did Sputnik 1 have attitude control?
16
This BBC photo does not show a replica of Vanguard-1, what might it be?
10
How accurate is this Apollo Command Module replica, and why would it be copper-colored?
5
Identify this rocket and launch site from Gilligan's Island episode?
5
What Soviet-era space-related film is this Nick Stevens tweet referring to?
1
What might this "NS" mean in this speculation about this Mars rover's future prospects?
3
Is this ISS artwork old but accurate? Was there a radiator that looked like this once?
1
Puzzler; "who" are the members of this family of comet-visiting spacecraft?
2
What is the name of this space museum in Russian and does it have a website and/or virtual tour site?