Could the ISS stop rotating wrt the stars for a few days, then start again?

Suppose for some reason it was particularly advantageous to stop the ISS from rotating once per orbit, so that it maintained a constant attitude with respect to the stars (or the Sun) instead of with respect to the Earth. Maybe some kind of emergency procedure.

Could the ISS de-spin itself in say a half-day - or better yet a few hours - remain that way for a few days, and then spin up again for normal operation?

I'm interested in the attitude control - does propulsion exist to do this, and could the attitude control system either handle this or be put into a safe state and allow the maneuver to be managed and monitored by the crew? I didn't say ground because I am not sure if comms link could be managed in this state without advanced planning.

Any structural issues caused by all the torques, stresses and tensions involved?

This is not a full answer, but some numbers:

What are the ISS moments of inertia around design axes? The total moment of inertia of the station is about $M = 55\cdot 10^6 \rm kg m^2$

In its usual orbit, the station rotates once every 90 minutes, about three and a half times as fast. That means, reaction wheels are not sufficient and thrusters needs to be used. As desaturation of reaction wheels takes place every few months, we can conclude that this is well within reach of the capabilities of ISS. I can not give an estimate how fast the change in rotation can be done with respect to stability of the station.

I don't think it's happened in a long time, but in the early stages of assembly, the ISS sometimes flew in a "XPH" attitude when the beta angle* was between 10 and 75 degrees. 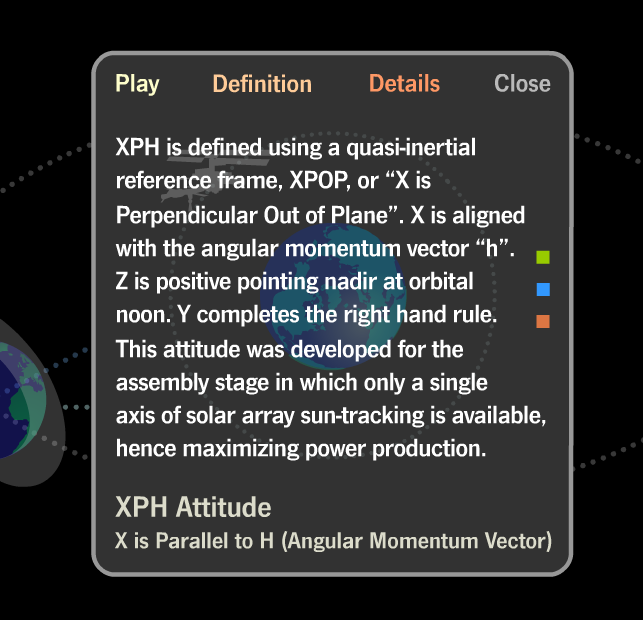 The only public info I could find on this is from a rather annoying flash animation NASA page; it shows some animations of the orbits, here are two frames from the XPH example showing that it's at least quasi-inertial. 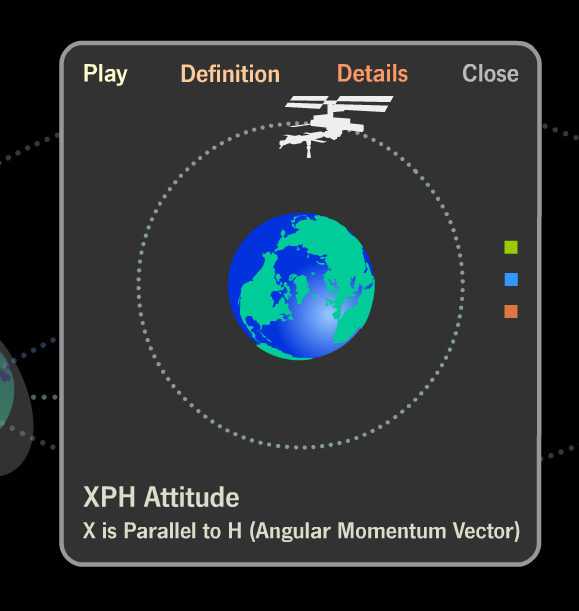 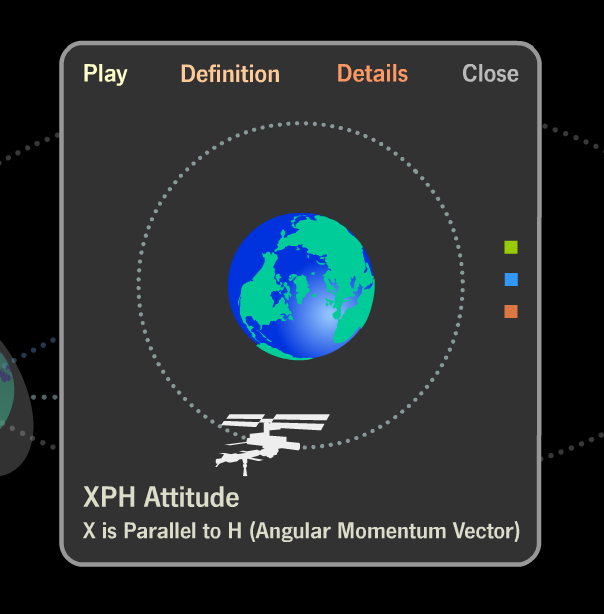 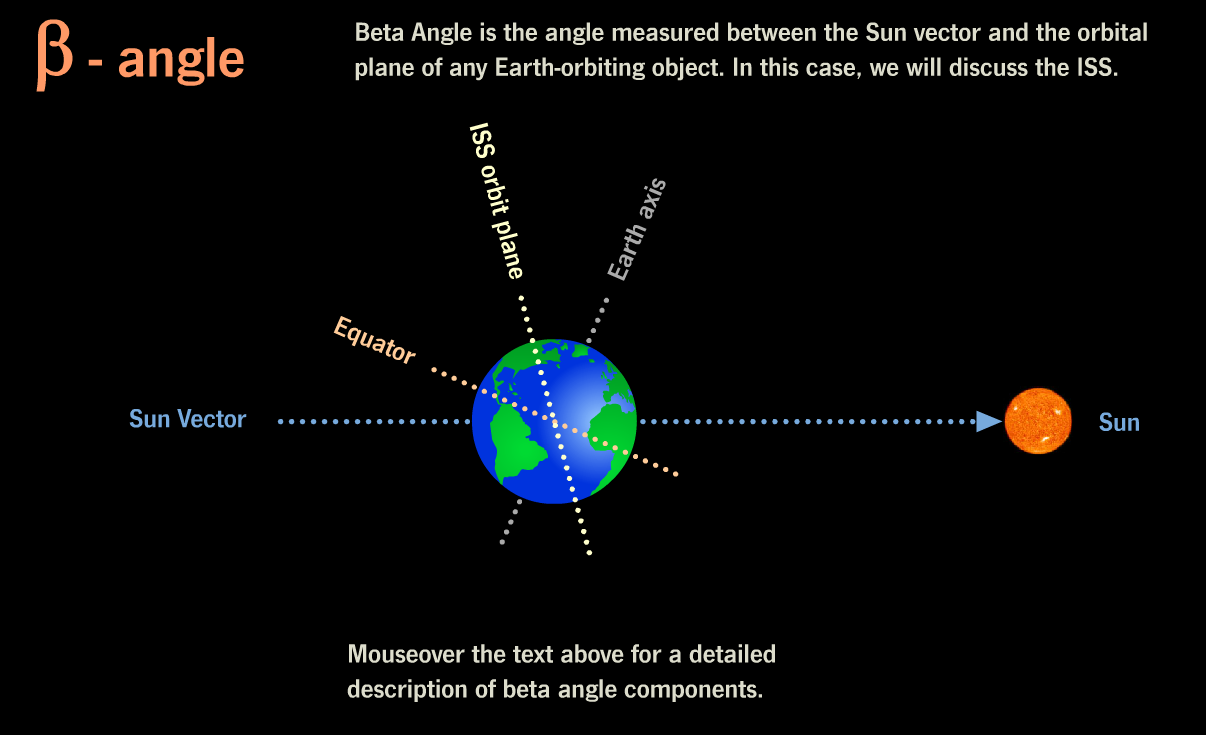 Not the answer you're looking for? Browse other questions tagged iss attitude adcs emergency or ask your own question.

16
How often must the ISS desaturate its control moment gyros?
4
Does the ISS have a rotational motion in addition to its translational motion?
5
Does the ISS yaw in orbit? And if so, why?
7
What are the ISS moments of inertia around design axes?
2
Zarya means “dawn”. Has it ever faced the rising sun?

21
When Mir's attitude control computer failed, why did the station immediately start rotating?
13
Does ISS stop rotation for docking?
9
What ever happened to SpinSat - did it work?
4
Cubesat with 8 arcsecond pointing accuracy - is that typical, or exceptional?
7
How well could the tether tension method of attitude control actually ultimately work for a cubesat system?
6
How well could the ISS attitude control system detect periods of astronaut activity?
12
Xenon vs Hydrazine, “Should I Stay or Should I go?” Dawn mission decisions
2
Hubble's one-gyro mode; how does it work for attitude control, stabilization, and slewing?
12
How was the Space Shuttle Orbiter used for ISS Reboost?