What pattern of satellite release will the pentagonal Iridium arrangement use?

The first ten of eleven OrbComm satellites were deployed in opposing pairs at five different times. The 2nd stage performed roll maneuvers to make sure the initial velocity and/or attitude were optimal. Special thanks to whomever for the forethought of putting the moon in the field of view to make this historic sequence both even more visually rich and educational. At the top you can see the opposing satellite deployed symmetrically at the same time as one at the bottom of the view.

above: SpaceX deployment of the OrbComm-2 satellites GIF made from cropped screenshots of the SpaceX technical broadcast.

However, the Iridium satellites are in a pentagonal arrangement. Will they be deployed as vertical pairs (doubtful - too close together) or perhaps offset pairs - not exactly coplanar along with the 2nd stage axis?

below: Iridium satellites configured for launch by SpaceX Falcon 9, from Iridium Tweet. 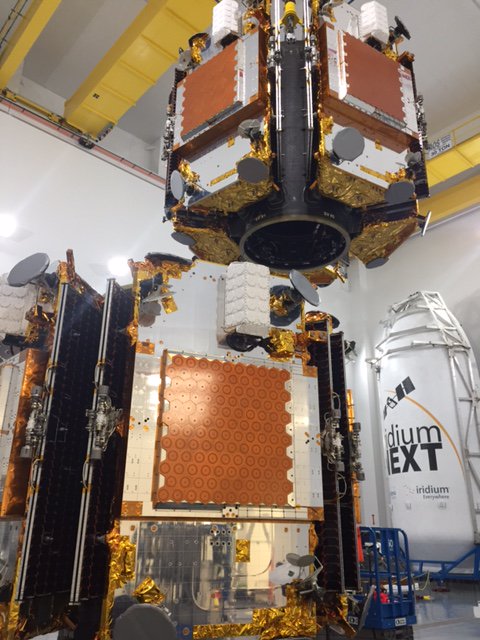 12
What is it that SpaceX is editing out of their videos after posting them on YouTube?
8
What goes into the planning and execution of the deployment of groups of LEO satellites?
5
How were the 10 Iridium NEXT satellites deployed by SpaceX?

2
DId the Falcon 2nd stage turn around [UPDATED] and point "backwards" before the Orbcomm-2 deployement started?
3
When this F9 2nd stage engine suddenly moves upon shutdown, is it moving along the rocket's axis?
11
What (actually) makes Iridium "the world's only truly global mobile satellite communications company"?
5
How were the 10 Iridium NEXT satellites deployed by SpaceX?
8
What goes into the planning and execution of the deployment of groups of LEO satellites?
16
How strong and "hot" is the wind on the payload after the fairing is deployed at ~110km?
5
How much longer will we be able to see Iridium satellite flares?
5
What goes into an Iridium Flare prediction model besides the ephemerides?
5
Efficiency and timing of the Iridium-6/GRACE-FO low-power burn and coast phase?