I was surprised to find out from @JohnnyRobinson's new answer that China's series of Fanhui Shi Weixing spacecraft (FSW) used impregnated oak heat shields. I found this in astronautix:

The capsule for the FSW, like that of the US Discoverer/KH-1 spy satellite, was mounted heat shield-forward on top of the launch vehicle. The ablative impregnated-oak nose cap covered electrical equipment. The spherical aft dome contained the recovery parachute. (emphasis added)

Question: Did these spacecraft re-enter narrow-end or "nose" first? If so, was this aerodynamically stable? Most re-entry spacecraft (manned capsules for example) tend to be larger, blunt-end first. Why would nose-first have been chosen early-on? 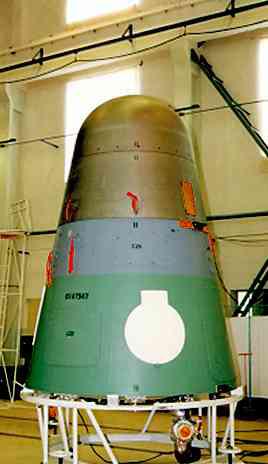 above: Labeled "JB-2" in astronautix, presumably a FSW spacecraft. 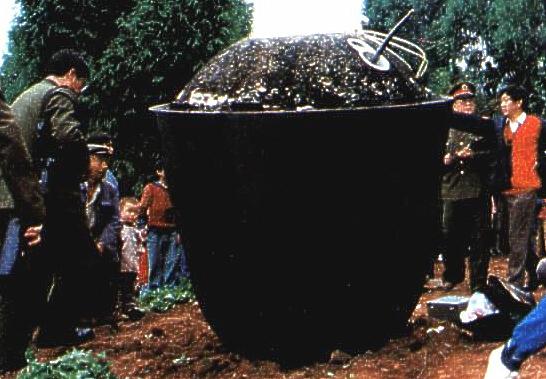 above: "Recovery of FSW-17 photoreconnaissance satellite." From astronautix. 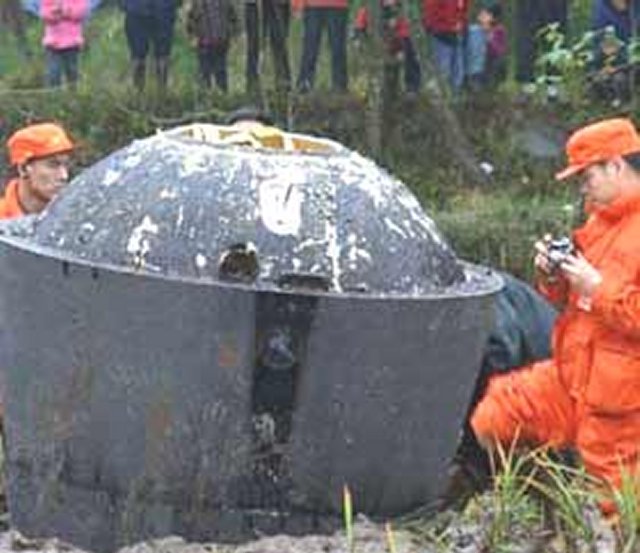 above: Image of FSW-3 or FSW-4 from globalsecurity.org. 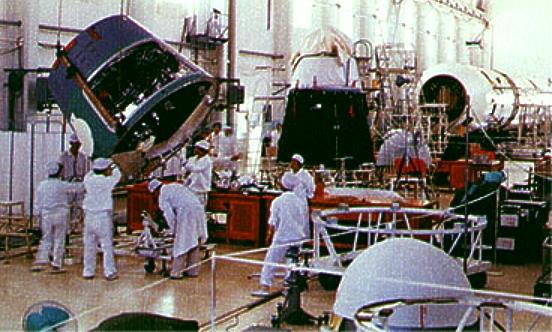 above: "FSW reconnaissance satellite in assembly." From astronautix. 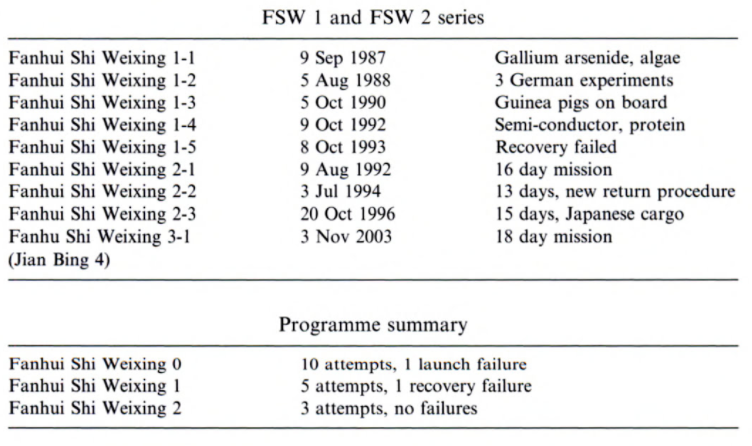 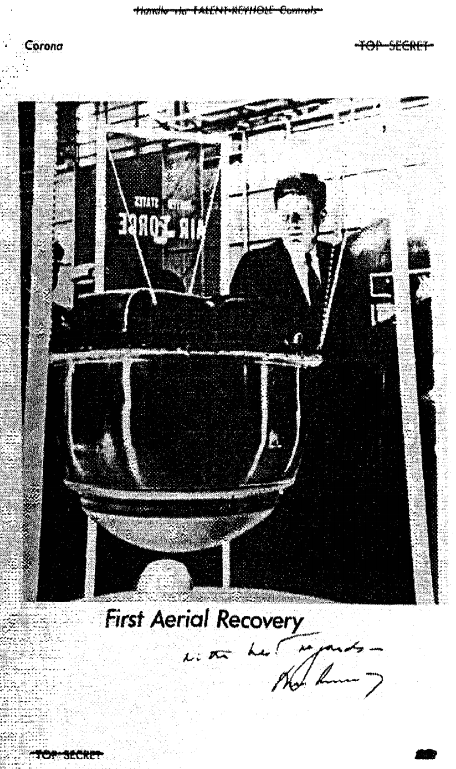 The advantages of the blunt end first design were known well before either vehicle was launched (1958, a few years earlier for spy satellite designers). However, pointy end first is the simplest design that works.

That makes it perfect for early designs or when reliability is more important than launch mass. However, there are a couple of issues that make it impractical for large / manned capsules.

Not the answer you're looking for? Browse other questions tagged artificial-satellite reentry or ask your own question.

20
What are the end-of-life options for large classified satellites?
18
Do you need a heat shield to enter the atmosphere from non-orbital speeds?
18
Why do spacecraft enter the atmosphere violently instead of a smooth spiral?
22
What satellites did the Shuttle retrieve from orbit?
2
The Tootronaut is ready to enter the Earthtoo atmosphere, will it be twice as hot?
5
Will SpaceX vehicles orbit Mars before they enter the atmosphere?
5
Why were Europe's first few satellites so stylish? Why the pronounced alternating white and black stripes?
6
How did the Corona (Key Hole) satellites film canisters deorbit?
24
How did two satellites end up in almost the same orbit except moving in opposite directions?
8
Where are MEO satellites put at the end of their operational life?