What will the X-ray communications (XCOM) transmitter look like?

The NASA news article NASA’s NavCube Could Support an X-ray Communications Demonstration in Space — A NASA First mentions the potential use of X-ray wavelengths for improved range of deep space communications. So far the only advantage I can see over optical communications is the shorter wavelength, which means potentially less divergence for a given aperture.

For example, using round numbers, a 1 eV photon has a wavelength of roughly 1 micron. Transmitting back to Earth with a 10cm aperture, the divergence angle would then be 1E-05 radians (about 2 arc seconds), but use of that requires:

These are all certainly doable. Fine control of beam pointing could be done for example with an actuated MEMS tracking device at the focal plane, but locking on to and tracking an optical beacon would get hard because of the significant optical delays. Let's assumed this is solved somehow — perhaps by tracking incidental stars through the same optical path (off-axis).

Question: Is there any research, or even speculation of what an X-ray transmitter in deep space would look like? Or is the advantage of X-rays for deep space not actually related to diffraction-limited optics?

Update: Even a prototype will do, it doesn't have to be a read-for-prime-time deep-space-capable transmitter.

Something different to a X-ray tube would be needed.

I'm not sure what the 'antenna' for an X-ray comms system looks like (if I were to hazard a guess, probably a large-area screen + PMT detector like that of backscatter systems), but NASA's Miniaturized High-Speed Modulated X-Ray Source (MXS) might be what's on the ISS.

Rather than getting its electrons from thermionic emission, it uses a photocathode illuminated by a fast LED that does the actual modulating, and an electron multiplier!

The MXS produces electrons by shining UV light from an LED onto a photocathode material such as magnesium. The electrons are then accelerated across several kV and into a chosen target material; deceleration produces X-rays characteristic of the target. The MXS uses an electron multiplier for high X-ray production efficiency. 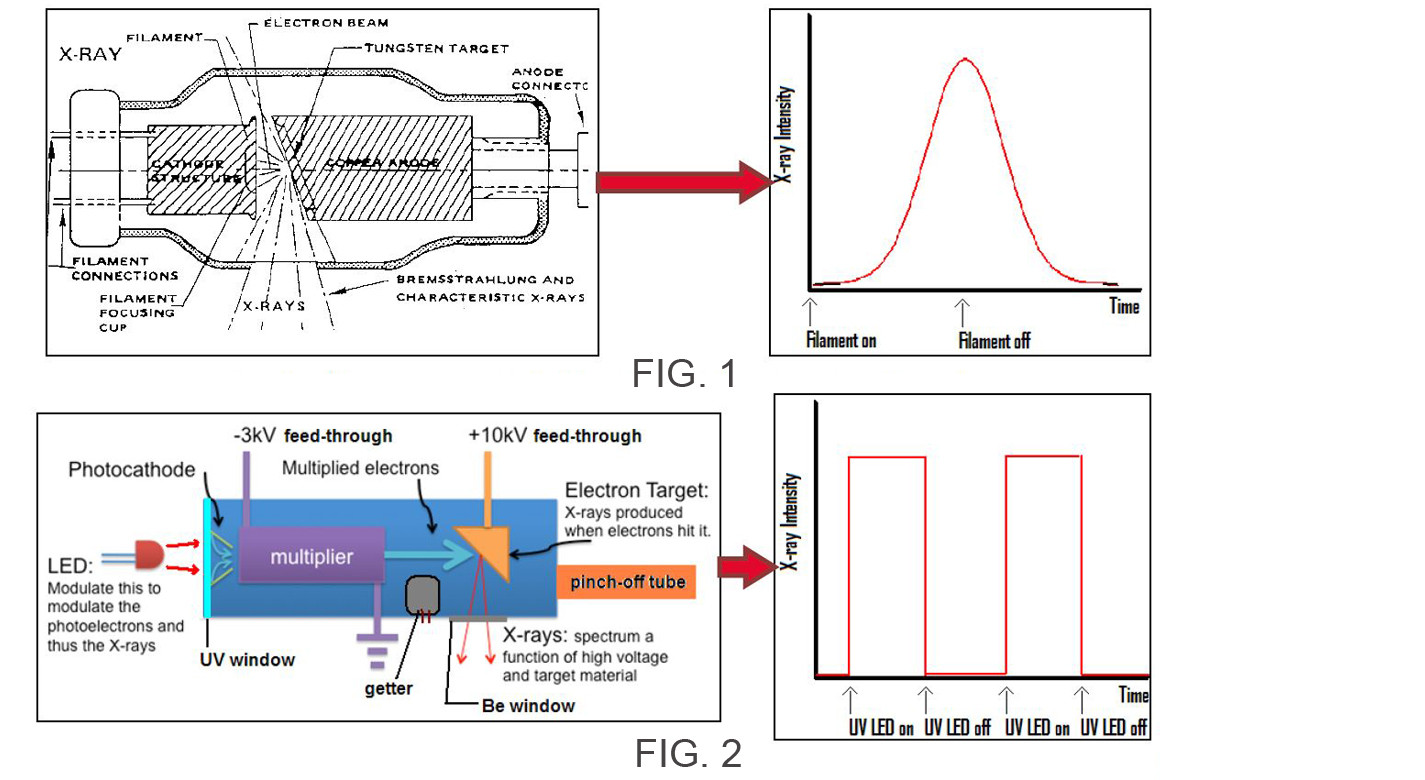 Not the answer you're looking for? Browse other questions tagged communication deep-space nicer x-ray-communication or ask your own question.

12
Highest DC voltage ever intentionally produced in space?
4
Do a significant proportion of cubesats (or any at all) have articulated solar panels/sails which can be pointed at the Sun?

2
How will NavCube (actually) be important for the XCOM testing and demonstration?
7
Laser communication for interplanetary probes - aiming is impossible without beacon?
1
Yet another OSIRIS! Has the DLR/GOM Space test of the cubesat optical communications link happened yet?
2
Quantitatively, why will optical communication be better than X-band for deep-space communications?
3
How exactly were the signals from quad dishes of Apollo Deep Space High-Gain Antenna or Russian B-529 processed for local control of tracking?
1
Will future deep space optical communications “ground stations” actually be in space, or on the ground?
5
How do the small radio receivers on space probes catch enough of a signal to communicate with us?