What are the issues and concerns related to turbopump blade cracks and manned spaceflight?

While the WSJ headline sounds ominous: Congressional Investigators Warn of SpaceX Rocket Defects, Quartz's SpaceX needs to redesign its engine to ensure it is safe for human spaceflight seems to be a better description. Cracking in the blades seems to be known and not unusual, and has been taken into account in turbopump design. It seems SpaceX is already working on some improvements to address these concerns with regard to manned spaceflight.

Is the issue and concern that it increases the likelihood of an engine failure - especially 2nd stage when there is only one engine, or is it like throwing a piston rod - where stories claim it can come shooting out of the hood and damage anything else in its path, possibly a propellant tank or two?

Or are there other issues related to pump failure - burst lines, leaking propellants, etc?

Question: What are the issues and concerns related to turbopump blade cracks and manned spaceflight?

Turbo pumps have parts spinning at thousands of RPM, which means the blades in the pump have a great deal of energy. A turbine blade crack can lead to a fracture which will fling the failed turbine part into the pump. The best case would be for the pump to fail in a contained way, either by the piece jamming something or ripping bits of it apart, which would lead to a loss of power in the rocket which may or may not cause an abort. The worst case scenario (and more likely given the energies involved) is an uncontained failure of the pump which will perforate the rocket in multiple places, including other pumps, fuel lines and tanks, which will lead to a catastrophic explosion.

Turbine failures in rocket motors have happened. In the Space Shuttle program there were contained pump failures where after a failure in testing:

A post-test inspection revealed that a first-stage turbine blade had broken off and inflicted significant damage to both turbine stages. Figure 17 shows the damage to the first-stage wheel. The engine was shut down safely with no other engine damage. Two weeks later, on December 1, 1977, Test 901-147 on Engine 0103 experienced a similar failure at slightly above 80 percent power level. This time the damage was more severe. The turbine blade debris caused the rotor to seize up, resulting in the cessation of fuel flow and very LOX rich operation. Major burning throughout the hot gas system followed; but, although significant damage was sustained, it was contained within the engine with no external burnthrough.

More recently an Antares rocket exploded just above the pad when a turbine failed in flight:

The failure began in one of the Antares rocket’s two AJ26 engines, when a spinning rotor inside a liquid oxygen turbopump contacted another component inside the powerplant, triggering an explosion, according to engineers. 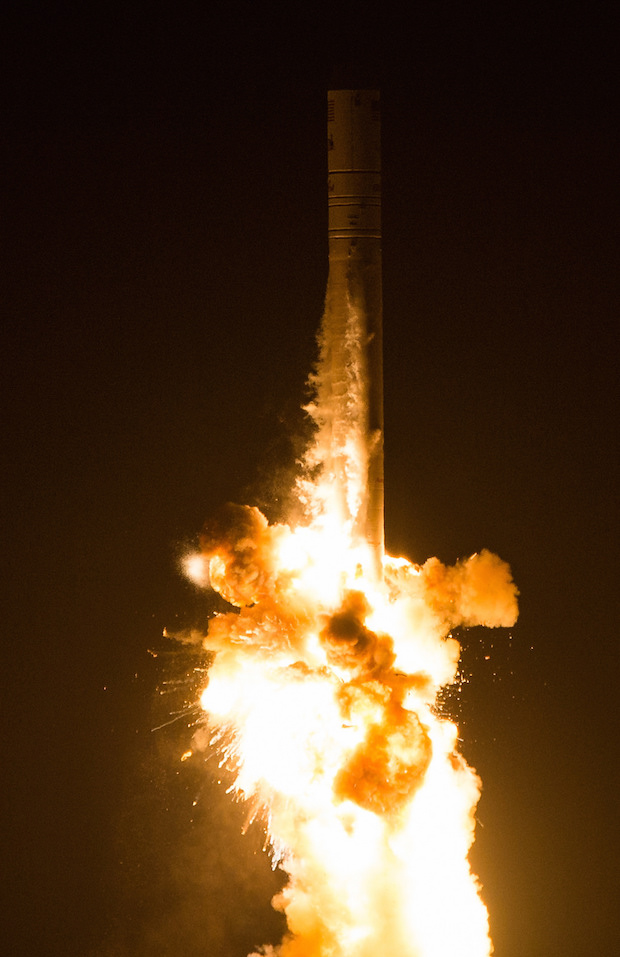 Once a rocket lifts off any kind of abort will require the activation of the launch escape system for the crew to survive, which is not a scenario to be taken lightly as there's a great deal of risk involved. If a satellite is destroyed on launch it's a shame but you can build an identical one, if a person is killed you don't have that option, which is why there's this scrutiny.

Not the answer you're looking for? Browse other questions tagged engine-design engines safety turbomachinery turbopump or ask your own question.

7
Which STS mission raised the normal engine throttle above 100%, and what change to the SSME made that possible?
1
Why are the ISS attitude values shown on these two web sites so different?

8
Flight testing before manned flights: what are various countries' requirements?
13
Why don't rockets drive the turbopump from the combustion chamber?
6
At what pressure ratio did the fuel turbopumps of the F1 and J2 operate?
5
What are some common (but non-obvious) materials that are particularly unsuitable for spaceflight?
1
Pressure in the turbopump
4
Does engine purging cause dry run of turbo pump in a liquid rocket engine? If it occurs, what is the implication?
2
Is it possible to use hybrid propulsion to drive the turbopump?
4
Saturn V and Atlas Engines exhaust issues
16
What is an "exhausterator" and what does it do?
3
What is the inlet and outlet pressure of Merlin LOX/RP-1 turbopump?