What were Prince Sultan's duties in STS-51-G?

Prince Sultan bin Salman Al Saud was the first (and so far only) Saudi astronaut, and was included in the crew of STS-51-G as a payload specialist representing Arabsat. Does that mean his role was strictly honorary and he had no explicit function within the mission (somewhat like the Teacher in Space Project)?

In essence, what were his duties aboard the mission as a payload specialist?

It's important to note that Al-Saud (the way his name was listed in his NASA bio, now gone down the memory hole like most of jsc.nasa.gov) paid for his ticket.

Back in those days of flying commercial payloads on the Shuttle, it was possible to pay for a payload specialist seat as part of "Standard Launch Services". 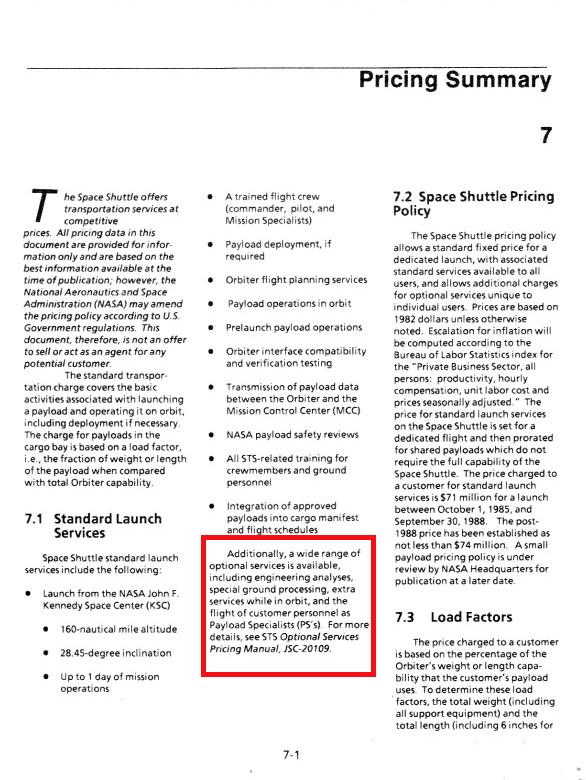 See also Rodolfo Neri Vela of Mexico who flew as a payload specialist when the Mexican communications satellite MORELOS-B was launched from STS-61B.

Their countries paid for the payload, which included the payload specialist seat, and got to pick who flew.

What they actually did on the flight was of secondary importance. Unfortunately, these missions flew too long ago to have their flight plans posted online, which would be the definite answer of what each crewperson did.

Sultan Salman Al-Saud, the Saudi Arabian payload specialist was not involved in the deployment activities of Arabsat.

but goes on to say

In another experiment, two liquids which do not mix on Earth were studied in microgravity. They were referred to as "phases." Using Phase Separation Experiment hardware developed at the NASA Marshall Space Flight Center, Salman Al-Saud placed various concentrations of Saudi, Kuwaiti and Algerian oils mixed with water in a hand-held, transparent Plexiglas container with 15 chambers, each having a small metal mixing ball. He shaked the container and mount it in front of a fluorescent light, then photograph the separation and record his observations [sic].

The Ionized Gas Experiment (ICE) required that Sultan Salman Al-Saud, using the Orbiter Discovery's TV cameras, recorded thruster firings in specified configurations to study the mechanics of thruster plumes and the degree off Ionization produced. This experiment was part of a Saudi Arabian student Ph.D. thesis at Stanford University. Purpose was to assess the thruster plumes effect on operations measurements and communications associated with space vehicles. The data obtained also were analyzed at the university of petroleum and Minerals for a better understanding of the impact of gas particles on solid surfaces. Salman Al-Saud also photographed the Arabsat satellite's rocket engine firing.

Salman Al-Saud assisted French payload specialist Patrick Baudry in the postural Experiment on the adaptation mechanism of the sensory motor activities. This included posture stabilization and orientation and the role of vision in posture control and reflex mechanisms that stabilize the retina. Requiring about 3 hours, the experiment was performed before, at the beginning, during the middle and last day of flight two times a day.

I would stay away from terms and sayings such as "honorary" and "no explicit function" -- especially when you are talking about Christa McAuliffe. It's insulting.

Having said that, there is a history of sending astronauts into space for indirect purposes. Early astronauts were really not required for the mission other than to demonstrate survivability -- far from an "honorary" role... McAuliffe's purpose was perfectly in line with the overall mission of NASA to build a scientific/technical American workforce by inspiring school children. While the appropriateness of that mission for a government agency is subject to debate, her role in it is not.

Finally, if you are going to create a list like this, you probably should include Jake Garn. Even he managed to provide a data point on space sickness...

So, to answer your question directly, no.

Not the answer you're looking for? Browse other questions tagged space-shuttle astronauts or ask your own question.

17
What was the space-worthiness determination procedure for STS-1?
22
Why were jet engines not used in place of the solid fuel in the STS SRBs?
5
Were there any STS missions that included maneuvers that might have photographed ISS's top side?
27
What were the differences between the STS Orbiters?
16
Why so many STS-61's?
7
How many spacesuits were specifically manufactured for John Young?
11
What caused STS-129's low energy condition on the HAC?
1
What EVA activities were planned for STS-80?
10
How were STS SRBs disassembled