I was lately reading about making pictures of ISS. The pictures are not really great from "home telescopes".

I was wondering what the usual altitude of espionage satellites is, given those pictures of i.e. cars are pretty detailed.

That's a great question! So your question is: why are images taken from observation satellites much better than the typical images of the ISS taken from the ground.

Reconnaisance satellites are at similar altitudes to the ISS. The ISS is at 330-400 km, recon sats are in elliptical orbits with a perigee on the order of 250 km.

The big difference is the optics. A photo recon satellite has a telescope with a mirror 2.4 m in diameter (dimensions similar to the Hubble space telescope). Ground-based telescopes that big would have a hard time taking photos of the ISS because they can't be moved quickly enough to keep the ISS in sight.

This is the best ground-based photo of the ISS I've seen yet. It was made with a 0.64 m telescope: 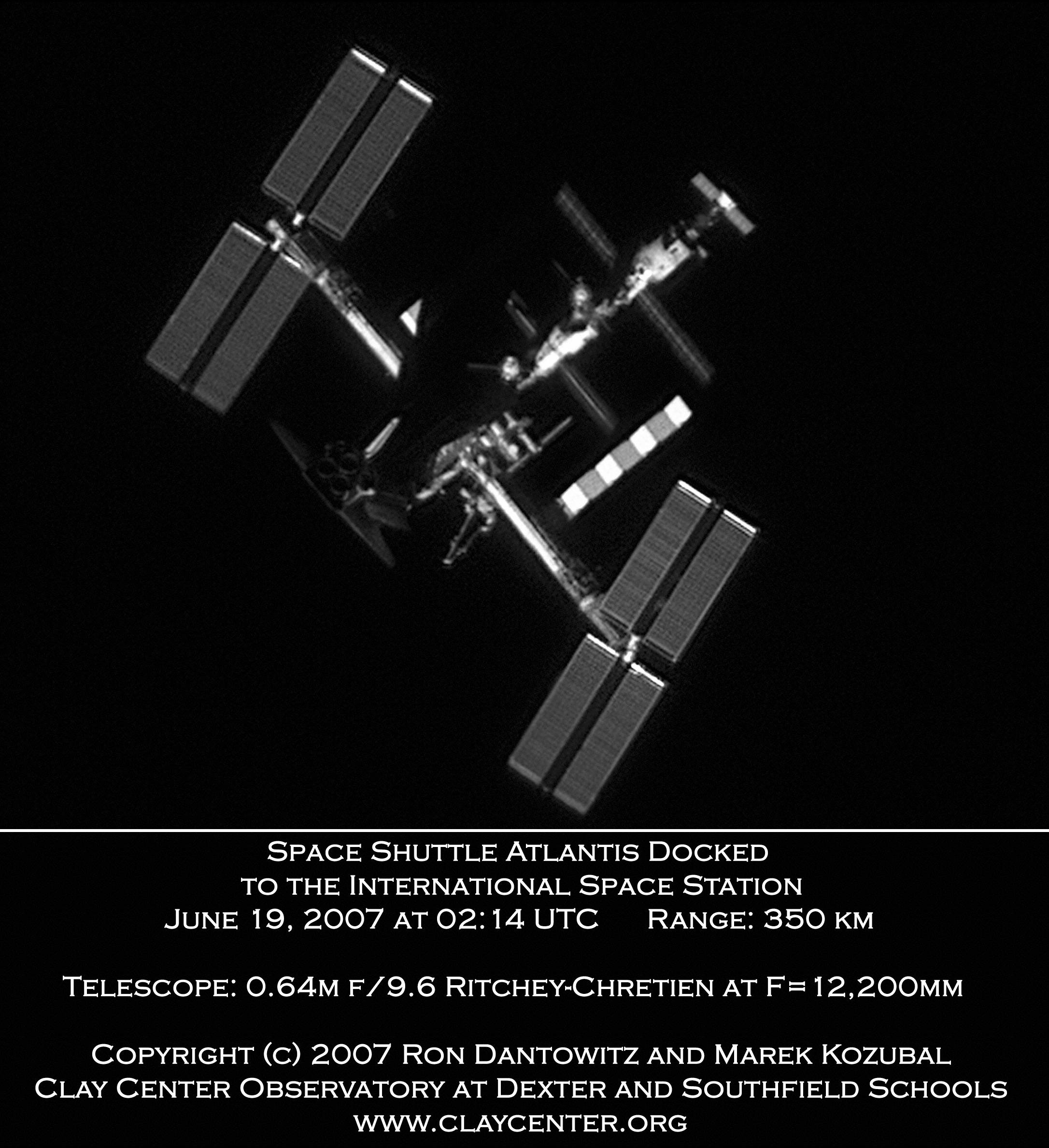 I suspect the main reason large telescopes haven't been used to take pictures of the ISS is that observation time is at a premium: every observatory has a waiting list of people doing actual science. Taking time out to take pictures just for fun wouldn't sit well with the telescope's users.

Not the answer you're looking for? Browse other questions tagged low-earth-orbit reconnaissance-satellite or ask your own question.

7
Why are spy satellites in elliptical orbits?

6
LEO metric to determine the ground track of a satellite
17
What caused the ISS's sudden loss of altitude in January 2015?
2
What makes Gaofen-4 “the most powerful GEO spy satellite”?
10
Could Steve have hurt the ISS?
5
What is the typical relative impact velocity of orbital debris in low Earth orbit?
2
Trying to understand the two “holes” in this alt/az plot of the ISS
8
Did the Soviet Union put an unmanned satellite in “very low orbit”above the Kármán line which used aerodynamic attitude control?
12
Temperature of a satellite orbiting in low Earth orbit
3
Why do orbits in the Iridium constellation have an inclination of 86.4°?