What makes Gaofen-4 “the most powerful GEO spy satellite”?

That's about the same size as the cameras on deep space or planetary science missions, LEO spy satellites have apertures of 1 or 2 meters (or even more perhaps). Here's what a 1.5 meter spysat looks like. Even Hubble in LEO is 2.4 meters and if it were just a 21st century technology telescope and imager with a lighter mirror and none of the other science packages, I think it could have been lofted to GEO.

Is it really a roughly 40 cm camera (16 inches) that is making Gaofen-4 the most powerful GEO spy satellite? It certainly looks like a 40cm telescope in this photo: 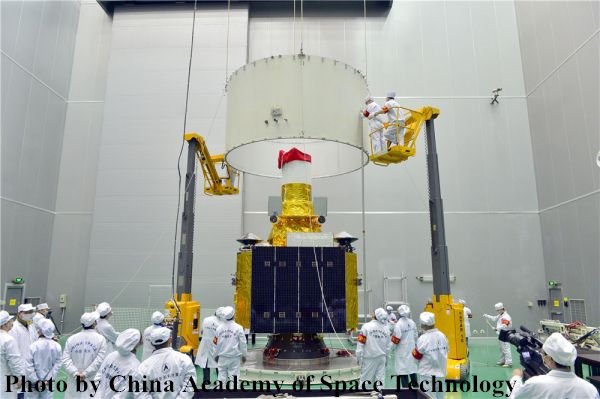 Gaofen-2 employs CS-L3000A bus, configured with one 1 meter panchromatic/4m multi-spectral camera, with designed lifespan of over 5 years. (my emphasis)

The payload fairing is 4.2 meters in diameter. If Gaofen-4's multispectral camera is using a 4 meter aperture, that sounds powerful to me, but I'm not sure why it would be limited to 50 meter resolution on Earth. And if 40cm is in fact the most powerful camera in GEO, I'll also be surprised.

edit: the answer was clear, I just needed reminding that this part was about Gaofen-2 and not Gaofen-4.

To public knowledge, it is the highest-resolution imager in GEO. The 2nd place is occupied by weather sats with instruments like GOCI (https://en.wikipedia.org/wiki/Geostationary_Ocean_Color_Imager), with resolutions around 500m.

The thing is there is a compromise to be made between field of view and resolution: at 50m resolution, GF-4 has a 400km field of view (source https://i.imgur.com/3g6vuSv.jpg). That makes it useful for spotting ships at sea, over a wide area. If it had a 2.4m mirror, it would have a 8m resolution and a much lower field of view. You'll notice that 8m resolution is still not great, and it is not enough to detect vehicles for instance, so the increased resolution does not make the satellite much more useful. On the contrary, it makes it heavier, slower to orient, and less productive due to the lower FOV.

For an overview of the surveillance capabilities from high orbits, you can have a look at https://satelliteobservation.wordpress.com/2016/10/17/persistent-surveillance/

Note that regarding GF-2, "4m multi-spectral" means 4m resolution, not aperture. The aperture is much smaller.

Not the answer you're looking for? Browse other questions tagged china reconnaissance-satellite or ask your own question.

6
What actually happened here with a satellite, the ISS and the moon?

16
What is this red gas at the exhaust of the Long March 3B rocket during liftoff?
8
Any news about the Mars-3 landing site since early 2013?
23
Could a spy satellite in orbit be recommissioned to do astronomy?
19
What is the purpose of the satellite that China is putting in lunar orbit?
2
What radio frequency does China use to communicate with the Chang'e-4 satellite?
25
When was it publicly revealed that a KH-11 spy satellite took pictures of the first Shuttle flight?
3
Could DOD earth observation (i.e. spy) satellites have photographed the Columbia Orbiter on STS-107?
8
Why do the Chinese launch most of their rockets so far from the coast?
3
What is or are the official English names for the eventual space station being built by China, and of the first module that's in orbit now?