Which Apollo "mystery" was said to be finally solved by a better rendering engine?

I remember reading several years ago about a mystery or puzzle about a photograph from an Apollo moon landing mission that had to do with why someone's suit was as bright as it was in the photo. There were quantitative questions beyond the normal conspiracy theory-class mysteries.

The reason I remember reading about it is that a new, improved rendering engine that could model complex surfaces and material properties (and substantial computing time) was used to find the answer. While many rendering engines exist that can produce realistically believable images for normal scenes, the result here was essentially photometric rather than just aesthetic.

So far I can't find this result anywhere. I think I read about it 3 to 5 years ago.

The final conclusion was that...

(mouseover the block quote below)

not a fake, we did go to the moon!

NVIDIA rendered Aldrin descending to the surface and discovered that, just as the conspiracies claimed, it couldn't be reproduced with direct light from the sun as the sole light source. Of course, as in photos on Earth, indirect light (reflected, scattered...) is an important source of scene illumination and must be taken into account.

After adding the indirect, scattered light from the lunar soil and parts of the spacecraft, Aldrin could be seen in the simulation, but still he was darker than in the photograph.

The following are GIF screen captures from the NVIDIA video linked in the article.

However, once NVIDIA included the the highly reflective spacesuit worn by the photographer himself (Armstrong), the simulation matched the photograph.

The key here is the low albedo (reflectivity) of the lunar soil of about 0.12 (12% reflective) compared to the albedo of the white space suit material of about 0.9 (90% reflective). Armstrong's white suit was acting as a reflective "fill light" for Aldrin, who was descending in the shade of the spacecraft.

This is very noticeable from the live video feed - the very bright reflection from Armstrong's suit can bee seen at the left side of the ladder, just below Aldrin's waist. 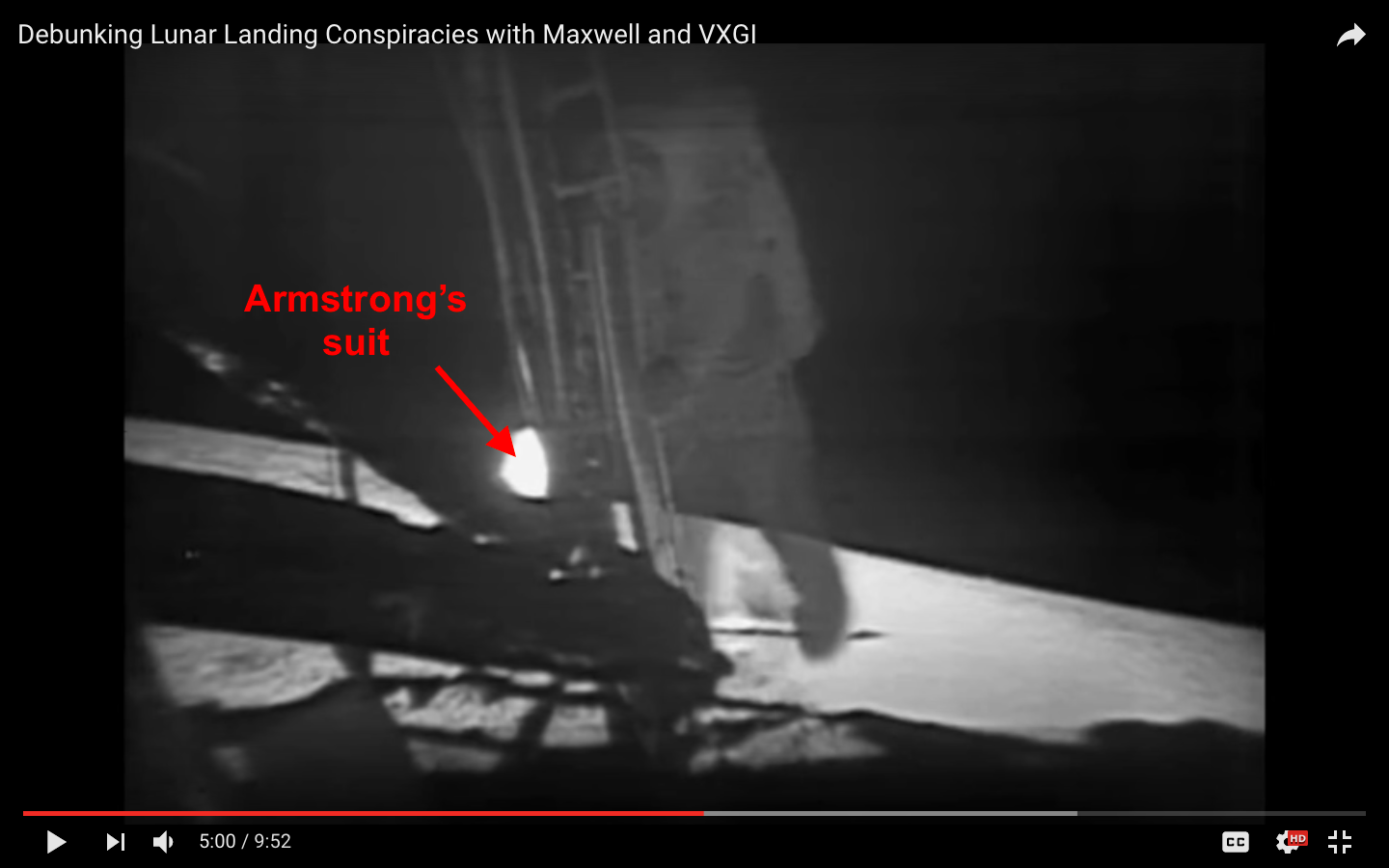 NVIDIA also added a star field to the simulation with the correct brightness, and demonstrated that stars would be invisible at the short exposures needed for the brightly lit scenes on the moon. When exposures were long enough to show any stars, anything else in the scene would be highly overexposed and completely washed out.

Below is an example of photographers using reflected natural lighting from a highly reflective coated fabric, taken from here: 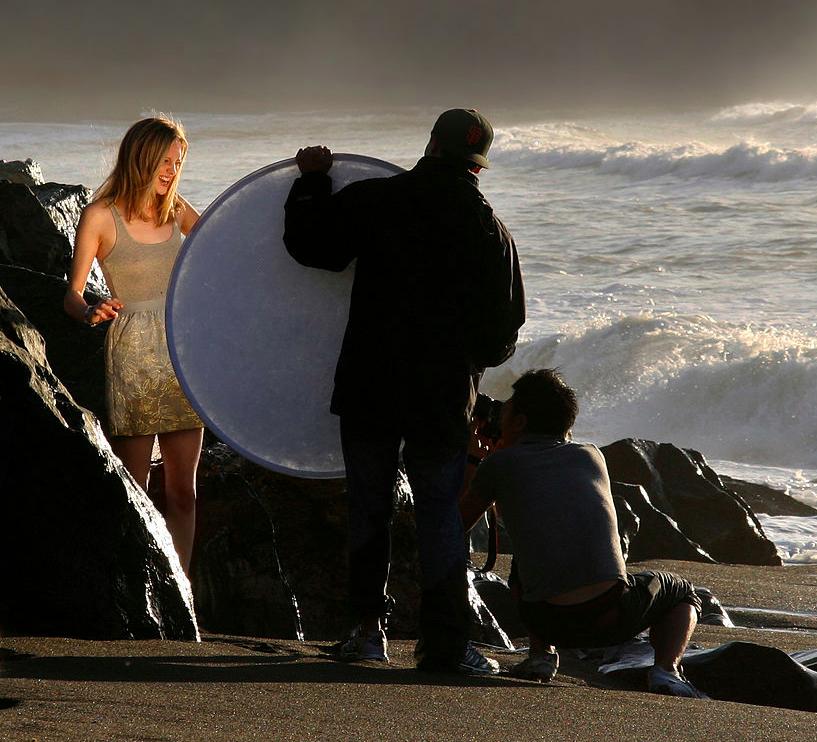 Not the answer you're looking for? Browse other questions tagged the-moon apollo-program imaging photography or ask your own question.

59
Apollo image lighting
33
Why didn't the Apollo 11 lander blow the dust away? (or why does it look like it didn't)
2
Why did DSCOVR increase its pictures rate on February 3rd 2018?
-7
Lot 345 of Christie's "Voyage To Another World" auction supposedly has the only photo of Armstrong on the Moon, but isn't this one also?

15
Why was the Apollo CM main engine thought to be unreliable on Apollo 13?
5
How hot was the surface of RTG radiator which powered ALSEP on Apollo-12?