What is the user interface of SSRMS

How does the control panel for Space Station Remote Manipulator System (the robotic arm) look like, and where is it located?

Is it some joysticks, or just a screen+keyboard? What kind of feedback (video?) does it provide? Does it control separate joints, or just position of the end of the arm? Maybe pre-programmed or automatic maneuvers like "walking" to given Power and Data Grapple Fixture or grappling an indicated PDGF automatically?

The "control panel" is called the Robotics Workstation (RWS). There are two of them onboard the ISS. One is in the US Lab, the other in the Cupola. An RWS consists of four main parts. 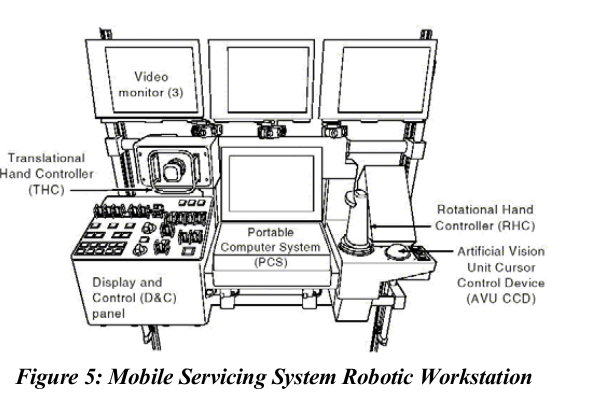 Some limited feedback is provided here by illumination of the buttons. 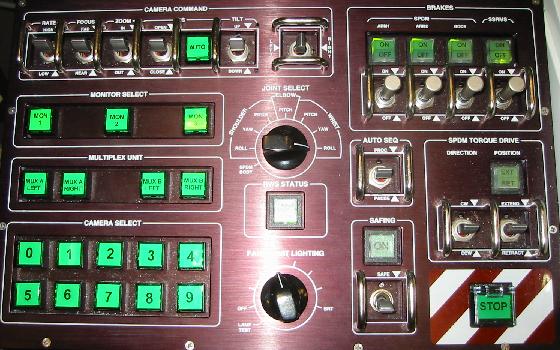 This is the RWS in the Lab. 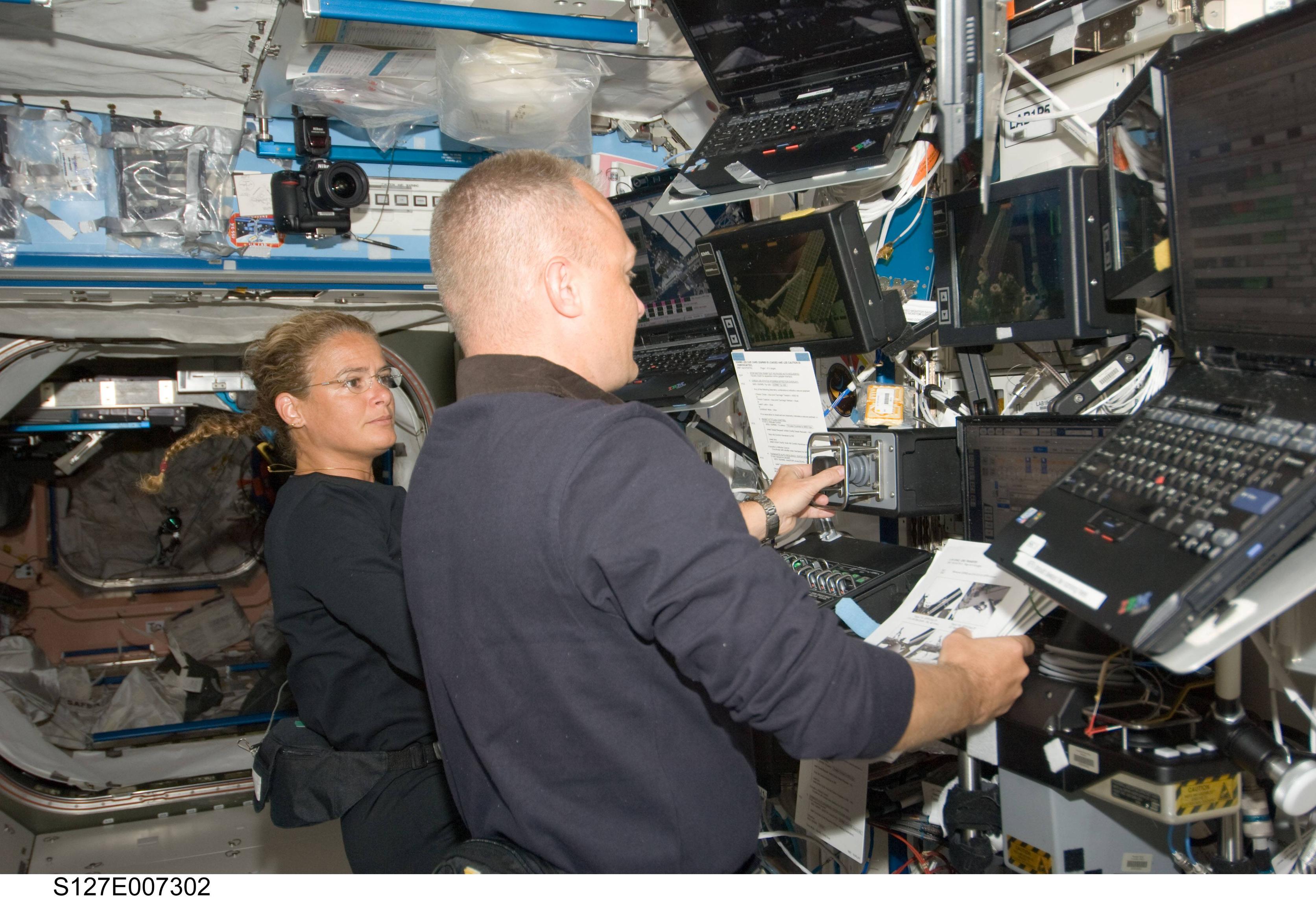 And this is the RWS in the Cupola. 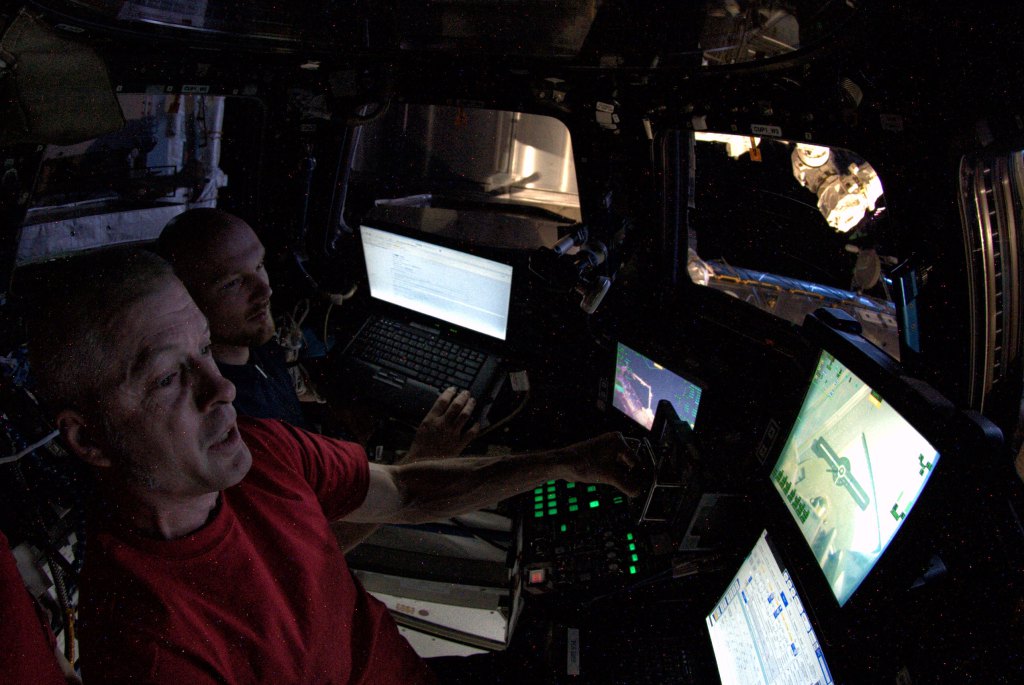 Frames of Reference are key to SSRMS operations.

Final note: Everything can be controlled from Mission Control, and often is. Usually only highly critical operations like grappling or EVA support are done by the onboard crew.

Not the answer you're looking for? Browse other questions tagged iss robotics frames robotic-arm or ask your own question.

13
What is Earthy controlling in the ISS cupola?
10
How does automated docking work and why isn't it used more often?
1
Have optical zoom systems been used in space exploration?
2
How are cameras arranged and used to monitor activities outside the ISS?

9
What is/was the point of Robonaut 2? Has it accomplished anything?
6
What are joint systems used for mounting manipulators to spacecrafts?
7
How many different walk-off maneuvers can the ISS robotic arm do?
3
What are the sounds in this GoPro-in-orbit ISS video?
2
How many robots have been at, in, or on the ISS?
3
How many ISS robotic manipulators are shown in this image, and what are their names?
3
What are robot arm singularities in the context of the Space Shuttle and/or ISS?
2
What have been the most common causes of mishaps or failures with various cubesat mechanisms & components?