Is Soyuz-2.1v as hardy as previous Soyuz launchers?

The Soyuz series of rockets is famously hardy due to its descent from the R-7 ICBM; the last launch of a Soyuz-U took place "on a launch pad covered in several inches of snow...with a launch time temperature near 15 degrees Fahrenheit / -9 degrees Celsius". (source) As I understand it, Soyuz 2.1v, is pretty much a clean-sheet redesign of the Soyuz launcher; will it retain the same ability to launch in adverse conditions?

It has been launched from Plesetsk at 62°46′N, a latitude higher than Anchorage.

The two launches happened so far on December 28 2013 and December 5 2015. Right in the middle of the northern winter. 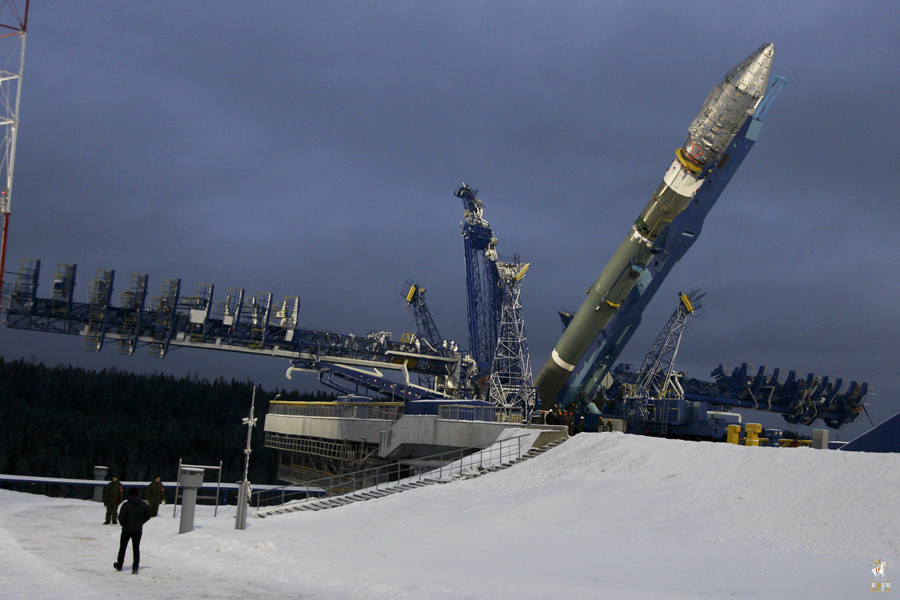 Photo from the Defence Ministry of Russian Federation website.

Redesign or not, there are lots of launches from Plesetsk all year round. That includes all kinds of Soyuz, Rokot, Angara and other rockets.

TL;DR: All the Russian rockets are obviously made to withstand the common winter weather conditions up to -20C/-4F at least. So speaking to "...as hardy as...", the simple answer should be "Yes".

But let's review in more detail:

2.1a is basically the good old Soyuz but the digital guidance system replacing the analog one

2.1v (v being third letter in Cyrillic alphabet а,б,в) has the main engine replaced on top of that

NK-33 engine on the 1st stage. It has a very high performance, on par with RD-180, allowing to get rid of the side boosters. However, being developed for the Soviet moon mission in the 60s, it has a very bad reputation.

If you noticed, Russian engines are usually called RD but this one has prefix NK being developed by the maker of the turbojet engines, but not jet engines. It's a long story, but in short, making a jet engine is not the same as making a turbojet engine even though they are both have words "engine" and "jet" in it. It's like a maker of golf balls was asked to develop a ball for the football, they are both round, both called "ball" and used to play a game but that's about it what they have in common.

For instance, NK-33 relabeled as Aerojet AJ26 it is considered responsible for the 2014 Antares crash. There is a well-known meme how Mr Glushkov, (the developer of the original RD-107 Soyuz engine as well as RD-170/180 family) used to call NK-33 as "the rotten engine".

So having the main engine replaced, it does not really allow to apply the R7 ~2000-and-counting successful launch stats to 2.1v version. Which was kind of "confirmed" during 2016 "Canopus" 2.1v crash. It is not human-rated and will never be.

Also, the supply for NK-33 is limited, the engine is no longer in production, the leftovers from the Soviet moon program is about 20 engines are kept at the warehouse, after using all of them, the engine is supposed to be replaced with RD-193 which will mean, basically, starting over.

So in my opinion, 2.1v does not have much of a bright future in its current shape. The rocket will be used to utilize the NK-33 free leftovers. Thanks to the "rotten engine", most likely, the only consumers who are brave enough to use 2.1v is going to be Russian military/govt-related who don't care much about the insurance cost etc.

Not the answer you're looking for? Browse other questions tagged rockets russia soyuz-launcher or ask your own question.

7
Why do the Russians call the Soyuz launcher the same name as the Soyuz capsule?
9
What purpose do these red “horns” on the Soyuz 2-1B payload fairing serve?
23
Why does the Soyuz Rocket system fire the third stage while stage two is still attached?
5
What is the flyaway cost of a Soyuz and Proton Rocket?
4
Soyuz launcher support
2
Is China collaborating with Russia on the Soyuz, or perhaps developing their own?
1
Angled thrusters on the Soyuz 2.1a?
10
Is this a photo of today's Soyuz anomaly happening in flight seen from the ISS? What are the little dots?