Have guidelines for red & green navigation light placement on spacecraft been established?

update: Cropped screen capture from SpaceX Demo-1 Crew Dragon Docking to ISS - Part 2 after about 00:25:00 in the video: 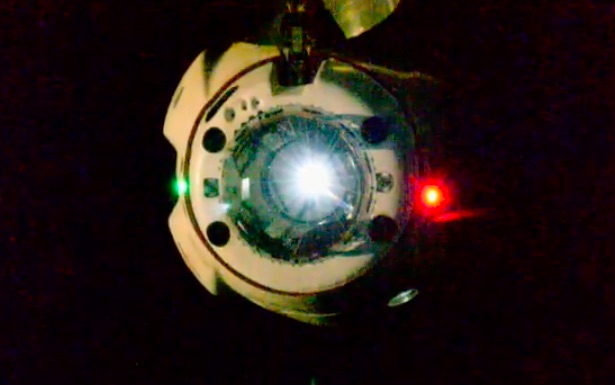 I am curious if guidelines for the placement of red/green navigation lights on spacecraft been established. In maritime and most aviation situations, right/left have meaning because up/down does.

A highly related question would be:

Does this mean that the grapple fixture on Dragon is on the "bottom"? Is this the negative Z direction of this spacecraft's coordinate system?

For background on the use of red/green navigation lights in other craft: 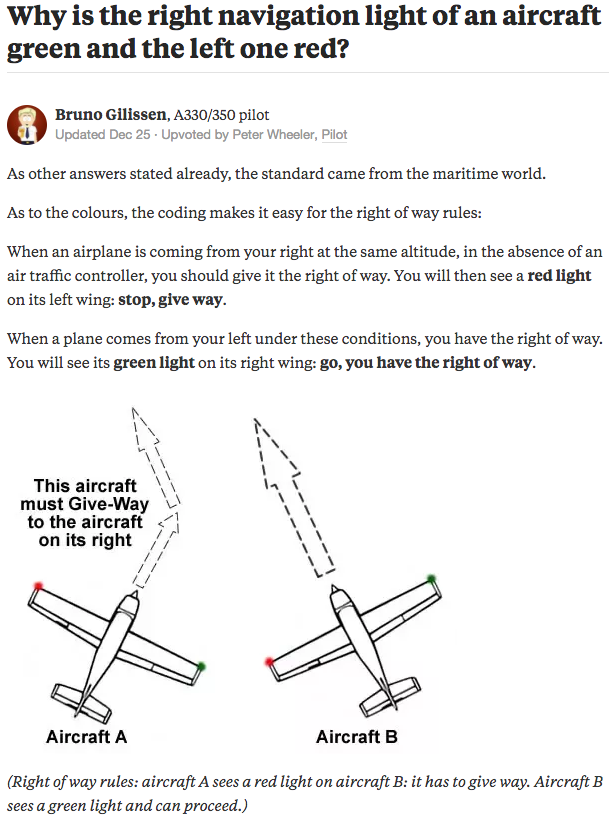 above: from this answer to the Quora question Why is the right navigation light of an aircraft green and the left one red? There are multiple answers shown there.

I wouldn't expect to see any navigation light standards for purely orbital spacecraft - ship/aircraft navigation lights are important for collision avoidance because they show direction of movement, not just orientation. That doesn't work so well when the other vessel is routinely upside down and/or backwards.

Cygnus does have navigation lights with the addition of white and yellow for up and down, but that's in the context of docking, where orientation matters and any configuration can be agreed with the single spacecraft you are trying to dock with.

Where standardized navigation lights would make sense is after reentry - certainly the space shuttle could reasonably be covered by existing civil aviation rules - but all examples to date have been government/military systems and not required to have lights at all.

Tangential to the question the poster child for space planes did not actually have navigation lights so does not set a useful precedent. Have not yet found anything useful for Buran or X-37 though would be guessing that the weight penalty of a compliant navigation lighting setup would be hard to justify given the typical descent profile.

Not the answer you're looking for? Browse other questions tagged communication navigation dragon crs-10 or ask your own question.

6
What is the purpose of red / white lights in ISS / SpaceX Dragon docking?
8
Where/how did the CRS-10 Dragon capsule “wait” before the 2nd, successful docking attempt?