Where is the center of mass of the ISS relative to it's internal coordinates?

I'd like to find a fairly precise location of the center of mass of the ISS. I understand it moves for several reasons, including shifting of loads, flexing, and thermal expansion, but to say 1 meter precision.

I'm guessing it falls within the main structural truss, within Truss Segment Zeros S0, near where the "crew axis" crosses, but I haven't found anything definitive.

I'd like to plot the microgravity field in 3D using Blender. It is calculated referenced to the ISS orbit, but it is pinned to the ISS at the stations center of mass. 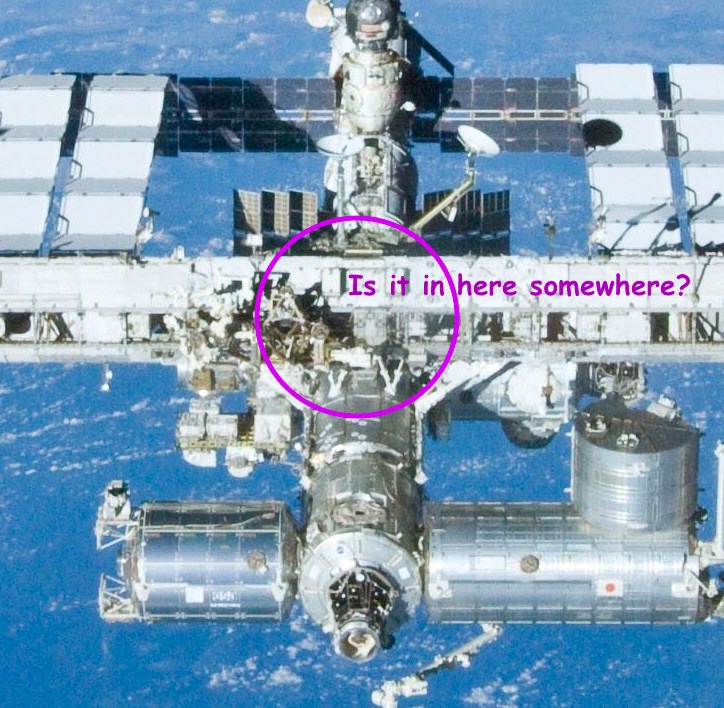 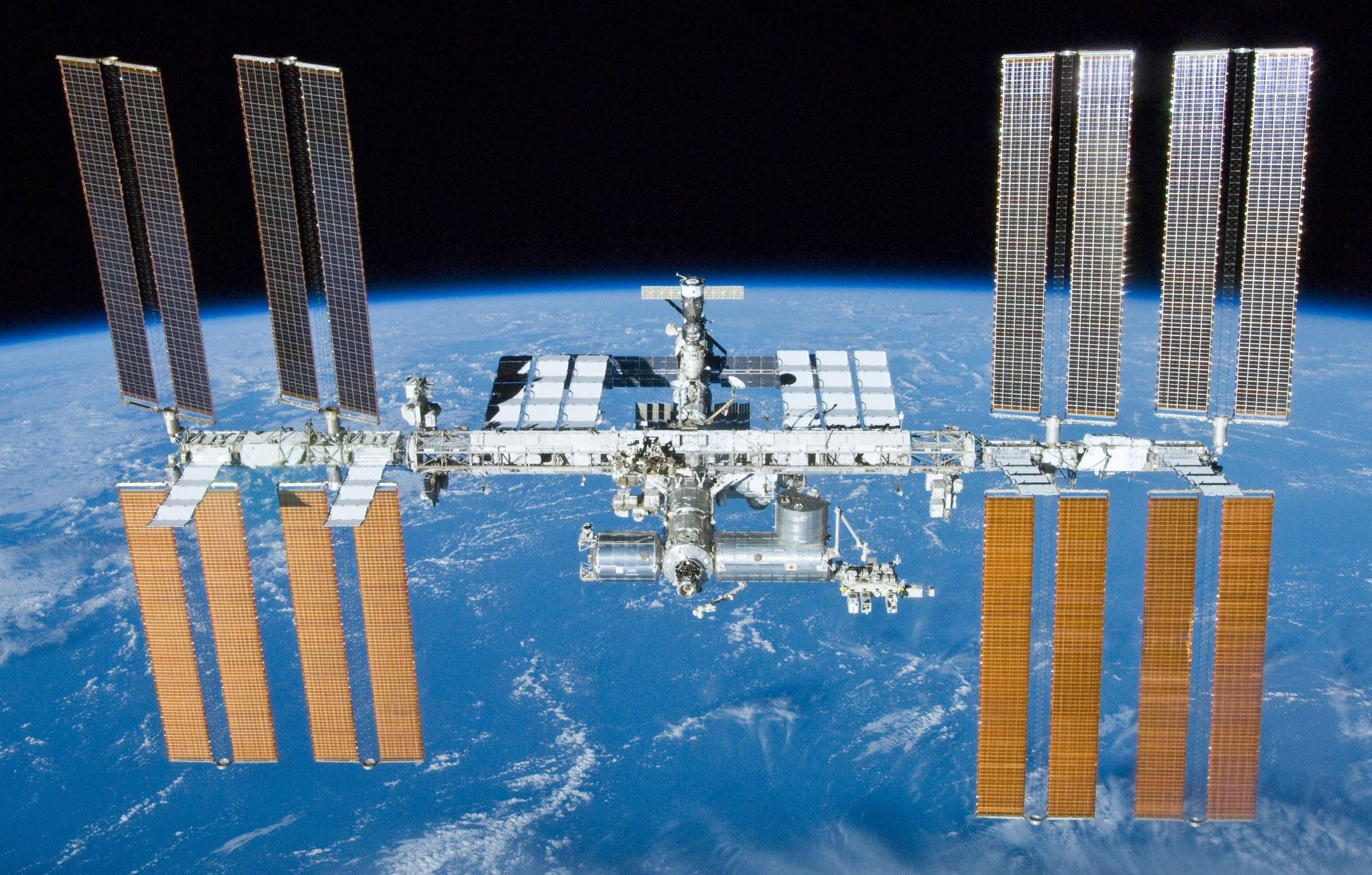 above: International Space Station, from here. 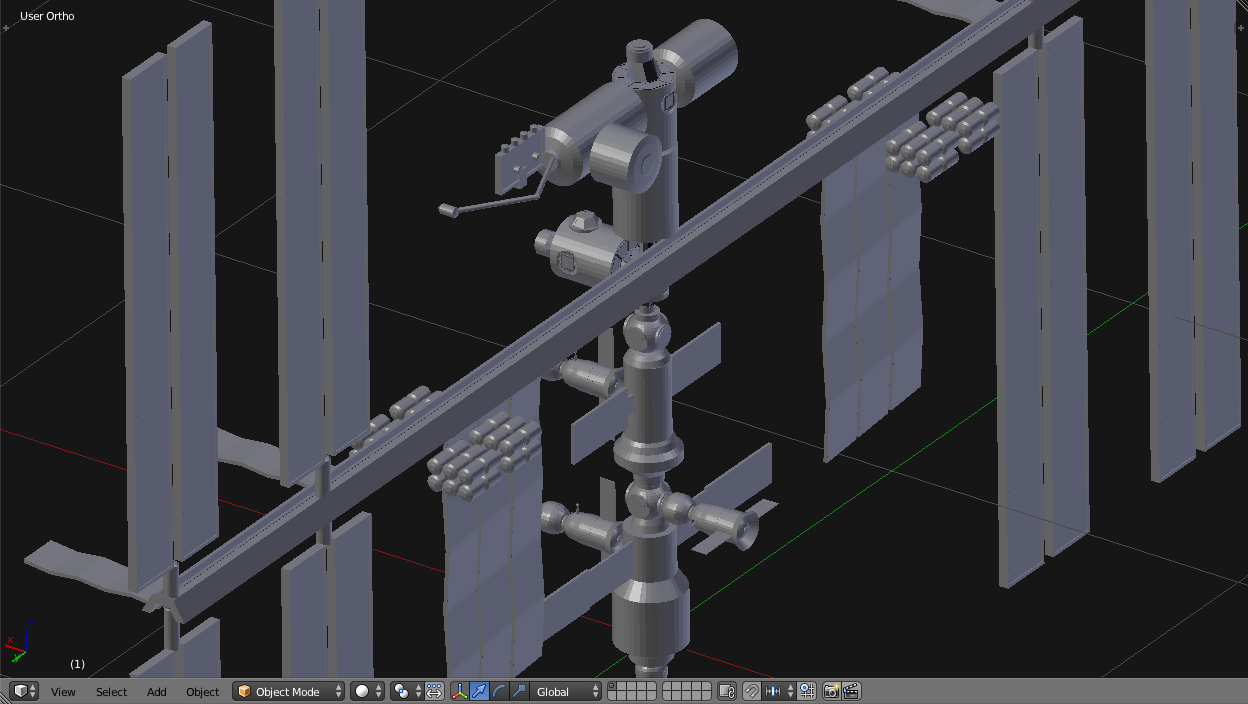 above: Handy little 3ds model of ISS imported into Blender, from here. 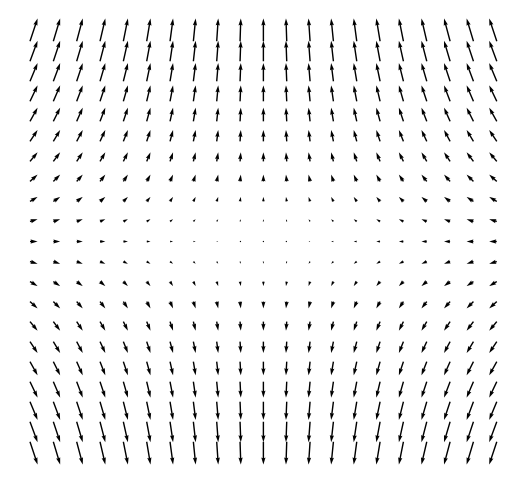 above: 2D Vector plot of acceleration relative to the orbit in a given plane.

The origin is located at the geometric center of the mid-ship Integrated Truss Segment (ITS) S0. The longitudinal x-axis of multiple core modules, including the Zarya Functionalni Gruzvoi Blok (FGB) and Unity Node 1, is parallel with the analysis coordinate system axis XA, positive in the direction of the velocity vector. Positive YA axis runs parallel with the starboard truss from the center point at S0. Axis ZA completes the triad, pointing to the nadir.

The largest part of this document is then devoted to giving you the information about the different configurations of the ISS. For example, for the configuration after the separation the shuttle during STS-132 (see page 542), you get:

Note that the document I linked above ends after STS-133 (early March 2011). That's after most of the assembly was finished, but about 8 t of equipment was since installed, most of it during STS-134, so you may have to look for a more current version of the document if you need high precision information on the current state of the station.

Not the answer you're looking for? Browse other questions tagged iss spacecraft design or ask your own question.

19
Does the ISS have zenith-facing windows?
4
Have people in orbit ever been bothered by the difference between their orbit and the station's?
1
Why are the ISS attitude values shown on these two web sites so different?
3
What is the acceleration in an orbit decaying due to air resistance relative to one not decaying?
3
What's the longest time that an astronaut remained in free fall?
2
What's the farthest an ISS astronaut gets from the station's center of mass during routine activities? At 0.5°/s what centrifugal effects are there?

10
Does any site track the mass of the ISS?
11
How did Energia Buran handle center of mass during flight?
3
For the purposes of attitude control, do gyrodynes need to be placed at the center of mass?
5
Approximate sizes and relative positions of the ISS' cupola windows?
7
What does the ISS Mission control center do?
9
Why was the ISS' DC vacuum cleaner replaced with an AC version? Are there "wall sockets" throughout the ISS where it's plugged in?
6
Is there internal diagram of Zvezda or information about the internal size of Zvezda?
4
ISS Destiny Module inner wall: thickness set by internal atmospheric pressure or by mass density needed for meteor shielding?
8
Building the ISS LVLH frame in ECEF/ITRF coordinates