What naturally occurring navigational information is available for an autonomous return of SLS's EM-1?

This answer details some of the requirements that would need to be met if the Space Launch System's planned Exploration Mission 1 were to be human rated.

I've further trimmed that truncated selection from the Human Rating Requirements for Space Systems document down to four items that mention autonomous operation in the event of some particular catastrophic event.

Suppose a contrived, hypothetical catastrophic event occurred which blocked telemetry and any GNSS${}^*$ from Earth and introduced a small but unquantified changes in heading, as the spacecraft was approaching the moon. Here "unquantified" means that for some reason the otherwise excellent inertial guidance system was unable to accurately record some substantial propulsive impulse.

Question: What naturally occurring navigational information might the navigation system use to autonomously and safely go around the moon and return to Earth for a safe and successful reentry and landing?

note: The scenario is not intended to be a realistic situation, but only to help set the stage for a hypothetical question; if a spacecraft were suddenly to find itself in the Earth-Moon system, could it deduce its state vector and navigate to a landing without "help".

Cameras + image processing comes to mind, but they would have to be carefully calibrated in order to allow eventual regeneration of accurate state vectors. Radar timing of the lunar surface during the close passage also comes to mind. Are these accurate enough to be sufficient to execute a safe reentry, or is more needed?

I'm trying to understand what naturally occurring navigational information is available in cislunar space that would facilitate a spacecraft's 100% autonomous planning and execution of a safe return if artificial data from earth (telemetry, GNSS, etc.) were not available and inertial guidance historical data were imperfect.

${}^*$GNSS fixes are potentially available intermittently to spacecraft in cislunar space, see the answers associated with this and this and this question.

3.2.11 The crewed space system shall provide the capability for autonomous operation of system and subsystem functions which, if lost, would result in a catastrophic event (Requirement 58576).

3.6.2.1 The crewed space system shall provide the capability to autonomously abort the mission from Earth orbit by targeting and performing a deorbit to a safe landing on Earth (Requirement 58625).

3.6.3.1 The crewed space system shall provide the capability to autonomously abort the mission during lunar transit and from lunar orbit by executing a safe return to Earth (Requirement 58627).

3.6.4.1 The crewed space system shall provide the capability to autonomously abort the lunar descent and execute all operations required for a safe return to Earth (Requirement 58629).

Optical navigation would be more than sufficient. Images of the Moon and the Earth against key stars, a clock, and a computer is all you need. Apollo had such a system as a backup, which was used to verify the ground tracking results.

This is the Apollo sextant: 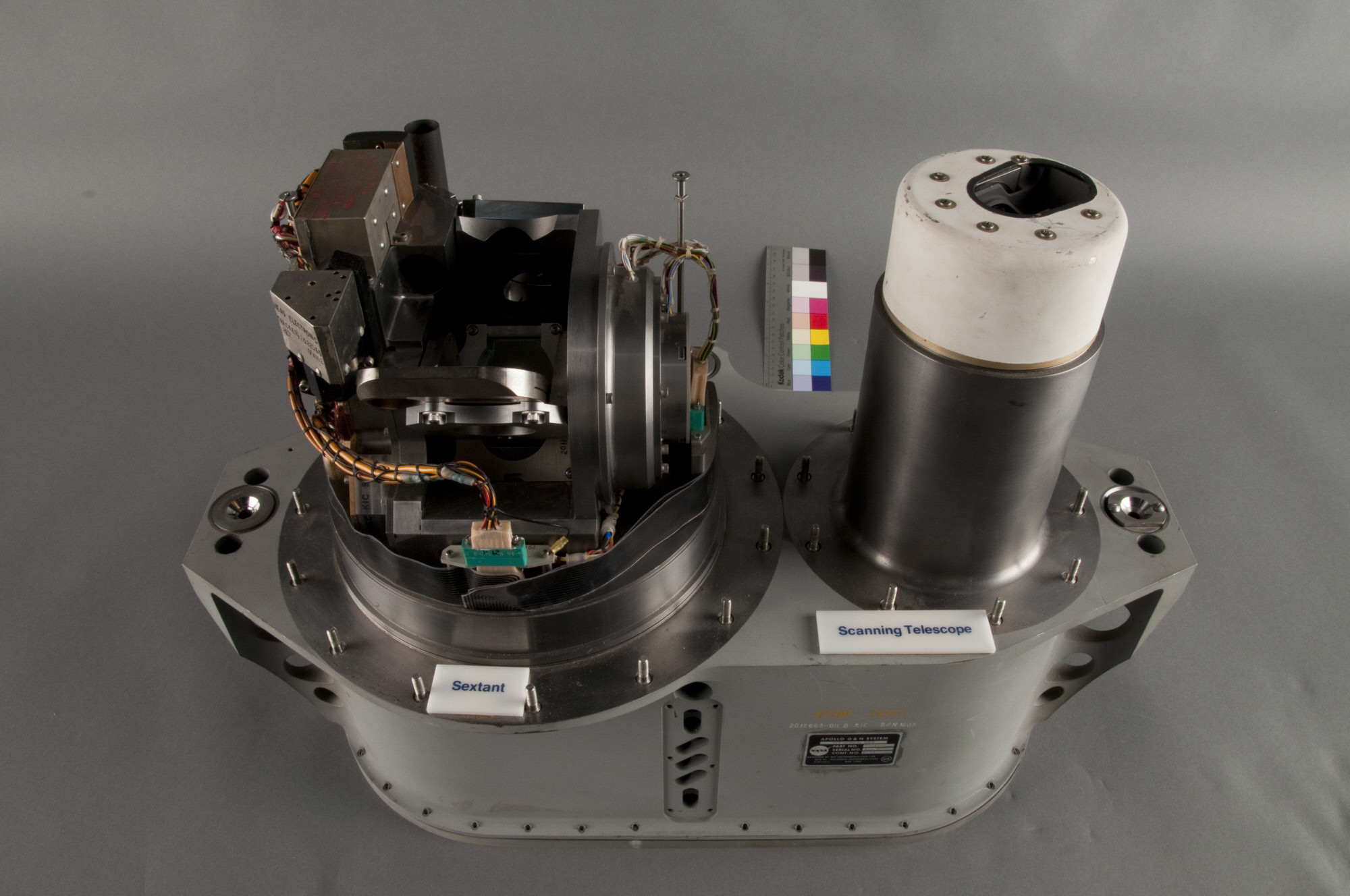 The definition of "autonomous" in the document is:

Autonomous: Ability of a space system to perform operations independent from any Earth-based systems. This includes no communication with, or real-time support from, mission control or other Earth systems.

So indeed the orbit determination would need to be possible using only on-board resources. Though you need to be able to look at the Earth, so hopefully the Earth itself is not considered an Earth system.

Not the answer you're looking for? Browse other questions tagged navigation sls autonomy or ask your own question.

19
What is the deepest position in space we can get a GPS signal?
20
How far up have satellites used a GNSS for positioning, and how does the precision degrade with altitude?
13
Will Glonass, Galileo, or BeiDou-2 satellites provide better cis-lunar navigation than GPS?
4
How did the automatic sextant on the late-1950's MIT Mars Probe work?
3
Human Rate the ICPS on EM-1 of SLS
2
What is the nature of the sextant tests on the ISS for Orion cis-lunar emergency navigation?

13
Will Glonass, Galileo, or BeiDou-2 satellites provide better cis-lunar navigation than GPS?
5
What are the future prospects for spacecraft autonomy
6
Is NICER/SEXTANT the first civilian "spacecraft" to determine it's own position in space without GPS or uplinked data?
4
Help understanding BepiColombo's weak capture at Mercury's L1 and need for delta-differential one-way range measurements
0
Why did NASA need to attach smartphones to the SPHERES robots in order to link them to the ground?
4
How to estimate that receiving GNSS signals Earth while orbiting the Moon will still provide locations to about 200 meters of uncertainty?
3
Lunar satellite navigation system
10
Could Apollo's Sextant navigation use similar geometry as Marine Navigation?