What are the proposed causes of these striations on Phobos?

In a picture of Phobos, it appears as if there are striations which circle it, and orthogonal striations which are reminiscent of topological maps. Are these digital photography effects or real? If they are real, what explanation do we have for them? 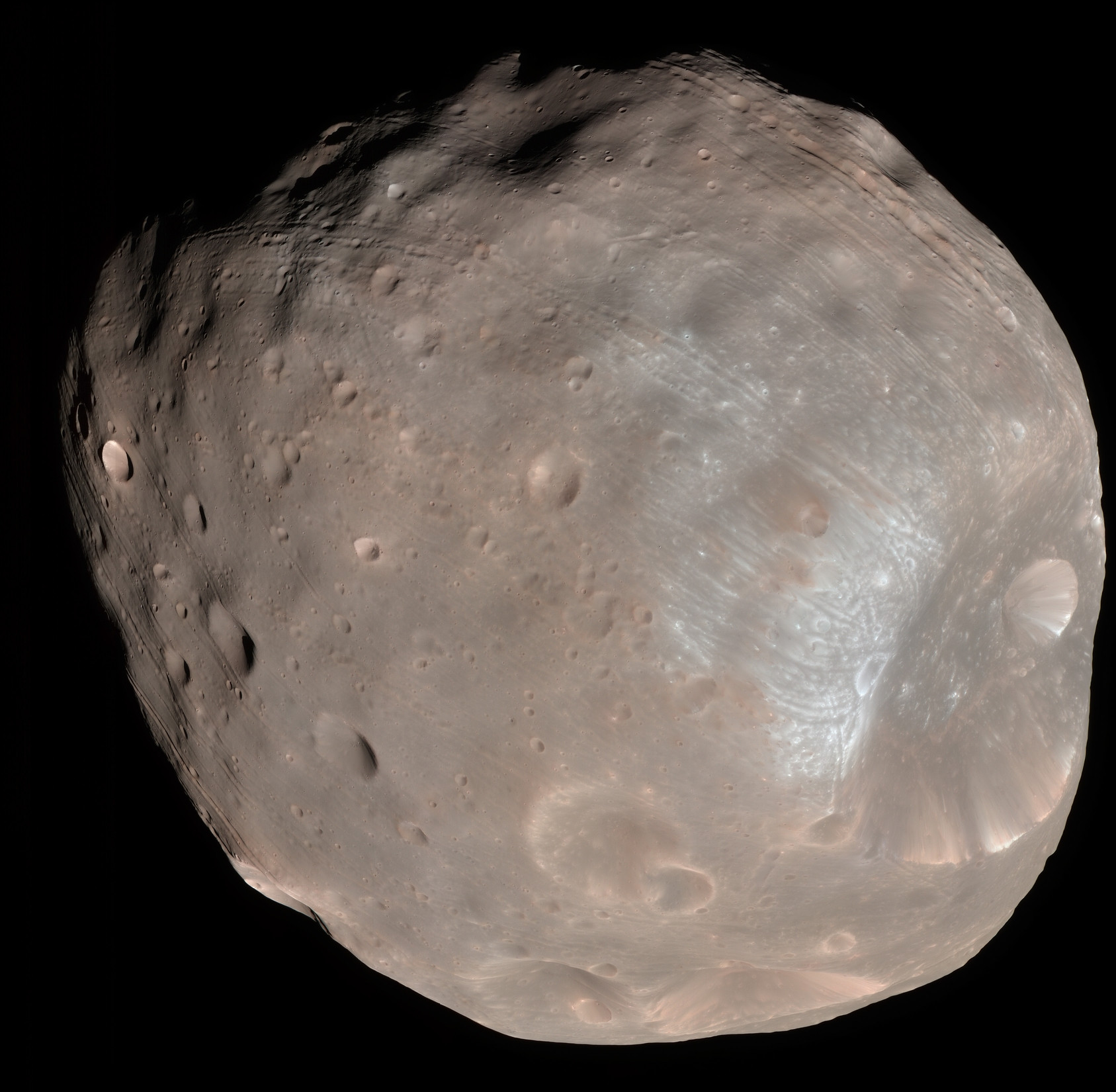 Yes, they are real, not artifacts.

The rows of grooves and aligned pits on Phobos are related to, and were probably caused by, a large meteor impact that occurred on the side of Phobos that is not seen here. That large crater, Stickney, was named for the maiden name of the wife of the astronomer that discovered Phobos and the other martian satellite, Deimos, in 1877, Asaph Hall.

That crater was already visible in the Mariner 9 photos from December 1971. 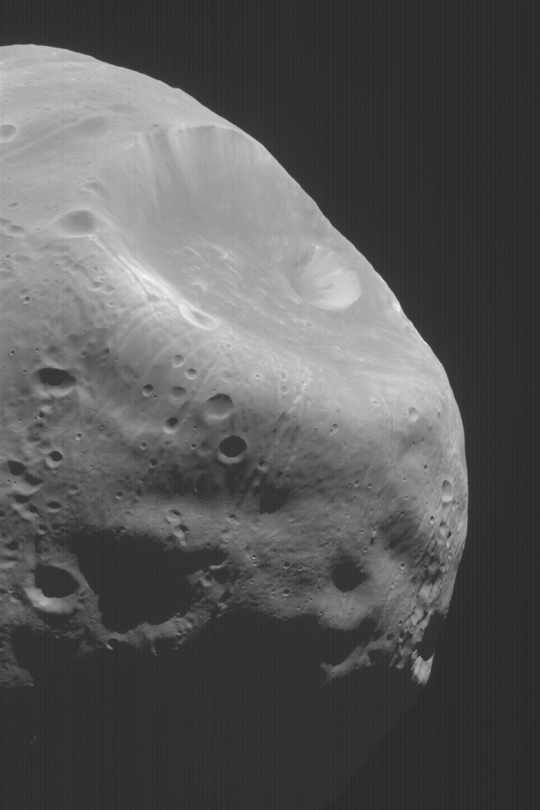 As the closest someone with no academic experience can be to a Phobos expert...

Dust sifting into fractures is the most popular idea. The most common suggestion for fracture sources is tidal stresses, and that matches most grooves' orientations very well (source), the grooves on Phobos's leading edge don't really match. Other causes include outgassing vents and fractures caused by the Stickney impact (the latter becoming increasingly unlikely as Phobos increasingly looks like a reaccreted rubble pile).

Grooves have some different characteristics, so it's likely there's a combination of causes.

Not the answer you're looking for? Browse other questions tagged imaging phobos or ask your own question.

10
What data are used to do these 3D asteroid renderings?
4
Could the ISS be spun to simulate Phobos' gravity?
1
What causes these faint, straight line artifacts in Suomi NPP images of Earth at night?
8
The physics behind the Starshade
5
If we were to land on Phobos, what could we gain?
5
What is the timespan for a block of Phobos to reach a low orbit around Mars with a solar sail?
3
What causes Hyabusa-2's close-up images of Ryugu to be dark in the corners?
6
Is the cause of the Phobos-2 probe failure definitively known?