Are crewed capsules equiped to land pretty much anywhere in the world?

Based on this question it sounds like if something goes wrong it's pretty easy for a crewed capsule reentering from space to go way off target. Does that mean that the capsules are equipped to land pretty much anywhere? Obviously landing on the top of mount everest would be a challenge, but can they land on both water and land for example?

To clarify my question a bit, if a capsule is slated to land on land, but gets off course and ends up landing in water, will it be survivable? IE will rafts still deploy? and vice versa.

The Soyuz capsule can land in water, even if that is by no means an optimal scenario. The last splashdown of a crewed spacecraft was Soyuz 23 landing in a lake in Kazakhstan. The recovery took a while as locating the spacecraft at night after the communication equipment failed was difficult.

Splashdown tests have later been performed, and a water landing should be more easy to handle now than in 1976. 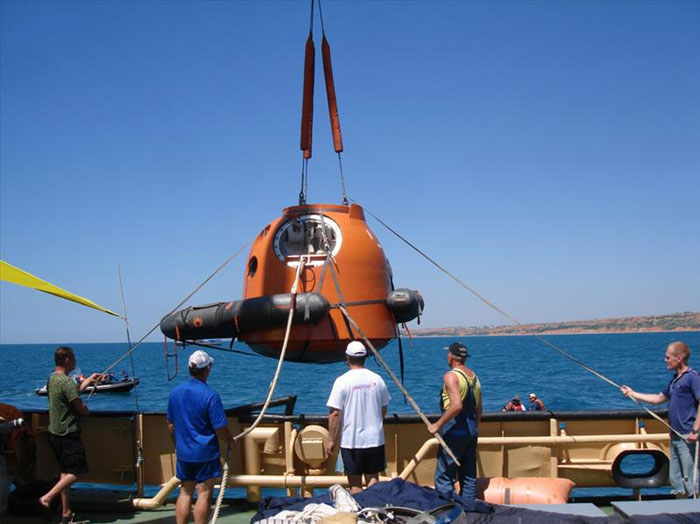 As for other spacecraft:

Apollo (no longer in use) had a relatively low landing speed (8-10m/s), which should be pretty ok for a landing on land. A splashdown was preferred though.

The Space shuttle (no longer in use) required a runway, an unusually long one. That limits the landing locations a lot, even though there were backup plans for landing in airports in for example Europe in an emergency situation.

I could not find any data on Shenzhou, but the design is very close to Soyuz, and also lands on land.

One environment the capsules definitely can't land on is steep mountain slopes. If the capsule starts rolling down the slope, there's very little the astronauts can do. This will include glaciers, buildings, generally once the capsule makes the touchdown, it better not continue falling.

Forests with tall trees (like Amazon jungle) may prove lethal, as the parachute tangles, rips, and the capsule falls last 30-50m like a rock.

And of course places where you will die, no matter how you arrived. High voltage power stations, active volcanoes, ISIS training camps, minefields, generally anywhere you wouldn't want to land by any other means.

The astronauts are equipped for survival in even quite harsh environments, and the capsules are quite sturdy, plus most of the world is rather friendly towards space programs, but imagine you've got the best survival gear and a sturdy shelter, but then you appear in a completely random place in the world...

Generally though, mountains, due to large surface they cover, pose the most danger.

(also add atrophy from long time in microgravity; the astronauts won't be likely to walk away on their own, to e.g. find help if they are stuck in the middle of Amazon forest, or Sahara).

Not the answer you're looking for? Browse other questions tagged crewed-spaceflight landing reentry capsule or ask your own question.

29
Why are spaceship capsules frustum shaped?
6
Could the Orion or Apollo command module safely land on land in an emergency due to a navigation error?
16
Which crewed spacecraft provides the gentlest decent and/or landing?
5
How many capsules have visited the ISS more than once?
1
Why are we still giving medical support to astronauts after they land? Or any support for that matter?
6
Are there any differences in docking procedures between ISS and manned capsules vs. unmanned capsules?
23
Was the Space Shuttle always crewed?
15
Just how much rope have different crewed missions been given?