Did all of the Space Shuttles dock with multiple space stations or crewed spacecraft?

For example, the Space Shuttle Endeavour did dock with both MIR (bringing apple seeds) and the ISS. Did all of the shuttles dock with more than one space station and/or crewed spacecraft? 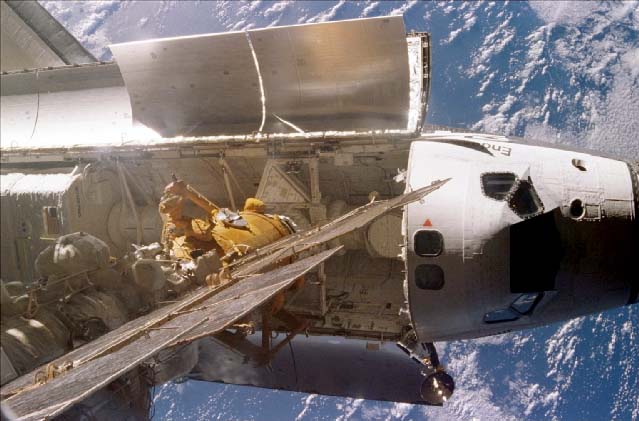 above: Space Shuttle Endeavour docked with MIR, from here.

This apple tree was grown from apple seeds provided by the Alabama Aerospace Teachers' Association in conjunction with the Cosmic Apple Seed Project. The seeds were flown aboard Space Shuttle Endeavour (OV-105) by Alabama Astronaut Joe F. Edwards. Launched on January 22, 1998, the seeds traveled over 3.6 million miles in 8 days, 19 hours, 48 minutes, docked with the Mir Space Station and traveled over 18,000 miles per hour. The seeds returned to the Cape on January 31, 1998. Mrs. Diane Watson's 3rd Grade Class at Webb Elementary School, in Webb, Alabama planted the seed during Spring of 1998. 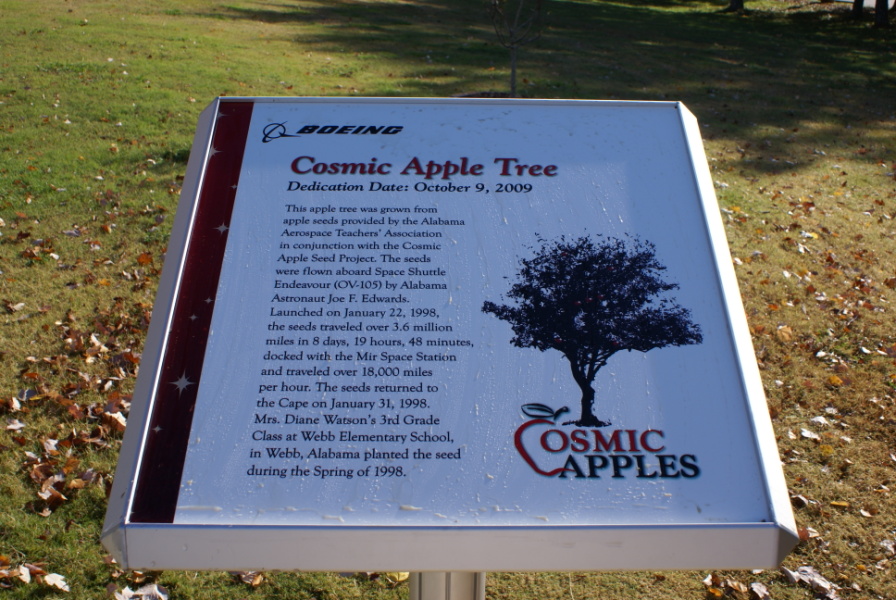 In the STS-89 crew insignia, the link between the United States and Russia is symbolically represented by the Space Shuttle Endeavour and Russia's Mir Space Station orbiting above the Bering Strait between Siberia and Alaska. The success of the joint United States-Russian missions is depicted by the Space Shuttle and Mir colored by the rising sun in the background. A shadowed representation of the International Space Station (ISS) rising with the sun represents the future program for which the Shuttle-Mir missions are prototypes. [...] 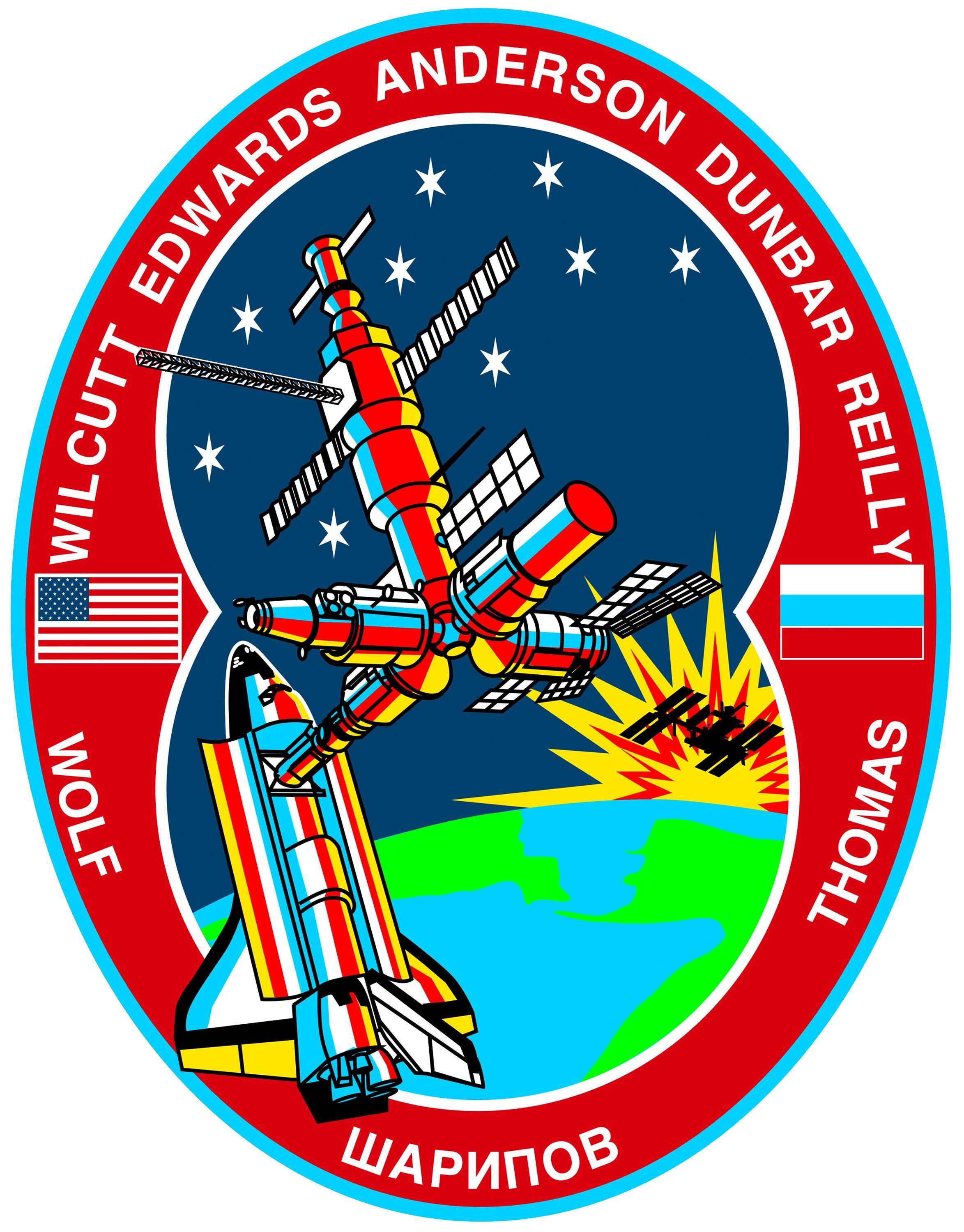 Despite being in service during the Shuttle-Mir and International Space Station programs, Columbia did not fly any missions that visited a space station. The other three active orbiters at the time had visited both Mir and the ISS at least once. Columbia was not well-suited for high-inclination missions; it was the heaviest of the orbiters, being the first of the space-rated orbiters produced. It did lose some weight with late modifications, and was scheduled to go to ISS, but was lost before that happened.

Discovery visited both; it was the first shuttle to visit Mir (but did not dock on that occasion); it docked with Mir on a later flight, and visited ISS 13 times.

Endeavour docked with Mir once and ISS 12 times.

Challenger, of course, was lost before the Shuttle-Mir program began.

As for other dockings with manned craft, the space shuttle program ended before China's first station went up, and the US and China haven't had that level of cooperation in their space program in any case; likewise, the USSR wouldn't have been likely to invite the shuttle to visit Salyut 7, which was last crewed in 1986.

Not the answer you're looking for? Browse other questions tagged iss space-shuttle docking mir or ask your own question.

3
Why did Columbia never visit the ISS?
19
Why was Space Shuttle Atlantis selected for Mir docking so frequently?
18
Before the Columbia accident, were there shuttle manifests/plans for after ISS assembly complete?
6
How many times has a spacecraft docked with two or more different space stations during a single mission?
5
How many capsules have visited the ISS more than once?
9
Why did Columbia’s planned flight manifest have a five-year gap with absolutely nothing in it between 2004 and 2009?

15
Can X-37B dock with the ISS
15
Why did the Space Shuttles perform a rollover maneuver during launch?
22
Do windows in space stations, the space shuttle, other spacecraft have practical usage?
6
Where did Soyuz and Progress dock with Mir?
13
How many spacecraft can dock at the ISS at once?
4
How do Space Ships dock themselves so flawlessly to the ISS?
14
When did astronauts/cosmonauts start cleaning and vacuuming space stations?
6
Would the Lunniy Korabl be able to dock with the Oryol spacecraft?
2
How could Shuttle orbiter with internal airlock dock with ISS or other space stations and were internal airlocks used for missions with spacelabs?