Why was this Saturn rocket elevated for launch? 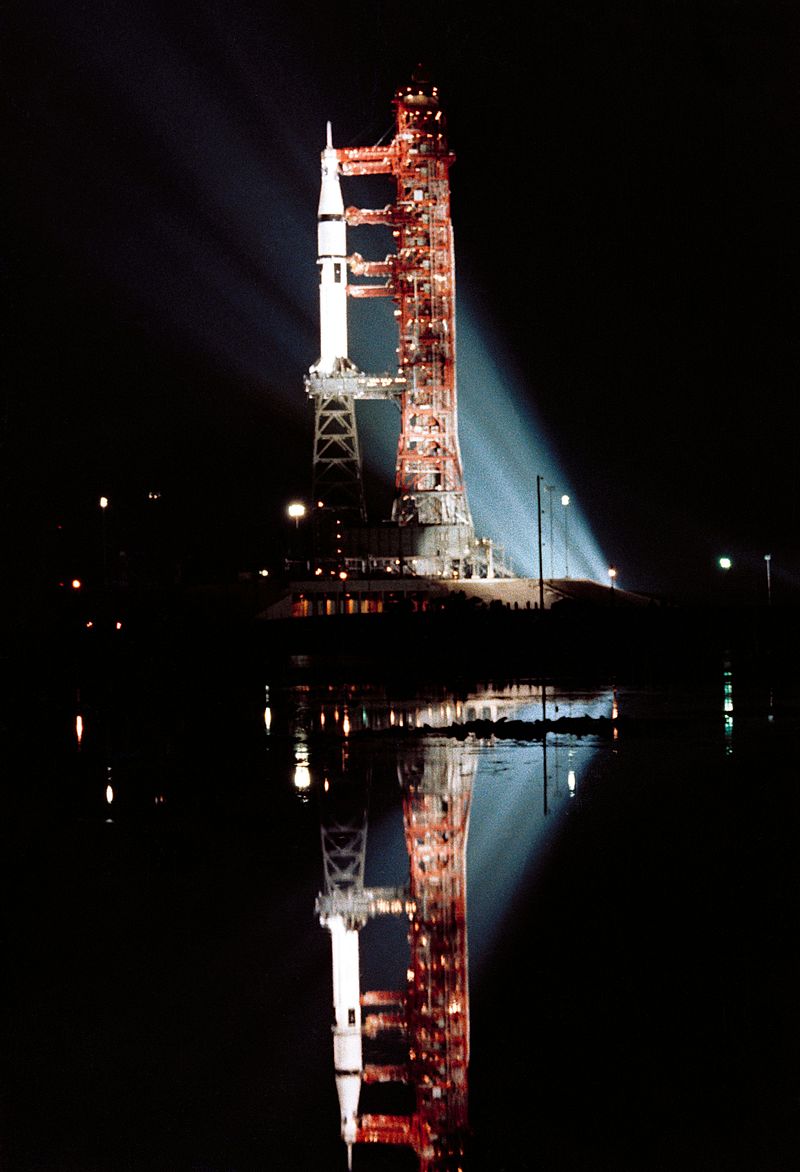 It appears to be resting on an elevated platform that raises it significantly off the ground.

Why was this done? It seems like a lot of effort and risk to raise the rocket so much, and the benefits seem minimal.

Your picture is not of a Saturn V, it's of a Saturn IB. The purpose of the elevated platform (known as the "milkstool") is to lift the rocket up so that it can be launched from Pad 39B using the same connections to the launch tower that the much taller Saturn V used.

The early Saturn IB launches used the shorter Pad 34 and Pad 37, but by 1973, those launch pads had been decommissioned, leaving only Pad 39.

Offered as a supplement, since no one has posted a direct size comparison: 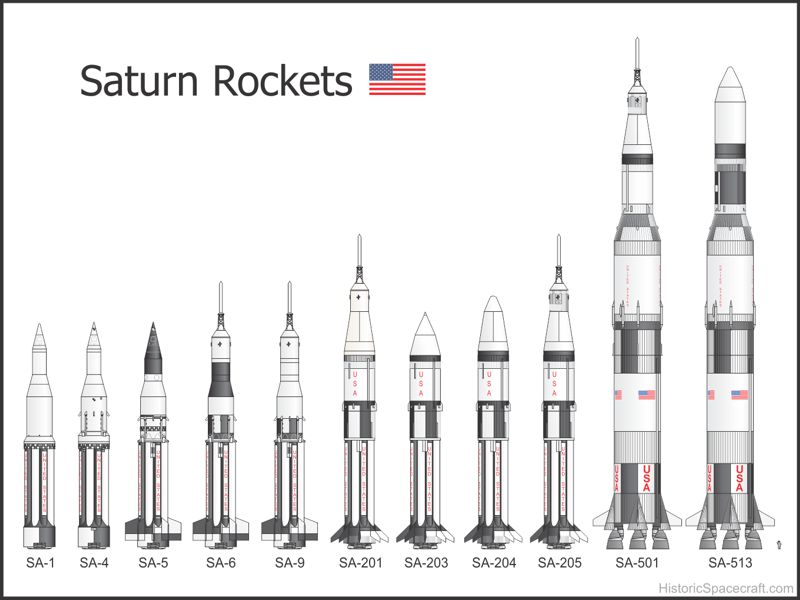 The height difference in the Saturn V and Saturn 1-B is clear in this image.

The mission payloads, from left to right:

A little digging into KSC Launch Complex 39's Wikipedia page and I found this.

A total of thirteen Saturn Vs were launched for Apollo, and the unmanned launch of the Skylab space station in 1973. The mobile launchers were then modified for the shorter Saturn IB rockets, by adding a "milk-stool" extension platform to the launch pedestal, so that the S-IVB upper stage and Apollo spacecraft swing arms would reach. These were used for three manned Skylab flights and the Apollo-Soyuz Test Project, since the Saturn IB pads 34 and 37 at Cape Canaveral AFB had been decommissioned.

While the unmanned launch of Skylab used a Saturn V, the launch vehicle for crewed missions was the smaller Saturn IB. 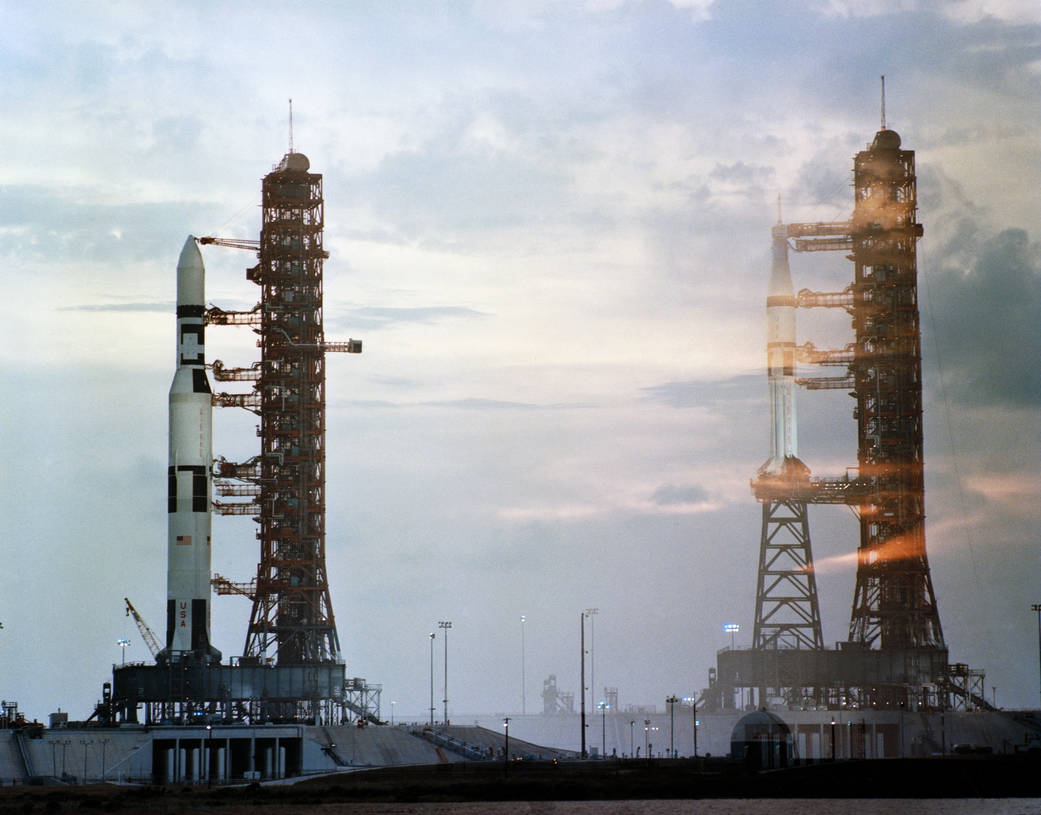 This deliberate double exposure illustrates the comparative sizes and configurations of the Skylab 1 and 2 Space Vehicles at Launch Complex 39 at the Kennedy Space Center, as they sat on the launch pads in 1973. The double exposure creates an illusion that the rockets are side by side, although actually, they are 1 1/2 miles apart.

This photo of Skylab-1 and Skylab-2 vehicles clarifies that the extension platform were in fact used for crewed mission So, the picture is from manned skylab mission launch aboard Saturn IB vehicle.

That upper platform was the crawler used for the transport of the fully assembled Saturn V from the assembly building to the launch pad. The lower platform was necessary for the exhaust of the rocket engines. There should be enough space for the flames to escape to the side and not to damage the bottom of the rocket.

Not the answer you're looking for? Browse other questions tagged launch rockets crewed-spaceflight saturn-v skylab or ask your own question.

14
What were the hammerhead cranes used for?

28
What will be NASA's successor to the Saturn V rocket?
6
Was CNC milling used in the 1960's for making the Apollo/Saturn rocket engines?
7
Saturn launch precautions for clearing tower?
4
Vented interstage for the final stage of Saturn V
49
Why is there a Saturn V in the background of this Gemini-Titan launch?
33
Why all the 'dust' on liftoff?