How many people can go on a spacewalk?

According to the lists of spacewalks (1965-1999, 2000-2014), spacewalks have all consisted of only two people. The only exceptions are the very early space missions, where only one person went out, and one spacewalk on STS-49 which had 3 people. It makes sense that you would want more than one person to go out, in case something happens to one of them, and you would still want people inside in case something goes wrong.

Is there a written protocol for spacewalks which determines how many people must go out and how many must stay inside? Or do the various space agencies just play it by ear and try to minimize the number of people who go out?

"Is there a written protocol for spacewalks which determines how many people must go out and how many must stay inside? "

There was for Shuttle. It's in the book that laid down the law for shuttle operations, the Flight Rules. (Warning, giant pdf) 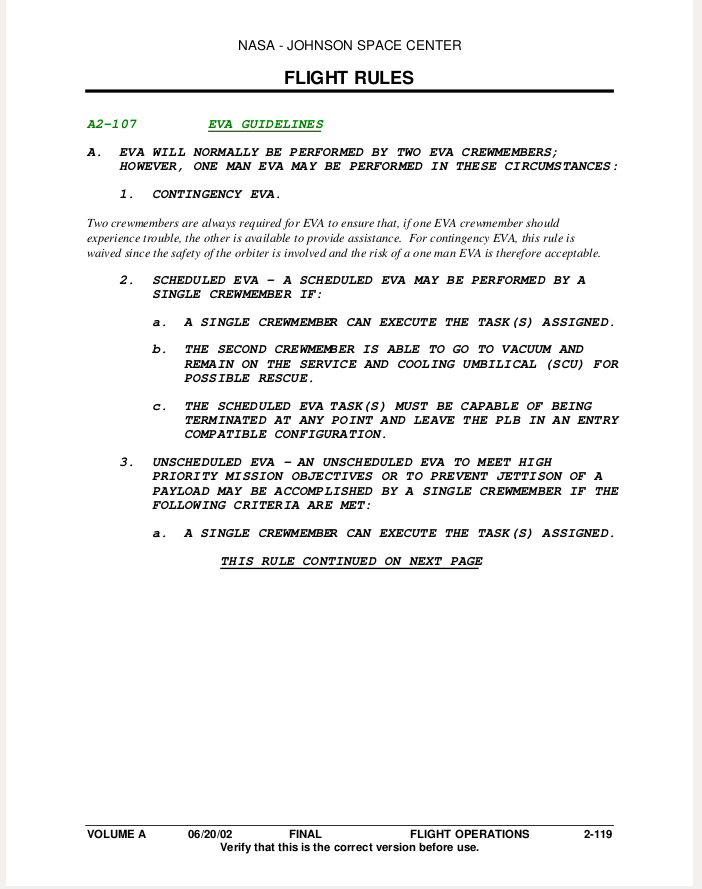 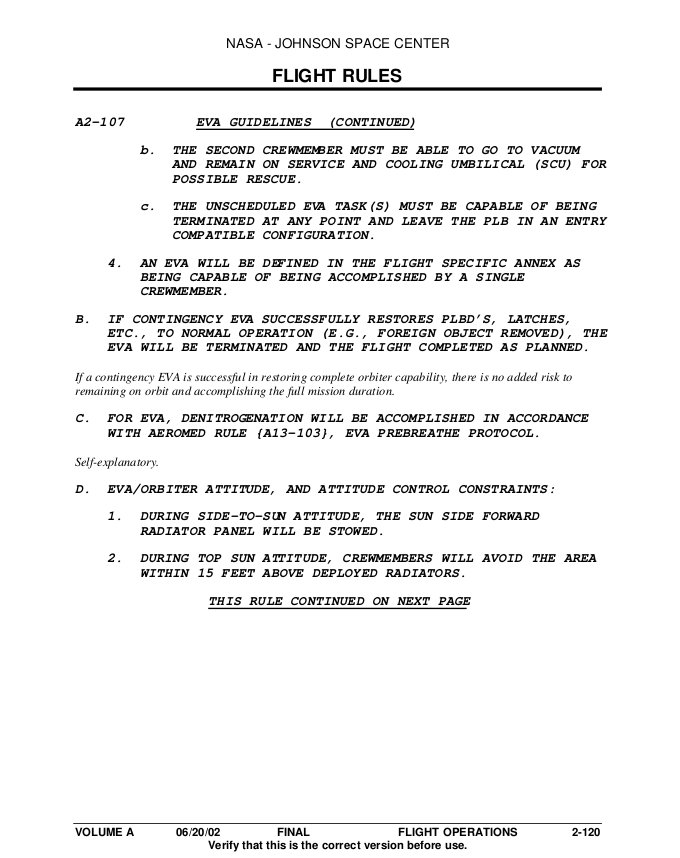 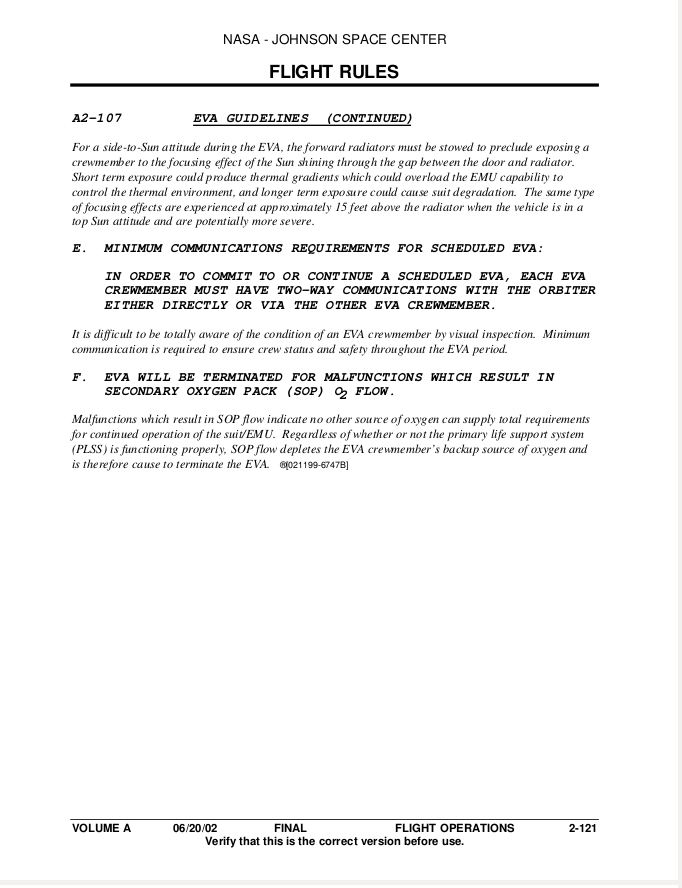 Not the answer you're looking for? Browse other questions tagged eva or ask your own question.

12
What are the consequences if an astronaut's helmet gets damaged during a spacewalk?
24
How long does it take to get from a spacewalk to being inside the ISS and out of your suit in an emergency?
9
Zero gravity spacewalk above low Earth orbit?
3
Were there any spacecraft not configured for a spacewalk?
3
Is this still a problem with the spacewalk granola bar?
16
Are there any plans for handling people floating away during an EVA?