I am looking for a free tool which can generates pork chop plots. I'm doing this to compare the output of my tool with one of a third party. Additionally, if anyone has specific test cases on solving Lambert's boundary value problem, I would be more than eager to have a look.

This is purely for validation.

The following figure is an Earth to Mars PCP I generated just earlier.

I use a Kepler's Problem solver to test a Lambert's Problem solver. For example: if I want to generate a wide variety of test cases where I vary eccentricity and semimajor axis, I simply solve:

for a wide variety of $(e, a, \Delta t)$ combinations. Having solved a multitude of Kepler's problems (which I can test immediately, because Kepler's equation must hold) I solve the corresponding Lambert's problem and verify that I obtain the same eccentric anomaly.

The following code explains this approach

Notice how you can calculate the time of flight given a range of eccentric anomalies, eccentricity, and semimajor axis. In this case I'm considering single-rev only, but the generalization is straightforward.

With the eccentric anomaly you can compute true anomaly and time of flight (the later via Kepler's equation, but you do not need to solve iteratively).

That information is used to obtain range and speed at different points in the orbit.

You can then use all those combinations of range, speed, time of flight, and transfer angle (difference in true anomaly because the orbit is Keplerian) to test your Lambert solver.

I ran a quick test with my own implementation of Gooding's algorithm and obtained a maximum difference of 8.76111591946e-14, perfectly reasonable for double-precision calculation.

For comparison, I generated a similar diagram - it compares well with yours. I would recommend you increase the axes on your arrival time to about 420 days past Jan 01, 2016 to ensure that your Lambert solver detects the transfer node (also, please notice our different baseline epoch for our arrival dates). 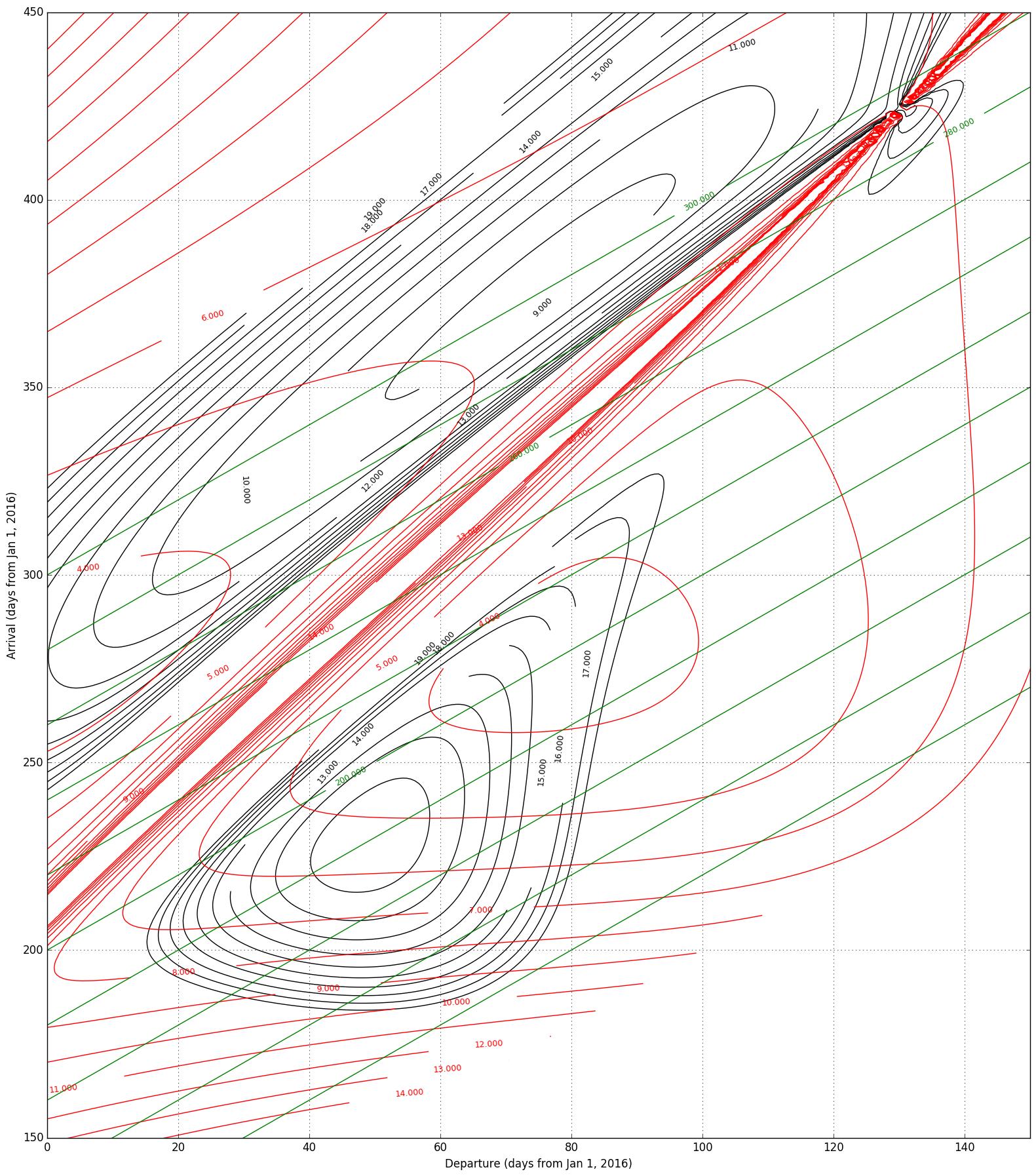