What does "side view" of solar system look like?

The plane of reference is the ecliptic as far as I can understand and the earth's path viewed from the side follows this line exactly as the "orbital inclination" with the ecliptic is 0 degrees (see blue line on ecliptic plane in screenshot below).

Now for the other planets: Mars has an orbital inclination of 1.85 degrees, BUT when I use the Keplerian elements from JPL, it seems the plane is not only inclined at 1.85 degrees, but also tilted? See screenshot. I was expecting a perfectly flat line for the ellipse of Mars (like the one for earth). You can see that Mercury and Venus have the same problem.

Does this visualization make sense or am I doing this wrong?

In the following example I adjusted the view to make Earth (blue orbit) appear as a line. Other planets (Mercury, Venus, and Mars) appear as long ellipses. 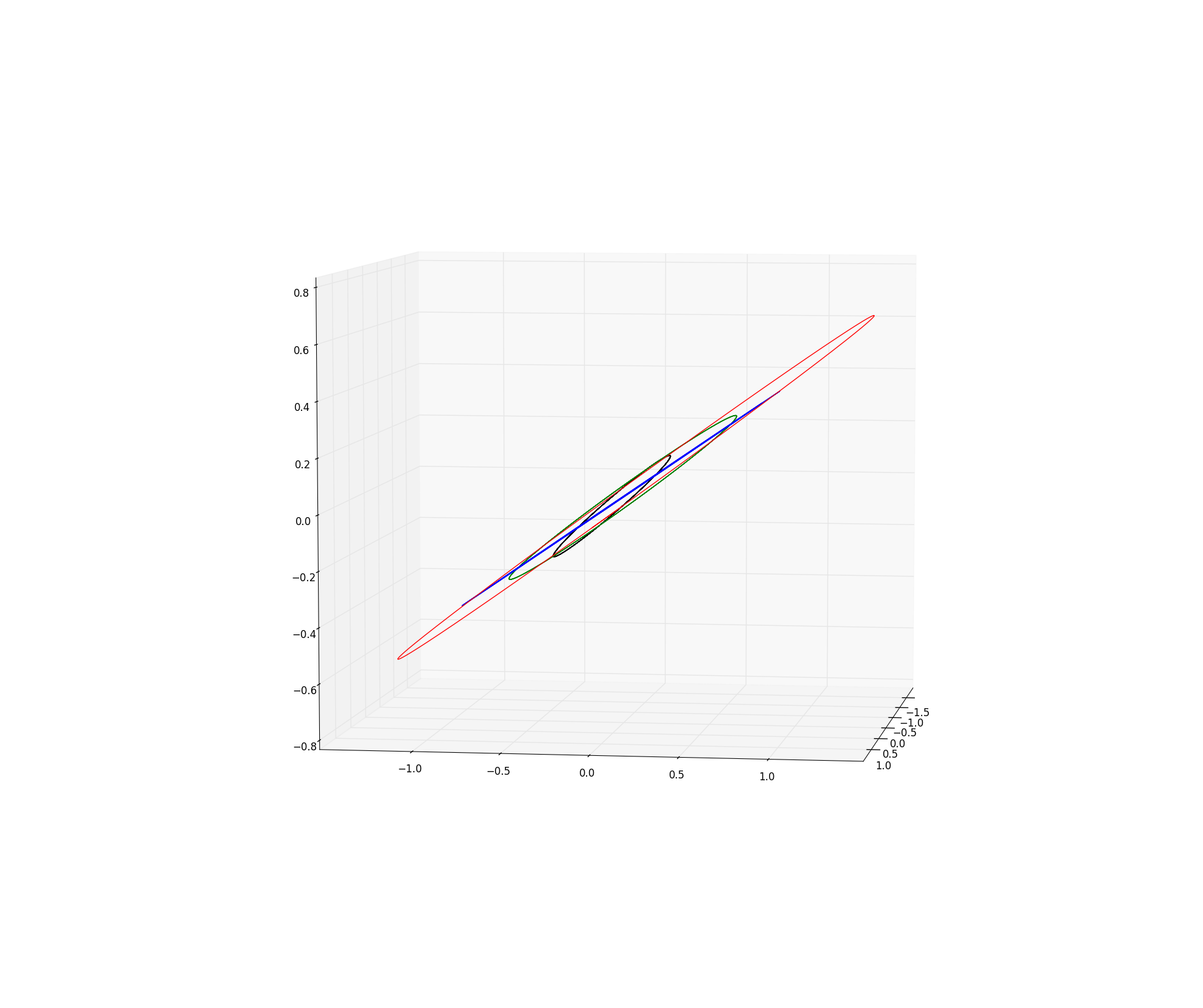 If I adjust the plot to make Mars appear as a line, now the Earth pops out. 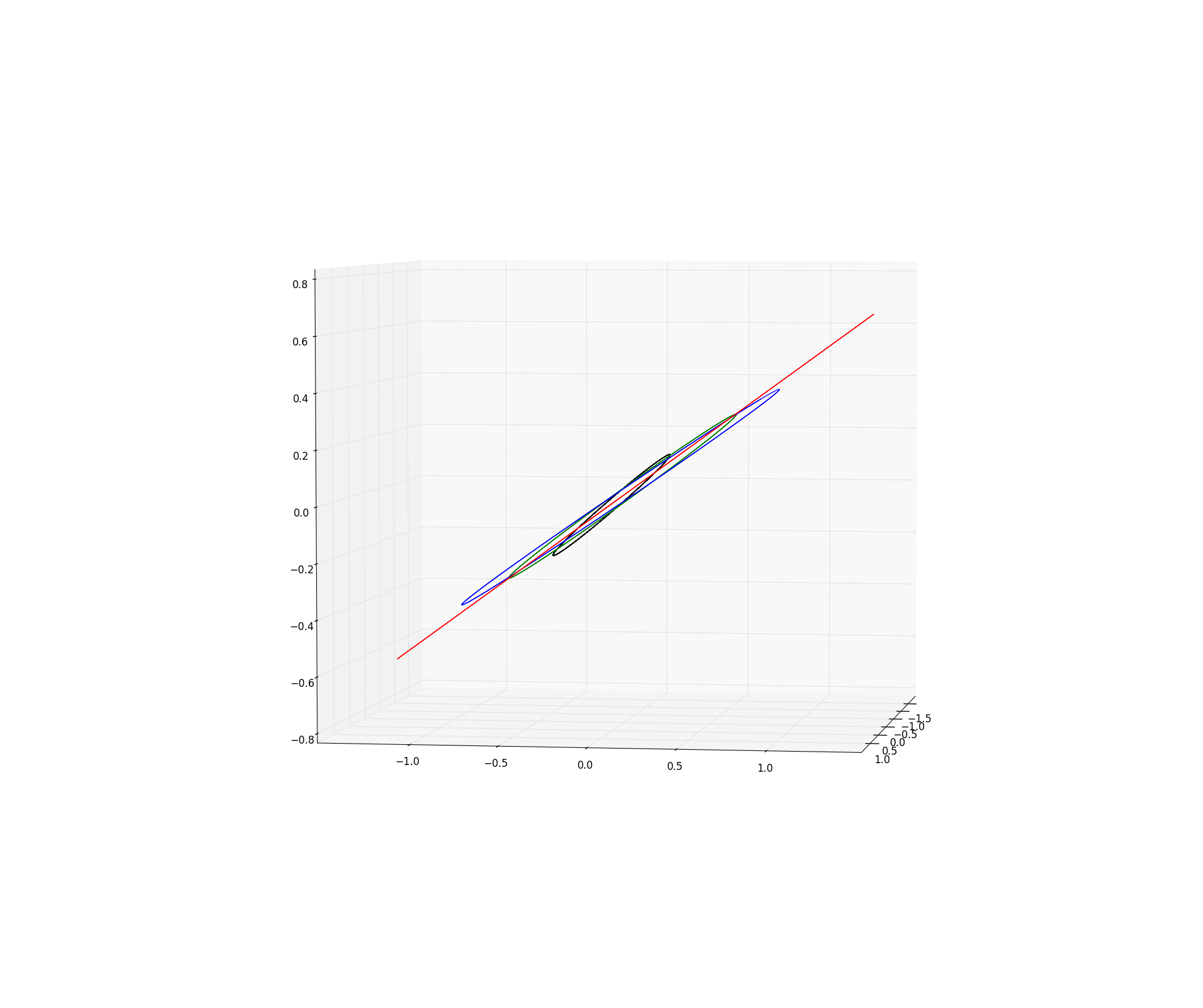 Even more dramatically if I adjust for Mercury: 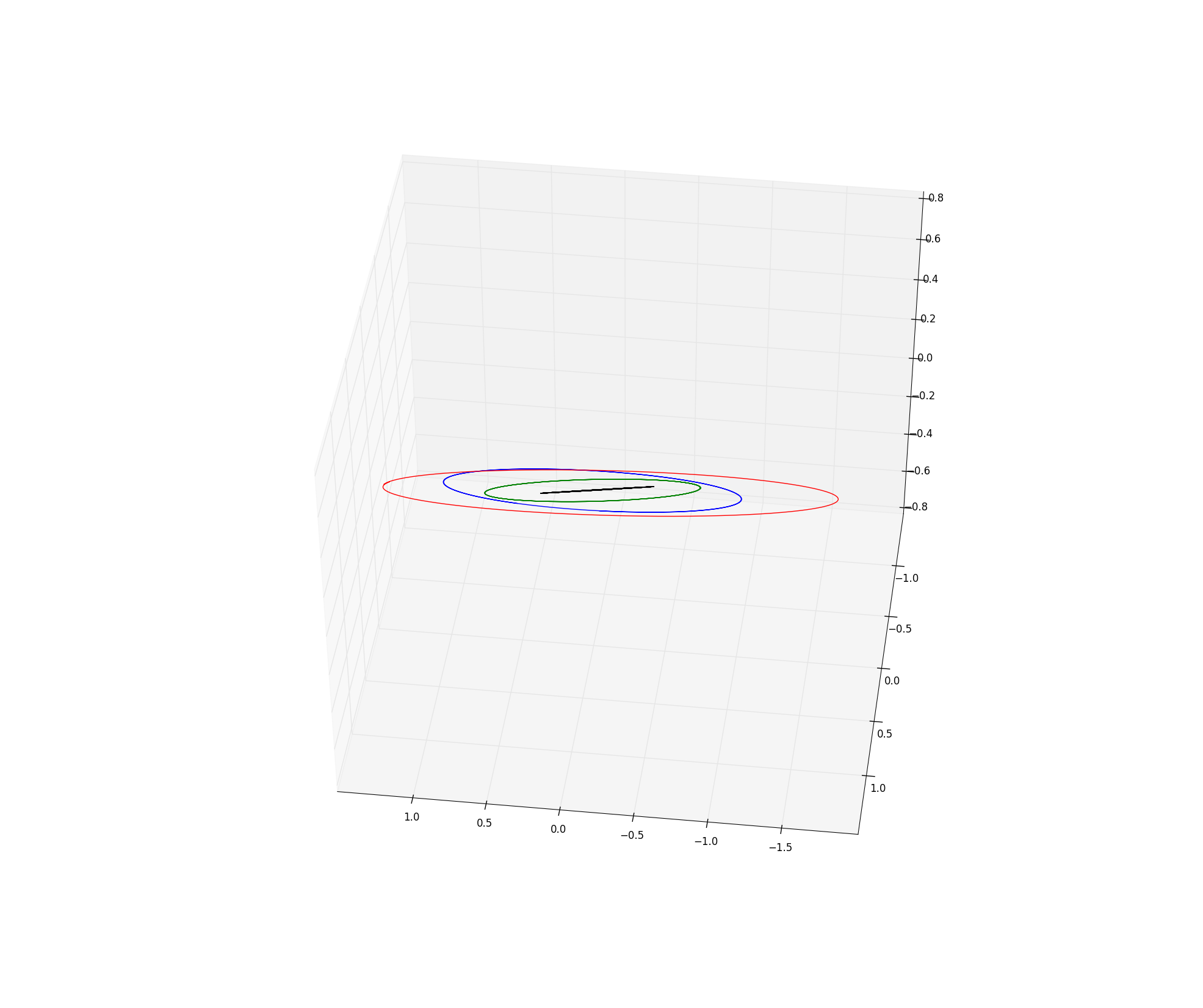 Not the answer you're looking for? Browse other questions tagged solar-system or ask your own question.