How to calculate drop due to ship docking at orbital tether

I am exploring some of the properties of a vertical orbiting tether (or non-rotating skyhook). This particular tether has a quite large mass at the location with a circular orbital velocity, with the mass of the tether itself being much smaller and ignored. 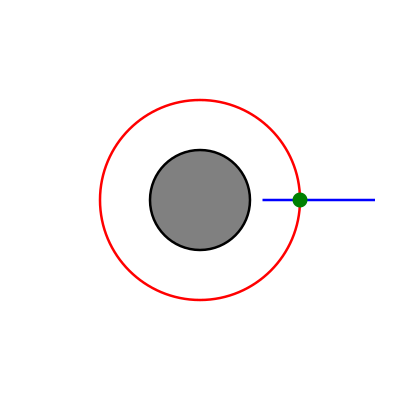 If something, such as a shuttle docks at the tether foot, the mass of the docking object is going to cause a periapsis drop. 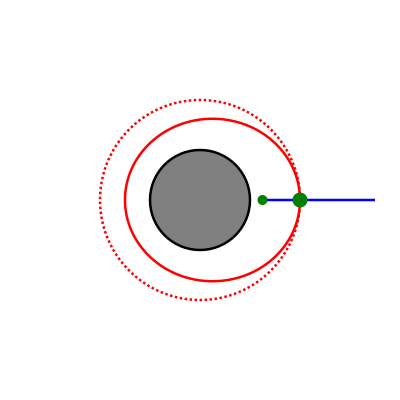 Given the central mass, the mass of the shuttle, and of course all desirable parameters such as foot altitude etc. how can I calculate the drop in periapsis?

My initial strategy was that both energy and angular momentum in the new orbit is always going to be the same, making it easy to set up an equation with one solution in apopasis and periapsis. But those equations quickly grew out of hand.

On the right are the equations.
On the left is an example based on LEO around Terra.

Not the answer you're looking for? Browse other questions tagged orbital-mechanics docking space-tether skyhook or ask your own question.

9
How to calculate apoapsis of sub-orbital trajectory?
7
How well could the tether tension method of attitude control actually ultimately work for a cubesat system?
11
Improvements to script for Finite Burn Trajectory Optimization with MATLAB
2
How to calculate the change in inclination due to perturbations?
10
How does automated docking work and why isn't it used more often?
6
How do orbital spacecraft calculate reentry?
3
How to calculate position and velocity from given orbital elements?
4
Changes in Orbital Parameters Due to Drag
3
How many docking operations have taken place beyond GEO?