Could you enter this building when it was over New York City?

The Forbes article New York Architects Plan Enormous Skyscraper Hanging From An Asteroid In Space describes a sky scraper suspended from an asteroid in a geosynchronous (but not geostationary) orbit that does not quite touch the Earth. The orbit is inclined with respect to the Earth's equator, and slightly elliptical. This is the recipe for a figure-eight ground track, and several answers here describe them in more detail (I'll try to find links to a few, if you know a good one, please add it.)

The architecture firm announcing the concept is Clouds AO and the building is currently referred to as Analemma Tower, and both of those links are worth exploring.

Question: Because the orbit is elliptical, will it only approach the Earth's surface for "boarding" at periapsis in the southern hemisphere, or could you enter this building when it was over New York City as well?

note 1: As pointed out nicely by @sweber, the path shown can not be the ground track of a compact object in orbit. It goes up to about 41 North in latitude but only down to about 18 South. But the building is something more like a a 2D pendulum with Coriolis(?), so need to look closer at what the plot represents.

note 2: Remember that the earth is oblate by many kilometers!

below: All images are from the Clouds AO website for the Analemma Tower concept, first one is cropped from the second one. 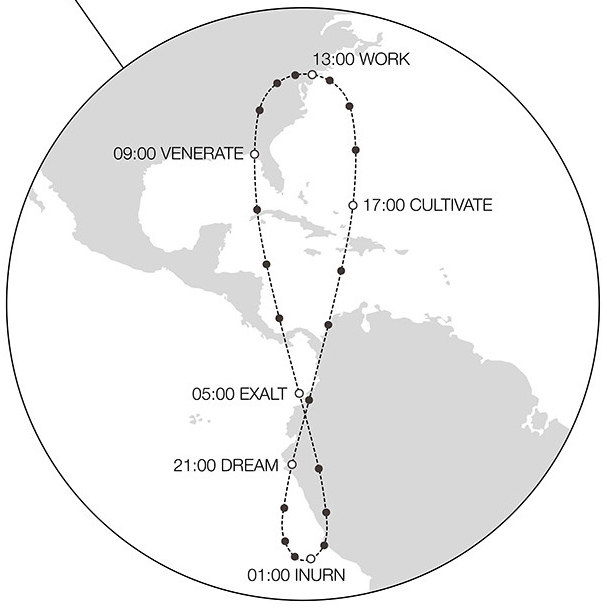 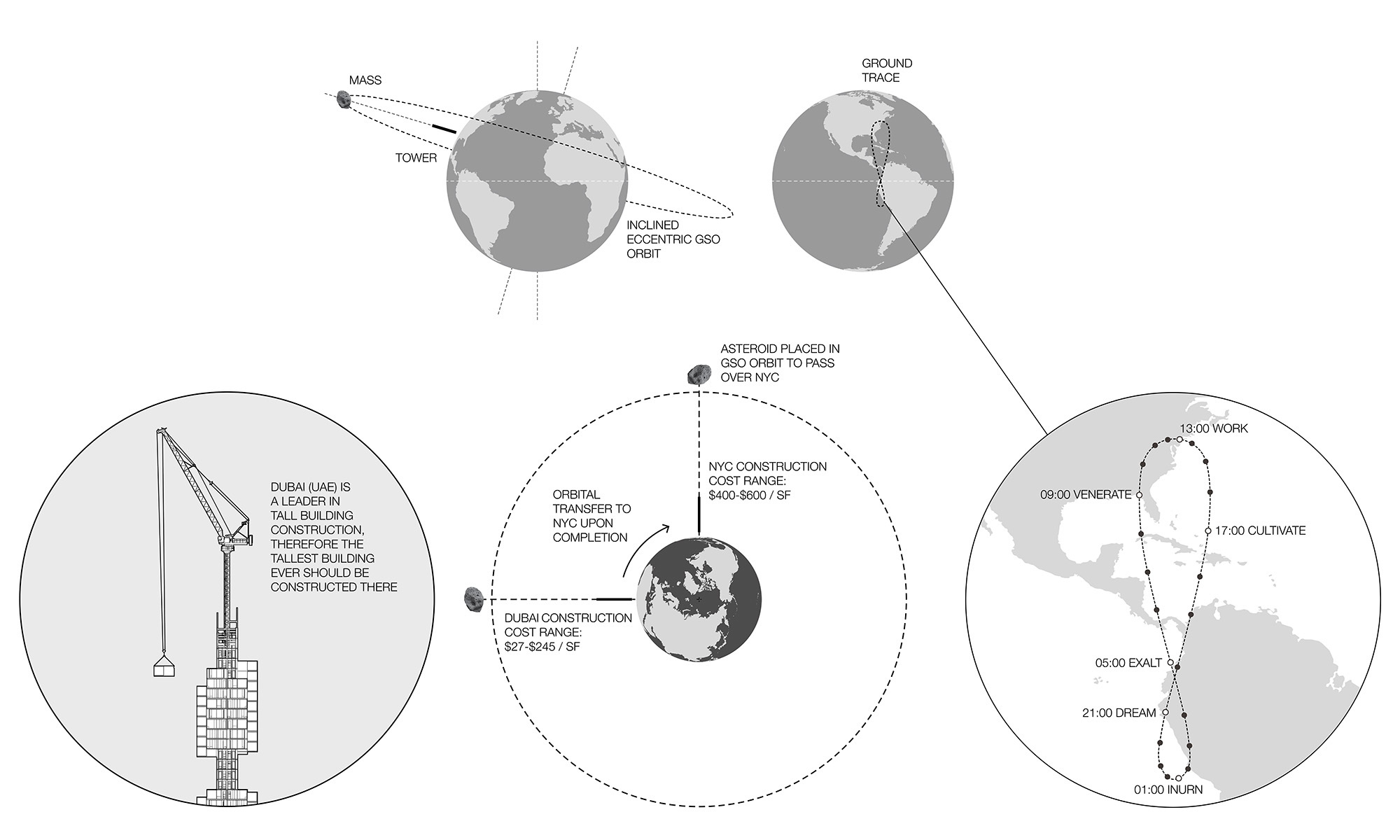 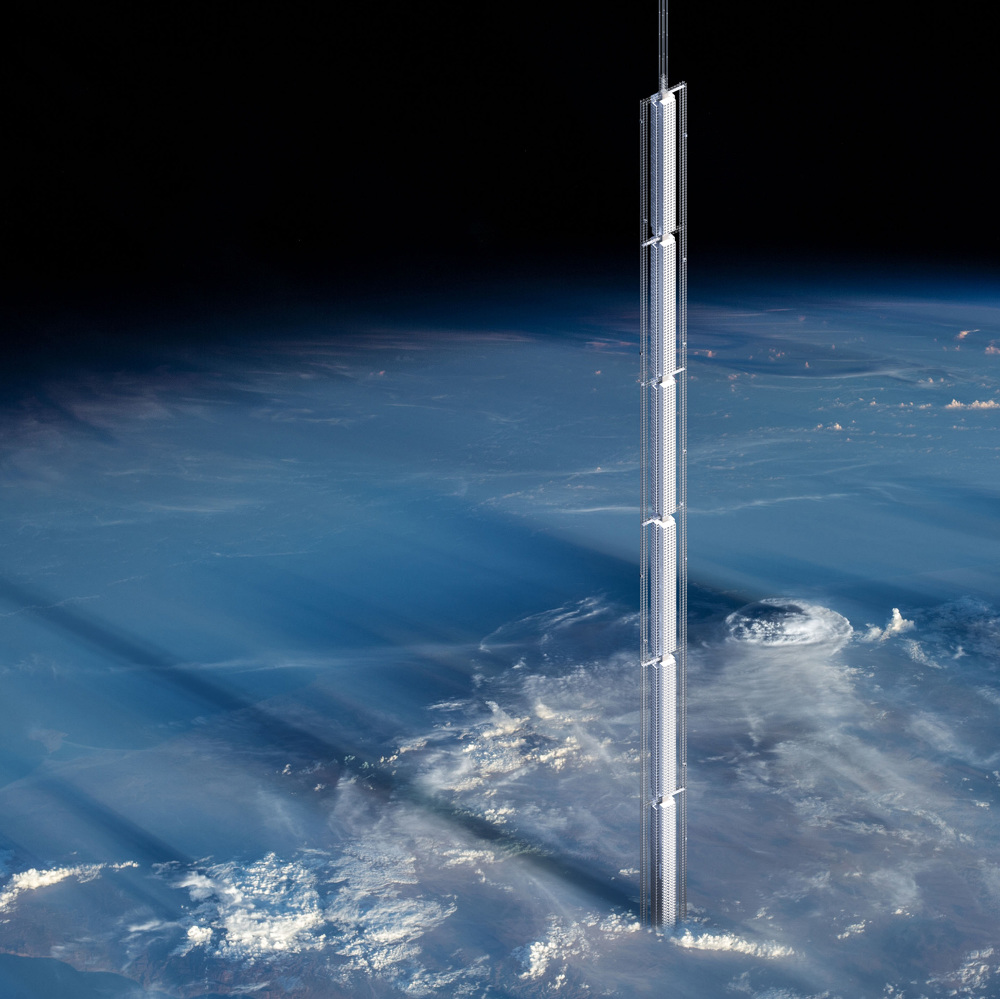 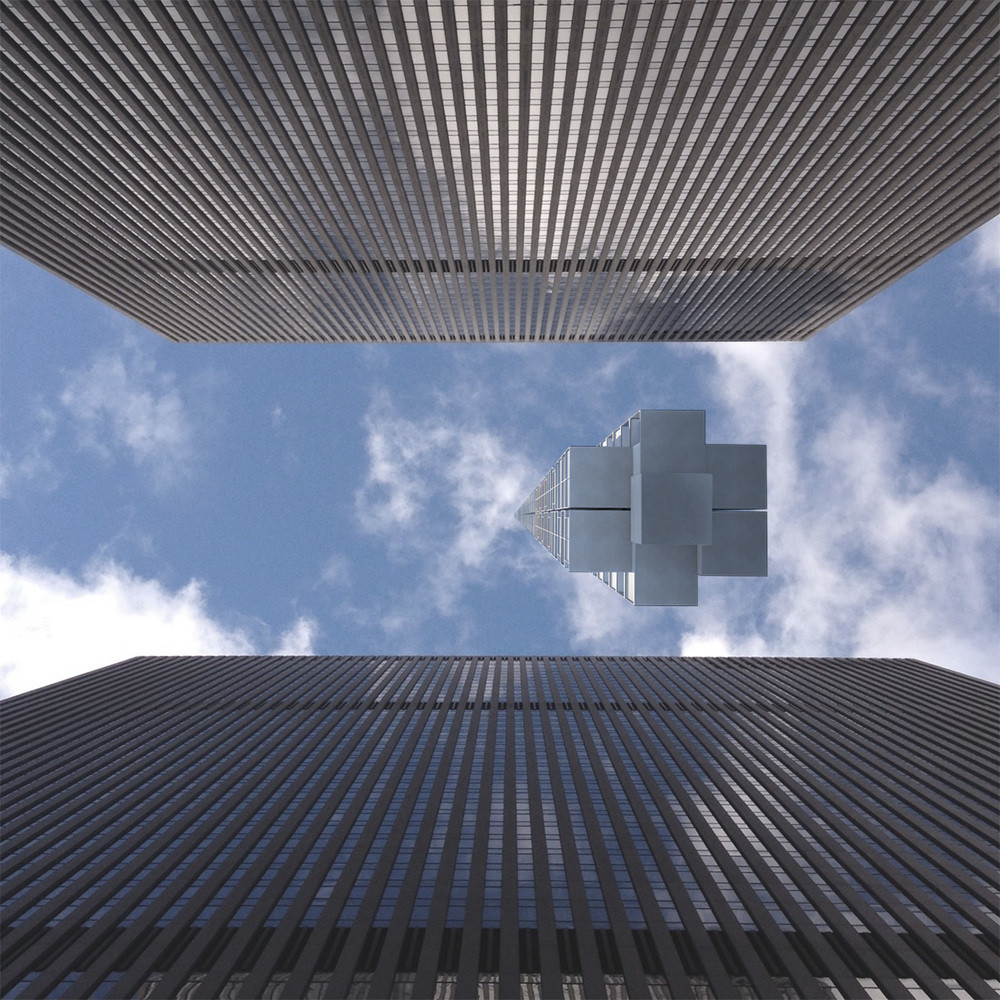 below: from Google Street View - anyone who doesn't believe that things from space touch down in NYC hasn't been there, or at least hasn't seen MIB.

Due to the nature of elliptical orbits, and given that perigee is in the south, the building will fly fast and low in the south and slow and high in the north.

In an elliptical orbit, the earth sits in one of the focal points and the eccentricity $e$ is the distance between earth and the geometrical center of the ellipse. The eccentricity and the semi-major axis $a$ give the closest distance between earth and satellite as $(a-e)$ and the farthest as $(a+e)$. Interestingly, $a$ is the same for all satellites with same period, so we can just take $a=42\,000km$ from the geostationary ones. 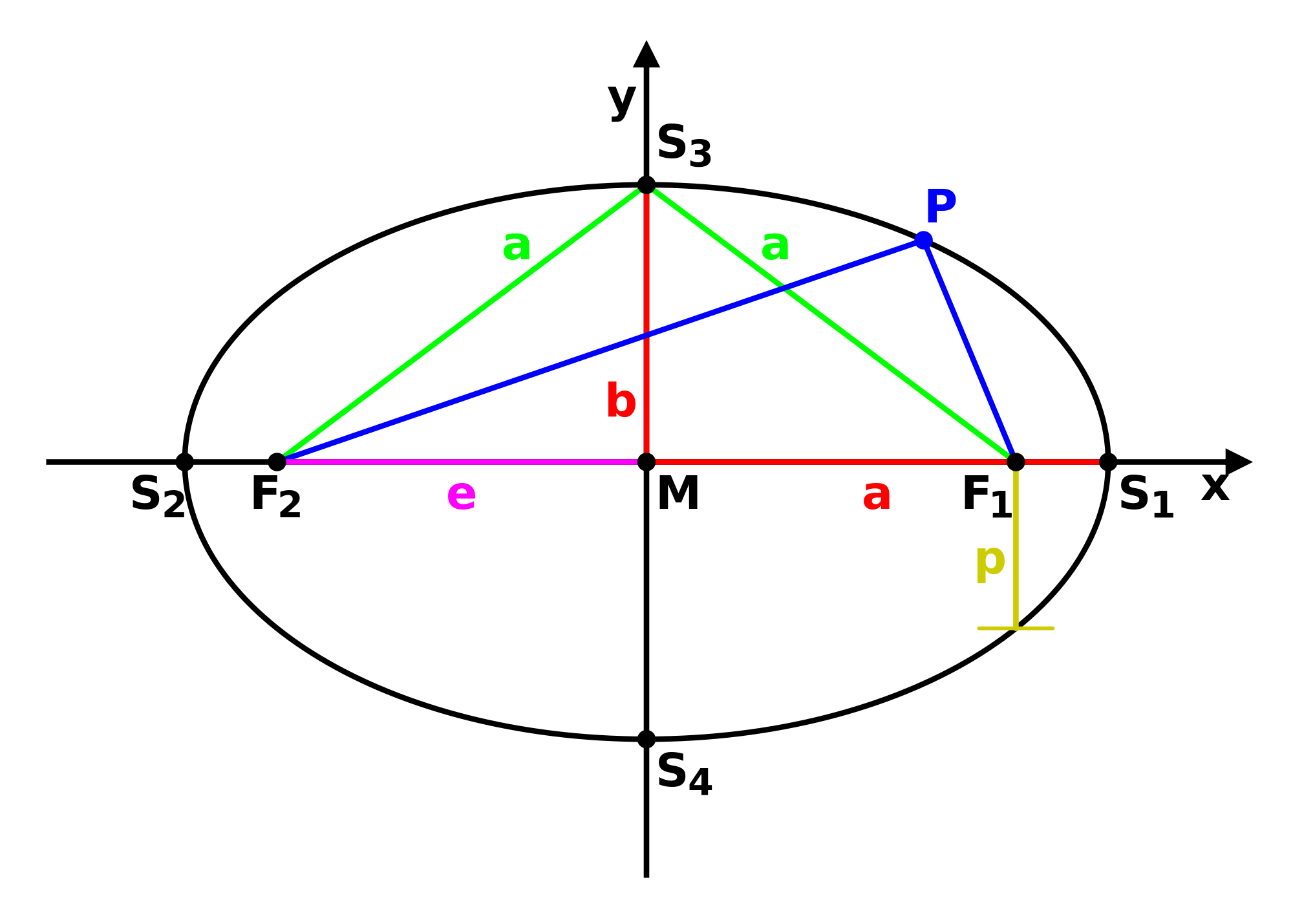 Another comparison: Here is a 2D-plot showing the size of the earth as well as the size and shape of several orbits: 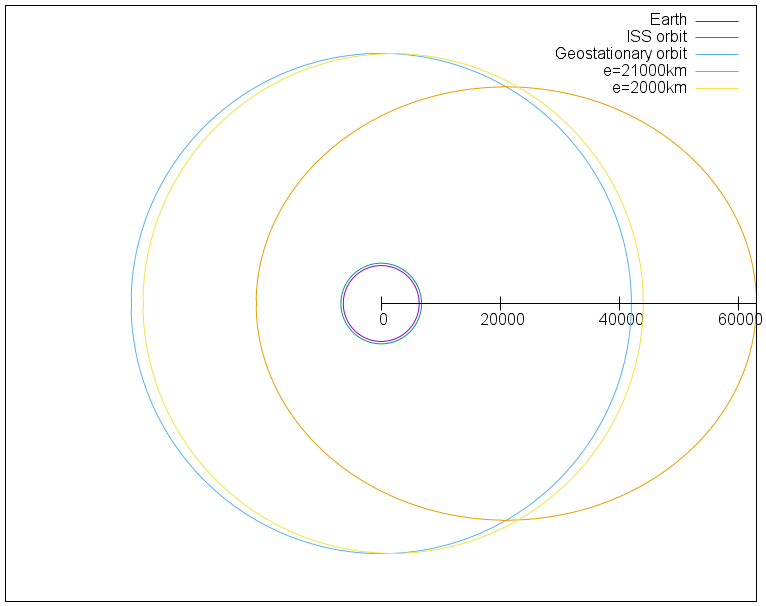 There's something odd here. The orbit is in the same plane as the center of the earth. Due to this, the most southern latitude of the track equals the most northern one. If the ground track hits New York at 40°N, the most southern position will also be at 40°S, i.e. somewhere in the middle of chile, not be border to Peru at 20°S.
So the tracks shown are NOT ground tracks.
If one looks from far, far away, a satellite seems to fly much higher into the north due to its distance. But something geosynchronous would fly higher than the north pole... The shown track could be the orbit of the building, but even then, the shape of the curve doesn't fit. I'll think about this.

Ah, and if we neglect that we can't build something like this... The building and the asteroid form a nice pendulum, and it definitely will swing heavily.

But in general, I'd say this is one of the strange news which pop up everywhere at the moment due to the special date these days. Nevertheless, one could try the math.

Not the answer you're looking for? Browse other questions tagged geosynchronous tourism space-art or ask your own question.

13
Dangle a cable down to earth - fundamental Physics question

10
Could an ISS astronaut photograph something like this 1km "Van Gogh" if they knew it was there?
0
Could folks in space see giant projections of art on mountains like this one? Was this one seen or recorded?