Although I know programs and visions of many space companies, I'd like to ask, does anybody knows if there is any competitor to SpaceX that wants to create a reusable rocket in the future?

Let's face it - in case SpaceX is successful in this area, the price of launch would decrease and this would lead to a gigantic advantage for SpaceX.

I know that there are many new companies, such as Blue Origin and Masten Space Systems, but I am concerned about traditional companies (ULA, Arianespace, ..). Or is what we are seeing here a disruption of the spaceflight sector, where old companies would disappear and new companies take over?

Jeff Bezos's Blue Origin has flown their New Sheppard vehicle, and reused the boost stage several times now. They intend to build a New Glenn vehicle that would be competitive with the Falcon 9 class payloads; like Falcon 9, it would land the first stage vertically.

ULA has discussed the Vulcan launcher where the engine pod would sever itself from the rest of the stage and re-enter under a ballute/parachute style model. They plan on initially replacing Atlas V and Delta 4 with Vulcan and then later enabling engine recovery. The engines would be picked out the air by a helicopter with a hook (Much as spy satellite film canisters were collected regularly).

Ariane has discussed ABILENE which is similar to Vulcan in that only the engine pod is recovered, but it would fly itself to a landing. As a commenter notes Arianespace is unclear if this is even worth it.

But Vulcan and ADELINE seem very pie in the sky compared to New Glenn and an actual flying reusable booster.

The Russians propose flyback boosters every so often that go nowhere. I could go flip through Anatoly Zak's book or website and list off the various paper only Russian reusable boosters (MAKS, Zenit even, Buran) but why bother they are all paper.

Ok. Listen to this song while reading this if you want.

Ok, I'm going to define SpaceX competitors as any launch vehicle, which is a loose definition, but this can just be the summary of every RLV in development. I don't have price points for any of these; which is probably the most important factor, but eh. 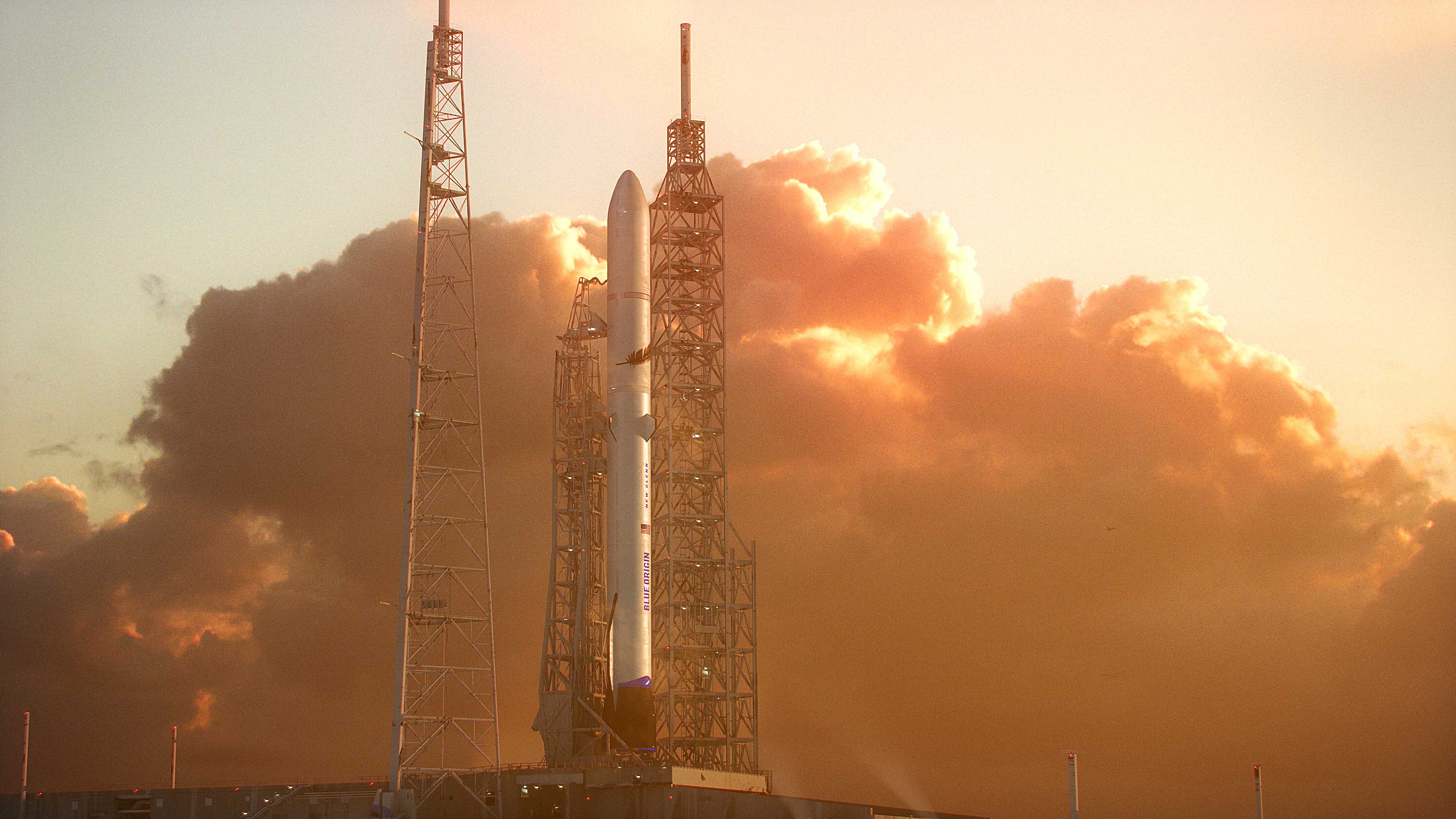 ULA Vulcan: Developing SMART reuse for Vulcan (27 tons to LEO (maybe more)) where the engine section and boosters seperate from the main booster, reenter using an inflatable heat shield, deploy a parachute and are caught with a helicopter. They are also developing the Centaur V to become an in space reusable stage, where they refuel in space. There's been proposals for recovery Centaur V with SMART and flyback boosters, but that's not on the board right now. Aiming at October, though it's unclear on the timeline for when SMART will be integrated. 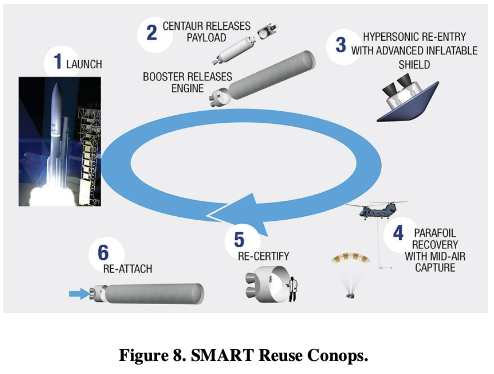 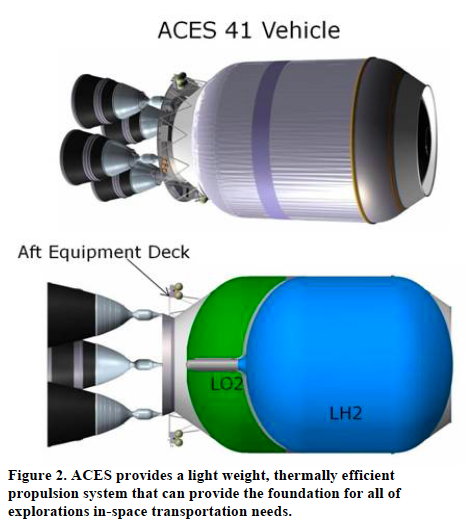 ACES has now been cannibalised into Centaur V 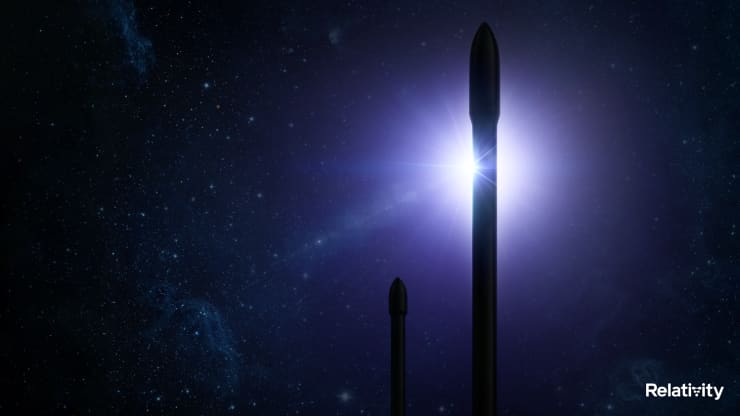 Rocket Lab Electron: Smaller launcher capable of ~300kg to LEO and is already launching. They are using a similar approach to SMART to recover the first stage, with first booster reflight aimed at 2022 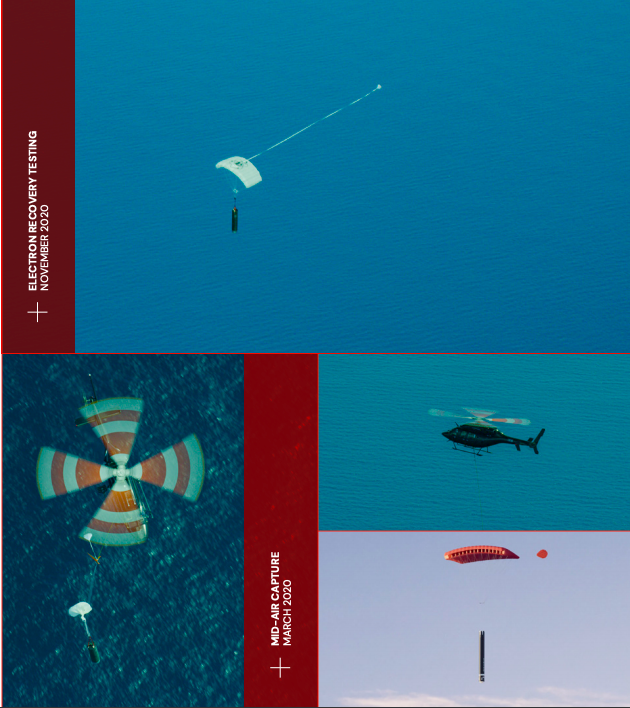 That's the main US RLV in development. But launch is a worldwide thing.

Arianespace Ariane Next: The specifics of this launch vehicle are still very much up in the design space (they haven't on whether they use hydrolox or methalox for first stage and second stage), but it generally has a VTVL first stage. NET launch date of ~2030 with capabilities similar to that of Ariane 6. 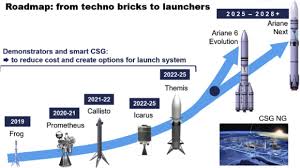 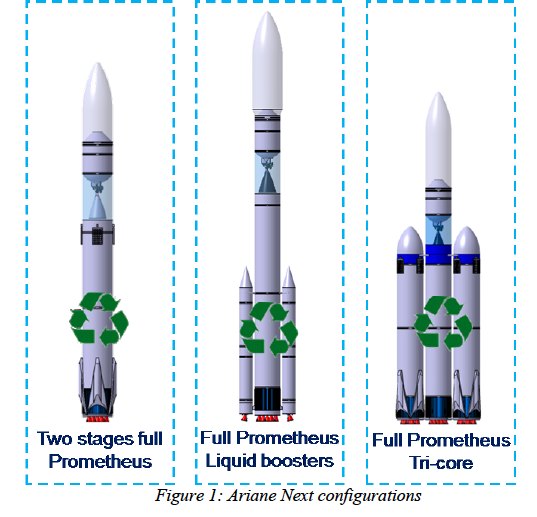 Ooo but what about China. Ignoring historical reuse with Chinese characteristics, there are also a lot of current Chinese launchers looking to integrate or be reusable.

Firstly the state is aiming to make some launchers reusable by 2025.

CALT Long March 8R: The most well known of Chinese RLV plans. LEO payload estimate of 5320kg (7600kg*70%). NET launch date of 2023 maybe(?). They'll be building a hopper this year but we haven't heard much more about the timeline than that. The boosters stay attached to minimise debris, decrease cost and increase dry mass when landing. YF-100s will probably have to modified a bit to allow for deeper throttling 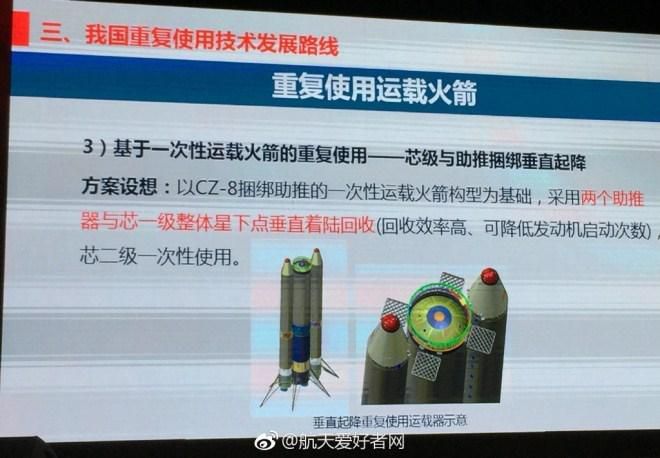 SAST Long March 6X Despite conceptually using the same core stage as the CZ-8R, because it's made by a different SOE, it isn't the same. To achieve reuse they're adding 2 YF-115 to the first stage to enable propulsive landing as the YF-100's can't throttle low enough. The NET launch date when announced back in 2019 was 2021, however we haven't heard much about it since; so that's probably slipped. With the launch of the CZ-6A this year, we might hear more about it. It's capable of 1.5 tons to LEO. 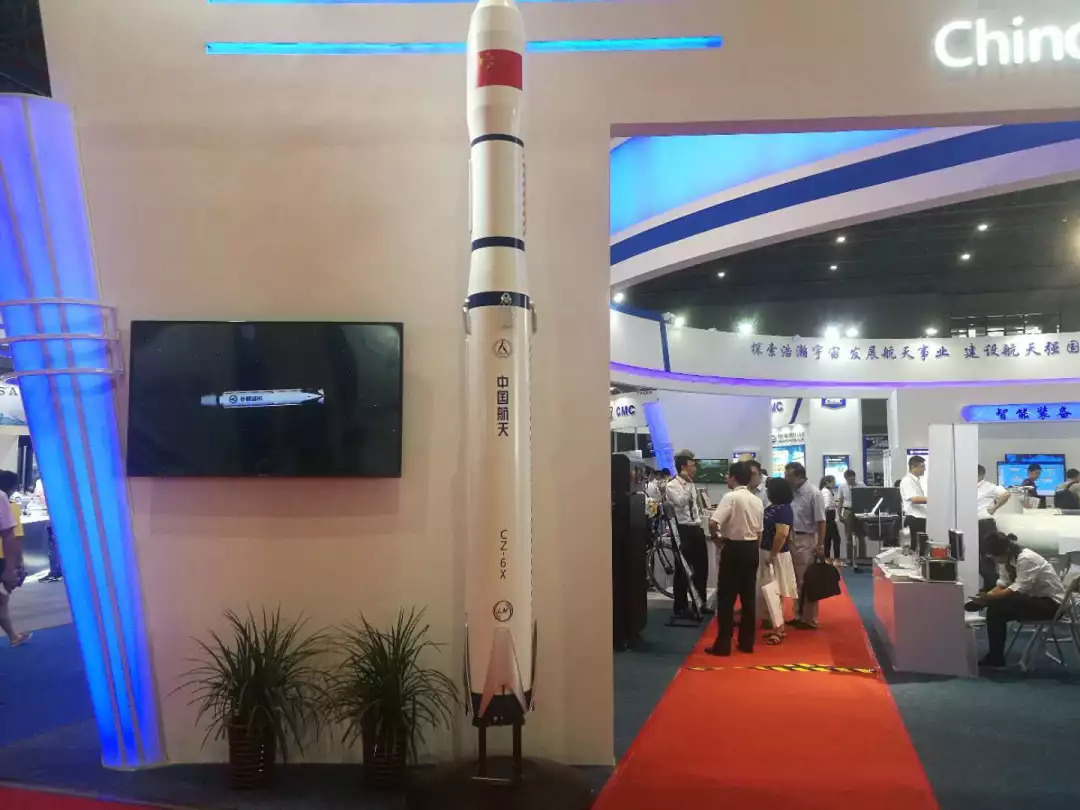 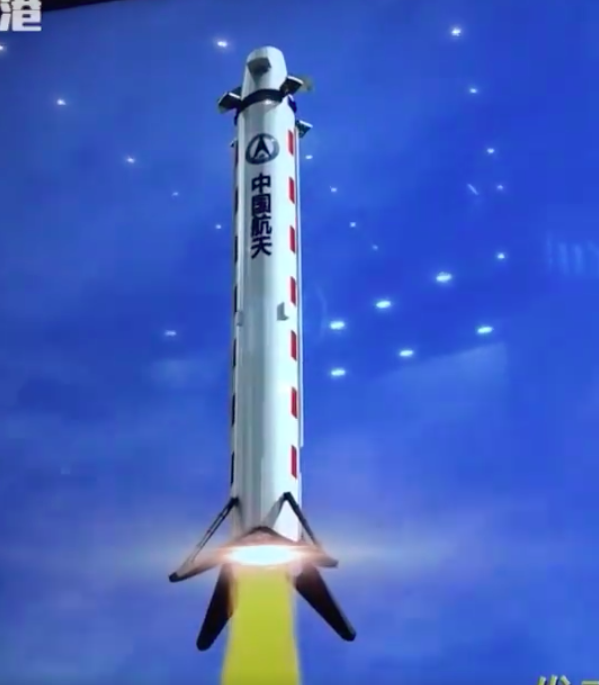 CALT Long March 7 is also planned to have reusability implemented. The first stage has a lot more commonality with the CZ-8R then the CZ-6X does, so it should be easier to implement once CZ-8R is launching. Also note that like CZ-8R, the CZ-7A boosters don't seperate from the core stage; which was debris reasons; but also helps with reuse. 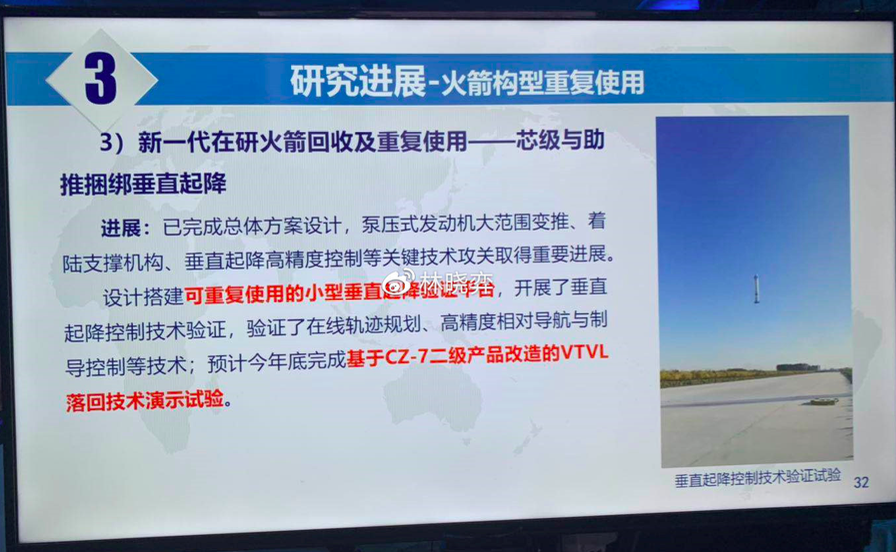 But there are also a lot of Chinese commercial launch providers with stated plans. We'll only cover two of the more serious ones though.

iSpace Hyberbola 2. Methalox 2 stage LV with first stage VTVL reusable capable of 1.5 tons to LEO. They're supposed to be building a hopper and launching orbitally this year, but I think the orbital launch especially is liable to slip to 2022. 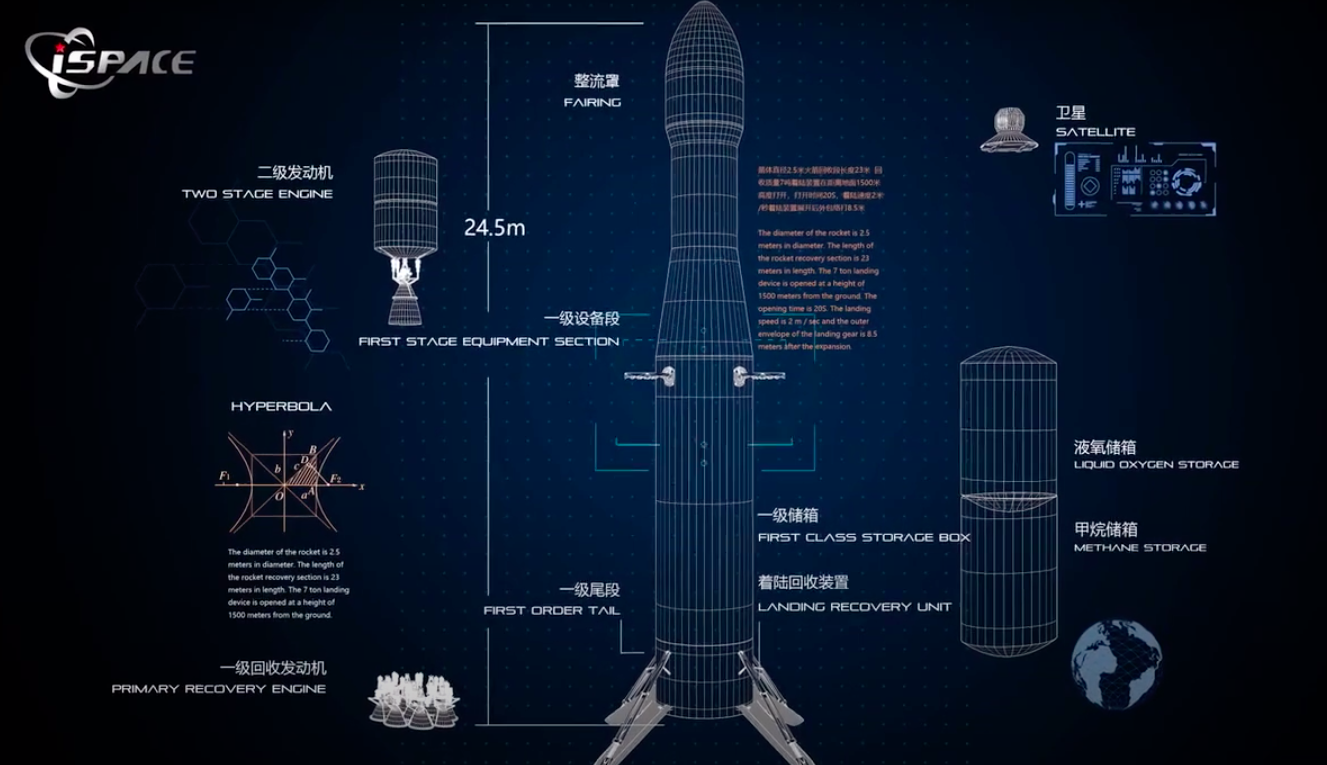 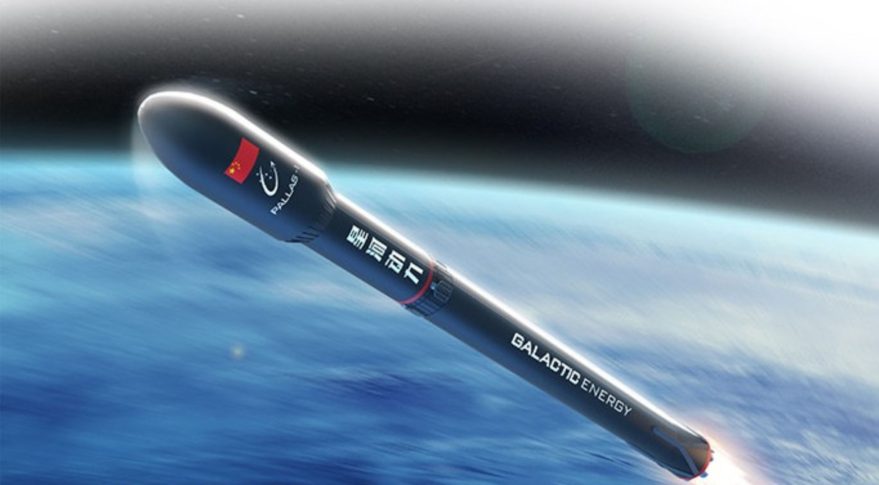 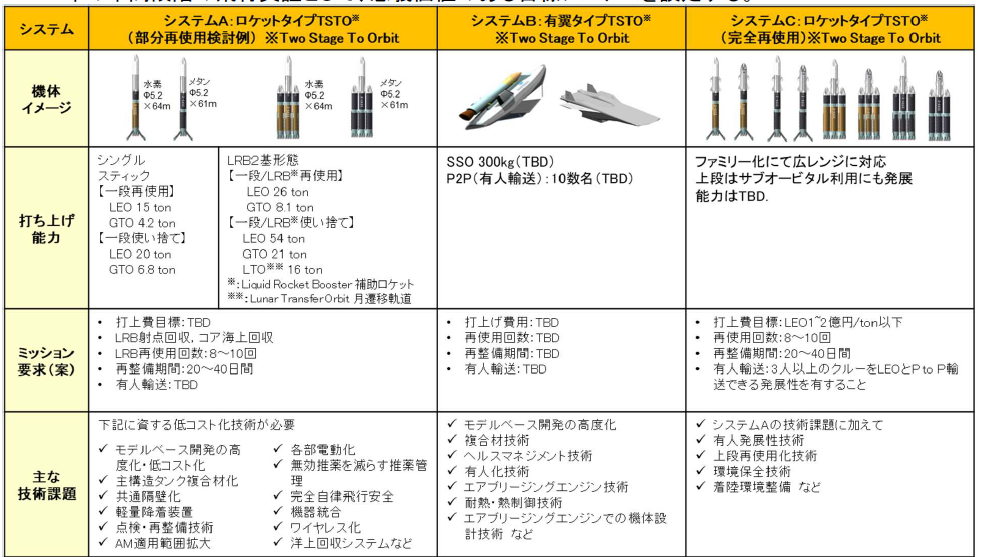 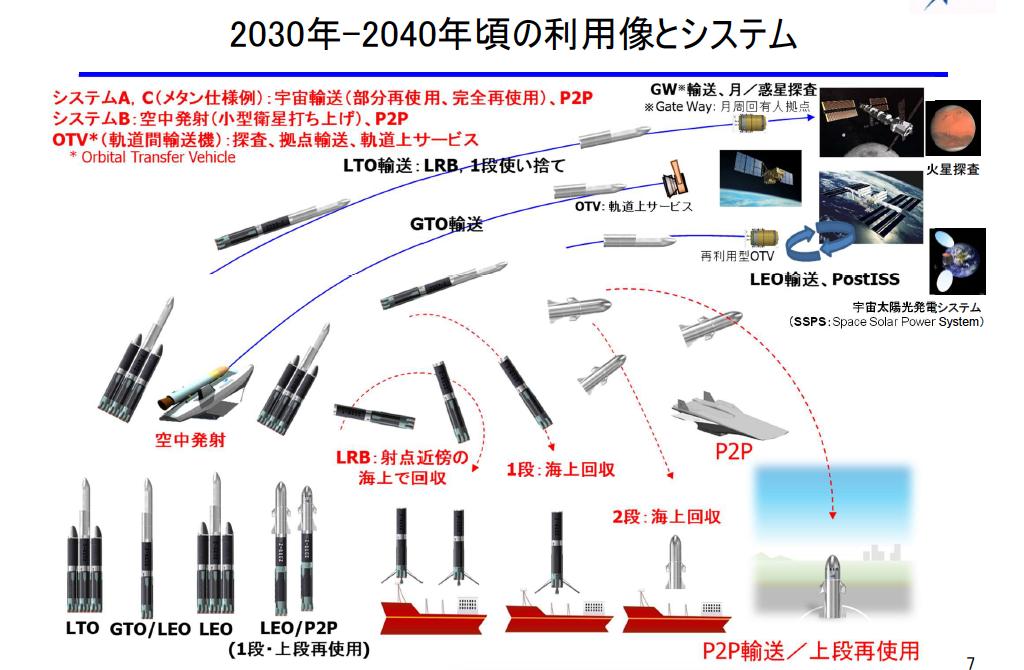 ISRO also have plans for a RLV(s). They are working on developing a space plane as well as a modular HLV with a reusable first stage booster. Maybe NET 2023, for this stuff, unsure. 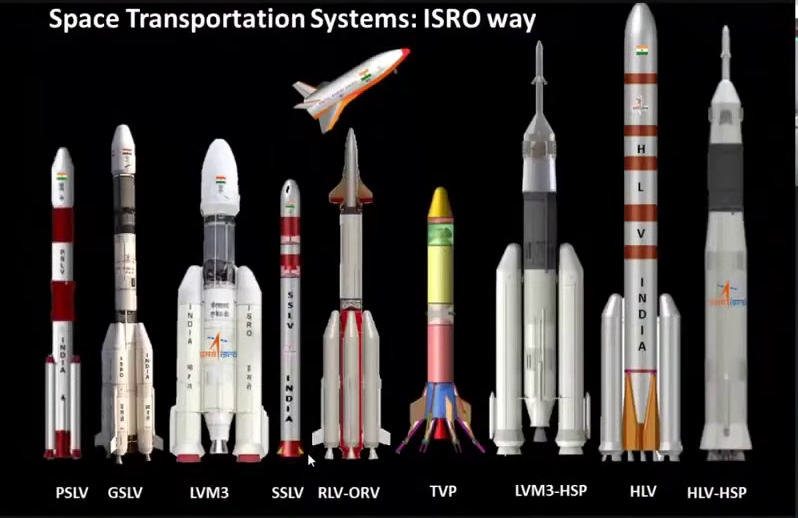 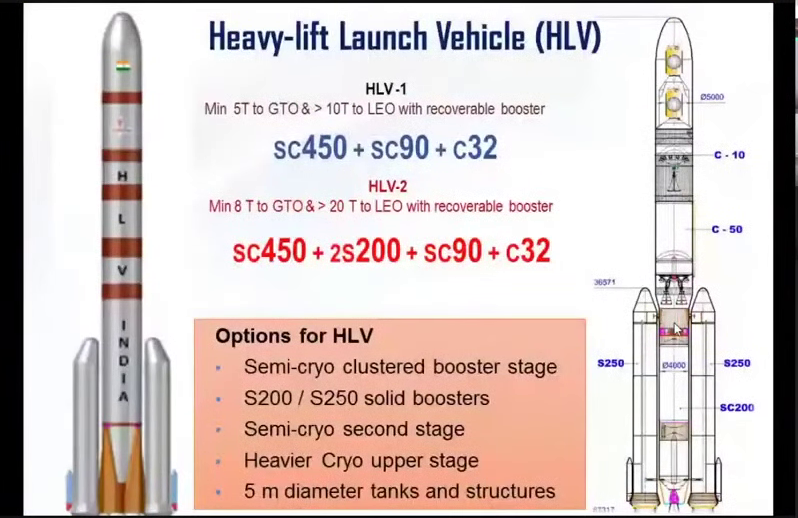 Last and definitely least is Roscosmos with their latest paper rocket with Amur "launching" in NET 2026. 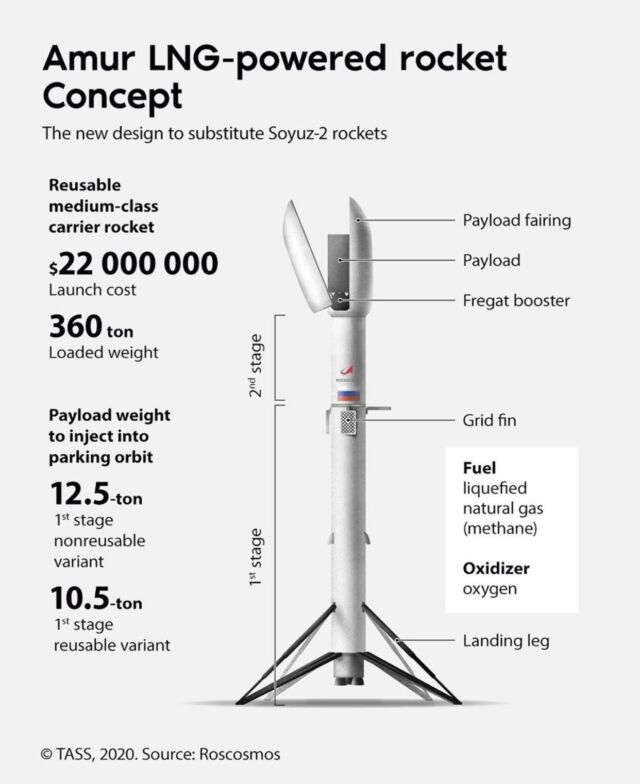 There are probably other proposals, but I'm limiting myself to semi-serious stuff. (sorry, but Firefly Aerospace's Gamma ain't getting on the list) (and like a commercial European reusable SLV probably exists, but at this stage I'm tired)

From The Observer's Rocket Lab’s CEO Is So Happy With Their Reusable Rockets, He’ll Eat His Hat

In November, New Zealand space startup Rocket Lab launched a small two-stage rocket called Electron. The crew then successfully recovered the first stage of the rocket, a groundbreaking moment for the company. The recovery test is a major step in Rocket Lab’s plan to commercialize reusable rockets, a sector pioneered by Elon Musk’s SpaceX.

Rocket Lab isn’t worried about competing with SpaceX, though, because not all reusable rockets are the same. For starters, Rocket Lab’s Electron is four times smaller than a SpaceX Falcon 9 and is therefore significantly cheaper to use. (A Falcon 9 mission costs between \$50 million to \$70 million, whereas Electron starts at \$7.5 million.)

From Space.com's Rocket Lab on road to reusability after successful booster recovery

The company recovered the first stage of its two-stage Electron rocket for the first time on Thursday (Nov. 19), fishing the booster out of the Pacific Ocean a few hours after it had helped launch a 30-satellite mission aptly called "Return to Sender."

The stage survived its trip back from space in great shape, helping to validate Rocket Lab's reusability vision, according to company founder and CEO Peter Beck. 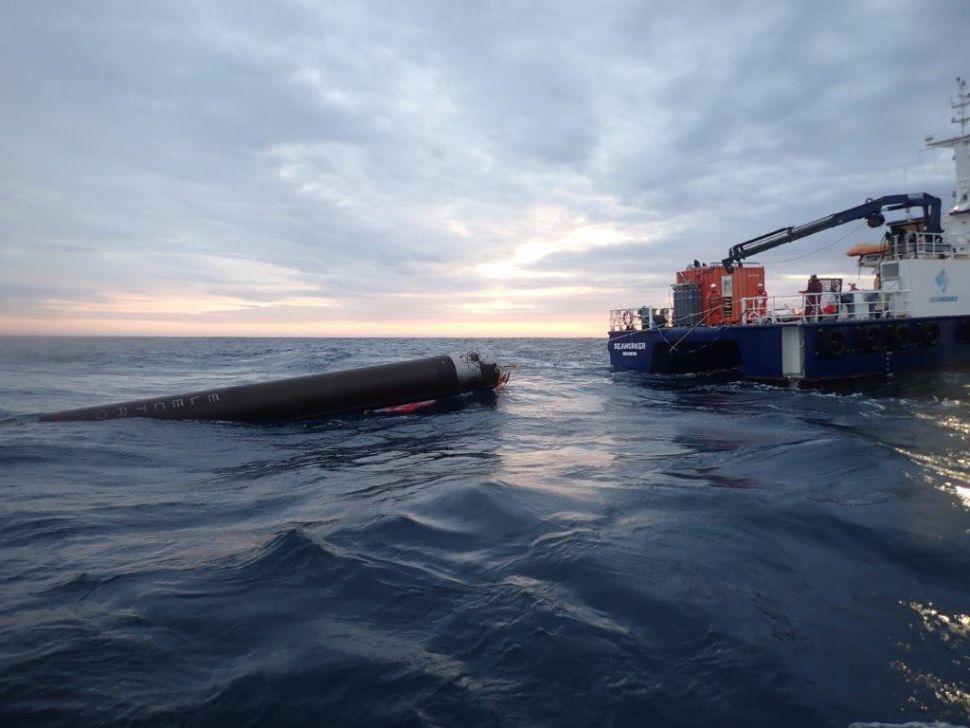 Rocket Lab recovered the first stage of its Electron booster for the first time ever during the “Return to Sender” mission, which launched on Nov. 19, 2020. (Image credit: Rocket Lab via Twitter)

Note that this is a test of some elements of recovery. The plan is to catch them in the air before they hit the water.

What's the next challenge? Reusable satellites!

Not the answer you're looking for? Browse other questions tagged spacex reuse uncrewed-spaceflight or ask your own question.

2
Most challenging aspects of a reusable satellite scheme like this?

7
Where is SpaceX planning to land their booster rockets for Mission 14 and 15?
8
SpaceX Falcon 9 Reusable first stage propellant for return
7
Is SpaceX already researching, planning or designing, structures for Mars colonies?
8
Would it not be easier for SpaceX to make their first stage only partly reusable?
19
Why does SpaceX appear to get less funding from NASA for the same thing as competitors?
61
Why does the SpaceX reusable launcher use vertical rather than horizontal landing?
5
Are the SpaceX boosters slated to return to their launch site or somewhere downrange?
7
What are the major challenges faced in designing a reusable heat shield?
18
Why create a production line for the SpaceX Starship?
8
How many Crew Dragon spacecraft are SpaceX planning to operate?