Could you stably orbit around a square (cubic) body? Would the orbit destabilize automatically if not corrected by input?

Given that the cubic body is of homogeneous mass (say Iron) and we want to start with the best possible orbit and input nothing afterwards, could something orbit this cubic body stably?

The problem of simply calculating the gravitational field of a cube is already interesting in part because more complex objects such as asteroids can be built-up from many smaller cubes, for example using the Marching Cubes technique.

The idea of using the "Polyhedra Method" to approximate an arbitrarily shaped object as a series of polyhedra seems to go back to the book The Theory of the Potential, MacMillan W. D. 1930, New York: McGraw-Hill. Republished by Dover, New York, 1958. This method was used in the very interesting paper by JPL’s Robert A. Werner and Daniel J. Scheeres Exterior gravitation of a polyhedron derived and compared with harmonic and mascon gravitation representations of asteroid 4769 Castalia Celest. Mech. Dyn. Astron. 65(3), 313–344 (1997) where they compare to using a spherical harmonic technique (e.g. $J_2$...) as well as trying to define the potential in terms of a central or spherical mass plus a series of "mascons" or mass concentrations.

The first discussion to the problem that also considers the orbits about cubes that I've found was by James M. Chappell, Mark J. Chappell, Azhar Iqbal and Derek Abbott in their 2012 paper The gravitational field of a cube (also here). Here they also explore what a "lake" would look like as well as some of the possible orbits. However they were not able to identify stable, closed orbits. 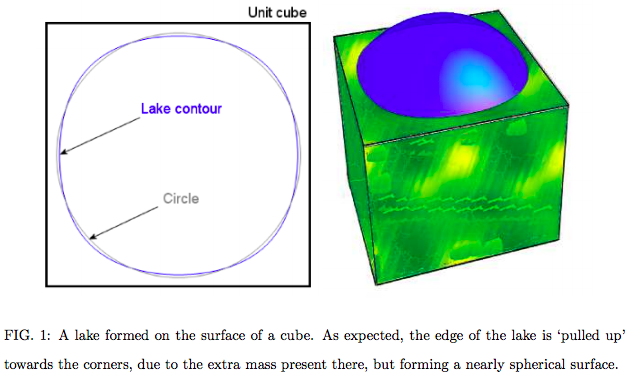 The problem was studied further in the 2011 paper by Xiaodong Liu, Hexi Baoyin, Xingrui Ma Periodic orbits in the gravity field of a fixed homogeneous cube. They identified orbits which they state are closed and stable around a fixed, non rotating cube, both in the symmetry plane (one the cube's "equators") as well as in the plane of the inscribed hexagon with the cube. 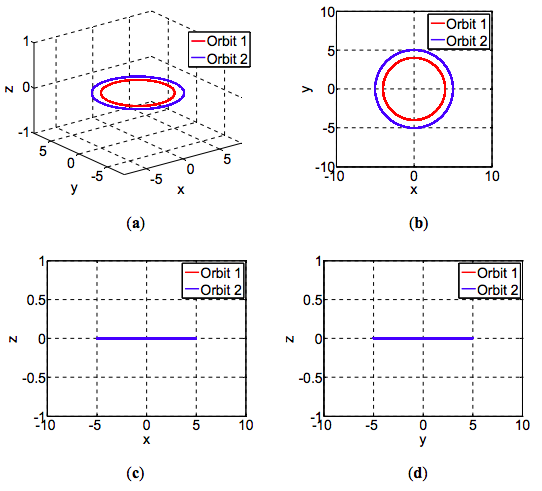 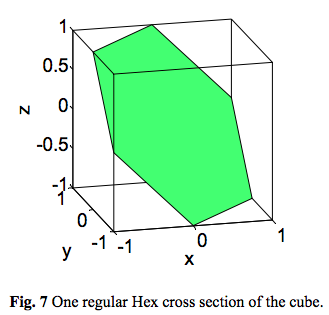 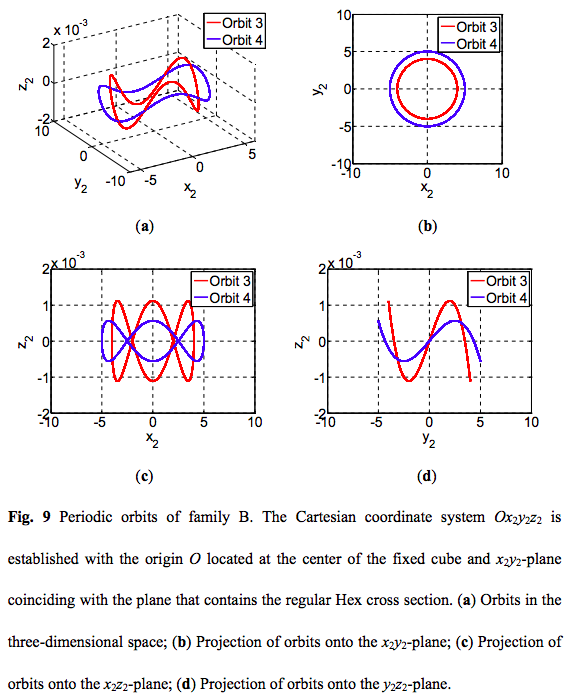 In the companion paper by the same authors around the same time Equilibria, periodic orbits around equilibria, and heteroclinic connections in the gravity field of a rotating homogeneous cube they analyze orbits about a rotating cube. They find stable orbits, some of which "hover" or orbit around a certain region above the rotating cube, like a geosynchronous orbit would.

It is always difficult to draw orbits in rotating frames in 2D. I'll include one "sample" figure which gives a flavor of their results, but one has to read the paper in depth to appreciate what the orbits will actually be like. 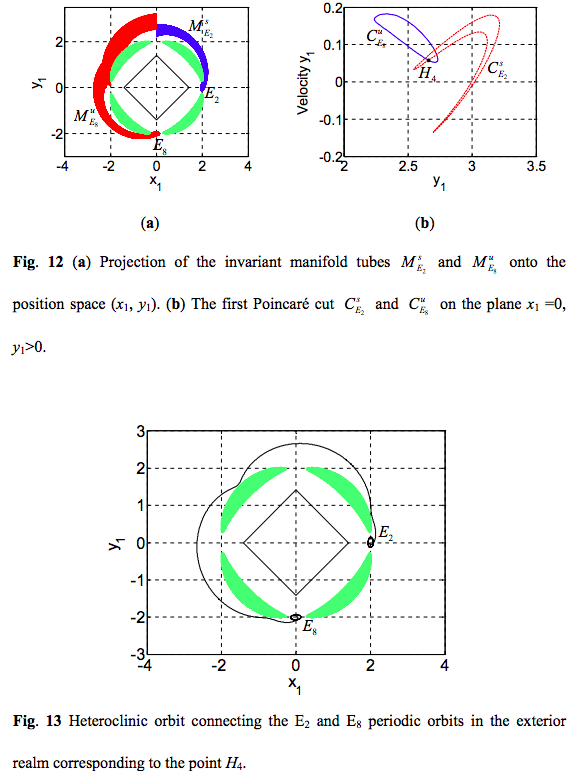 5
Do all rigid bodies of radius r have at least one stable orbit with perihelion p such that 2r > p > r?
5
How do orbits around Jacobi ellipsoids behave?
2
Any exact analytical solutions for non-Keplerian orbits; those around non-radially symmetric mass distributions (e.g. J₂≠0)?
5
Has lithocapture ever been seriously considered as a method of entering orbit around a planet or moon that lacks any atmosphere?

19
How accurately (maximum possible accuracy) can future satellite positions be predicted?
6
What is the largest body in the solar system we could meaningfully and accurately adjust the orbit of?
0
If we make a "Ring around the earth" in orbit - a wire ring in orbit - could we use it generate electricity?
0
How to find instantaneous positions of a central body of specified mass that results in an osculating orbit?
2
Calculating orbital parameters for given requirements
9
How could a satellite follow Earth around the Sun while staying outside of Earth's orbit?
0
Using a sling whirled around above the head, could someone on the moon throw a stone into orbit?
3
What is the intuition behind crossing angular momentum to derive the eccentricity vector?