E-sails (Electric Sails) deflect Solar wind protons to produce thrust, that's good protection for living things in a permanent centre module that produces and stores food and oxygen. I was thinking a fleet of them, looping around Mars and back as far as Venus in a repeating pattern. Every Earth/Mars alignment there is one available for fast as possible travel to Mars another from Mars to Earth. The others at various stages in the cycle. The Venus gravity assist one gets thrown back to Mars for a contingency flyby at Earth/Mars opposition.

My question, is the pattern possible with a half dozen of these Oasis transport ships?

Although an 'E-sail" can probably protect against some of the protons emitted from the sun, there are far more efficient methods available than a fleet of large sails. For example, by providing each ship with it's own 'E-sail' wouldn't be that hard. 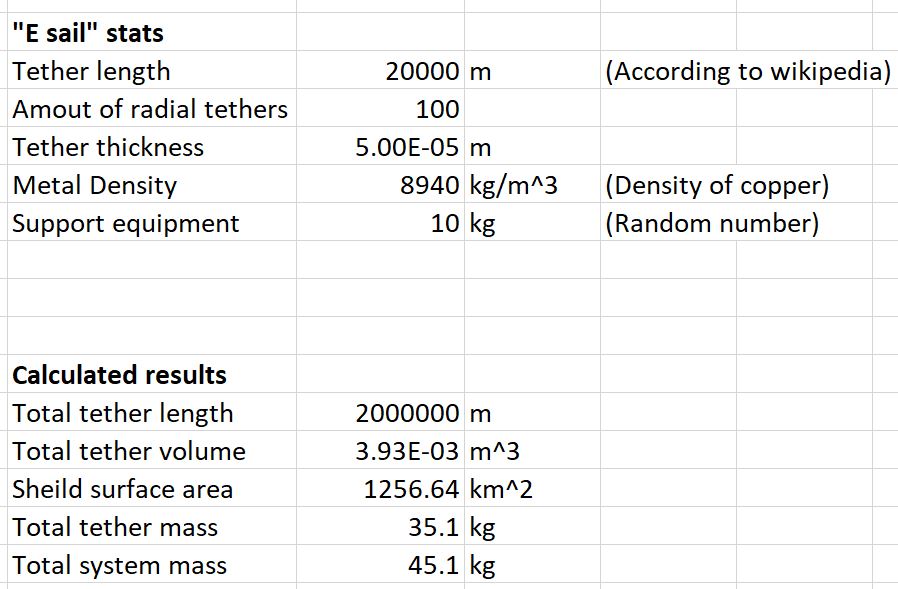 I used numbers for the size of the E-sail from Wikipedia (beware, no citation)

These are however provided that an 'E-sail' would work as solar wind shielding. Regardless of whether they do or don't, there's more established and practical methods of radiation shielding.

Throughout the entire trip [to mars], astronauts must be protected from two sources of radiation. The first comes from the sun, which regularly releases a steady stream of solar particles, as well as occasional larger bursts in the wake of giant explosions, such as solar flares and coronal mass ejections, on the sun. These energetic particles are almost all protons, and, though the sun releases an unfathomably large number of them, the proton energy is low enough that they can almost all be physically shielded by the structure of the spacecraft.

An alternative method for providing radiation shielding from the sun for a ship would be a large, variable power, electromagnet on a gimbal somewhere inside the ship. This magnet would just point perpendicular to the sun and in the event of a larger solar event, it's power would be increased for more deflection. Unfortunately, these are not the hard ones to shield against:

The second source of energetic particles is harder to shield. These particles come from galactic cosmic rays, often known as GCRs. They’re particles accelerated to near the speed of light that shoot into our solar system from other stars in the Milky Way or even other galaxies. Like solar particles, galactic cosmic rays are mostly protons. However, some of them are heavier elements, ranging from helium up to the heaviest elements. These more energetic particles can knock apart atoms in the material they strike, such as in the astronaut, the metal walls of a spacecraft, habitat, or vehicle, causing sub-atomic particles to shower into the structure. This secondary radiation, as it is known, can reach a dangerous level.

This type of radiation can't really be blocked using a single electromagnet due to the fact that all magnets are dipoles and can only redirect particles if the're coming in from a certain direction. Blocking this second type of radiation with current technology requires

How much power would a spacecraft's magnetic shield require?

Not the answer you're looking for? Browse other questions tagged mars radiation interplanetary solar-sail or ask your own question.

34
How much power would a spacecraft's magnetic shield require?
4
What powers an e-sail?

9
What, if any, reduction in radiation exposure does the atmosphere of Mars provide?
8
Visualization of non-Keplerian orbits for solar sails
6
How big can solar sails be?
3
Could the Hubble mirror be used to create a laser to propel solar sails?
3
Could Solar Cells provide Neutron shielding?
0
How effective are solar sails to deflect an asteroid?
3
Could the International Space Station be fitted with solar sails?
8
Travel Speed in Space
5
Could the BFR Tanker be used as an artificial gravity counterweight for interplanetary travel?
5
Attitude and orbit detection systems for solar sails