Mining of Uranus or Neptune

Some studies show that there are big 'seas' of diamonds on Uranus and Neptune, there may be loads of it.

I was thinking, wouldn't it be a great business opportunity to go to Uranus or Neptune (maybe lend some money, build a robotic ship), get some diamonds, and return back (and give back lend money)?

How expensive and how realistic would this action be? It seems to me as a really great plan for rich people to multiply their assets.

mining neptune uranus
Share
Improve this question
edited May 17 '19 at 11:13

That sounds like a terrible idea. The article says that:

Lastly, Both planets contain high concentrations of methane. Like graphite, it too can actually transform into various forms of complex hydrocarbons given enough heat and pressure.

Even if you intent do harvest diamonds not for their practical applications, but for their idealistic value, wouldn't it be much cheaper to just manufacture them here at home?

First of all, Neptune is a gas giant. Meaning there is no place for the spacecraft to land safely. And on top of that Neptune is about 2.26 Billion miles from Earth (When lined up towards the sun).

Okay, but lets say the almighty diamond rush starts and they take off. The last time something visited Neptune was NASAs New Horizon which took 8 years of spacetravel which will probably come down to atleast 18 years of total spacetravel when they come back... The climate on Neptune is kinda harsh compared to Earth. They have calculated that winds of up to 600 m/s is a common thing on Neptune. When the crew goes down for landing they wont only have to account on the 600 m/s winds but also the fact that theres no place to land on. Sure the core of the plants are mostly Ice and stone, however it is beneath miles of water.

Realisticly, before the spacecraft can hover safely for days this is not possible.

This wikipedia article suggests that the conditions for diamond formation might (the same article mentions considerable doubts) be found 7000-10000 km below the cloud tops of Uranus and Neptune at temperatures of thousands of degrees and pressures of close to a million atmospheres. Since the interior of these planets is fluid, any diamonds formed would promptly sink down to even deeper, hotter and higher pressure levels (where they might well melt again). Building any machines to work at that depth takes us deep into the territory of science fiction -- you need force fields or "magic" materials.

Time to burst some bubbles. In all likelihood the diamond inside giant planets is merely industrial quality, so we would be seeking a commodity that's actually cheap.

The United States Geological Survey reports that industrial diamond brings in only a few dimes per carat, not the thousands of dollars per carat brought in by the gem-quality stuff. 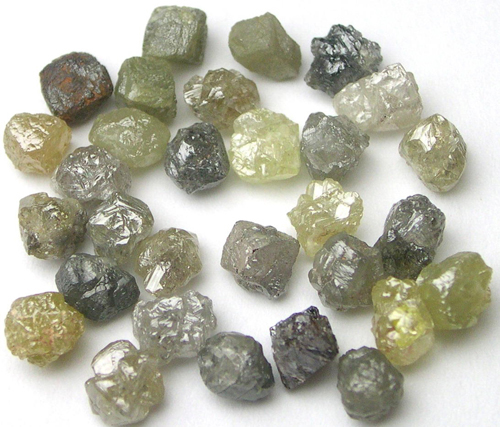 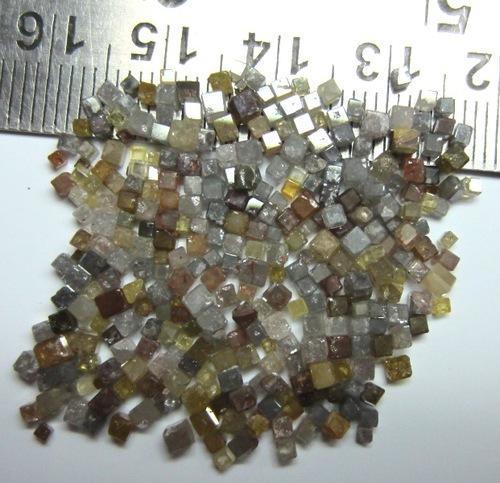 This would be done using a space crane. A space crane is a type of sattilite placed in a geosynchronous orbit. It lowers cables and other equipment into the atmosphere.

While you could potentially mine diamonds this way, of equal or greater value would be the vast amounts of methane.

You would suck this up into space and place it in collosal space balloons (you could use the extreme cold of space to aid in liquifying it). You would transport the methane back to earth for use as fuel.

The balloons would be set in motion and basically float unmanned towards the earth, then captured and placed into Earth's orbit.

Your challenge would be getting the mining equipment in orbit around Neptune and getting it assembled. It would most likely need to be manned by a skeleton crew. Keeping them alive some 2.5 billion miles from home would be a logistical challenge. Your next challenge would be controlling the equipment extending from space into Neptune's atmosphere.

To get such operations started in this day and age would require the efforts of several multi billion dollar corporations, and the government, and probably a 40 year turnaround for planning, engineering, R&D, production, transportation out, mining, then return trip of first balloon. Transportation alone is about a 20 year round trip.

Not the answer you're looking for? Browse other questions tagged mining neptune uranus or ask your own question.

9
Mining and the transportation of resources
43
Legality of asteroid mining
15
Is it more challenging to put an airship in the Uranian than in the Venusian atmosphere?
5
What were the highest quality photos and knowledge of Uranus and Neptune before Voyager?
23
Why didn't Pioneer 11 visit Uranus/Neptune, and why didn't Voyager 1 visit Pluto?
17
Why there is no orbiter for Uranus or Neptune?
2
Inspect an asteroid before mining?
1
How many companies do specialize currently in (research of) asteroid mining?