What are the sizes and locations of Progress's thrusters?

Supposedly the Progress modules used for ISS reboost, attitude control, and debris avoidance have two large engines and some number of steering jets.

I know Zarya has 24 large and 12 small in addition to its two main engines, and the same page says that between Zarya and Zvezda there are 32 radial thrusters in two sets of 16.

I imagine Zarya, Zvezda, and Progress all have similarly sized thrusters — so it seems likely that there are three sizes on Progress. But I don't know what I'm looking for in pictures like this one.

Does anyone in here have an insight into Progress' control capability? Might it be in one of the Space Station Program interface control documents, and if so, can someone point me to the correct one?

This was an interesting question to research. I did not find one definitive source, but have attempted to synthesize an answer from the list of references at the end.

There have been a number of versions of Progress with slightly different propulsion systems. AFAIK this information is correct for the latest version currently in use.

The Progress propulsion system uses as propellants nitrogen tetroxide / unsymmetrical dimethylhydrazine. The main engine and attitude control thrusters use the same propellant tankage. There are four propellant tanks and four helium pressurization tanks. Unused propellant can be transferred to the ISS in addition to propellants specifically carried as cargo.

The main engine provides axial thrust and its nominal thrust level is 2950 N. It is variously referred to as the S5.80 or KTDU-80 engine. 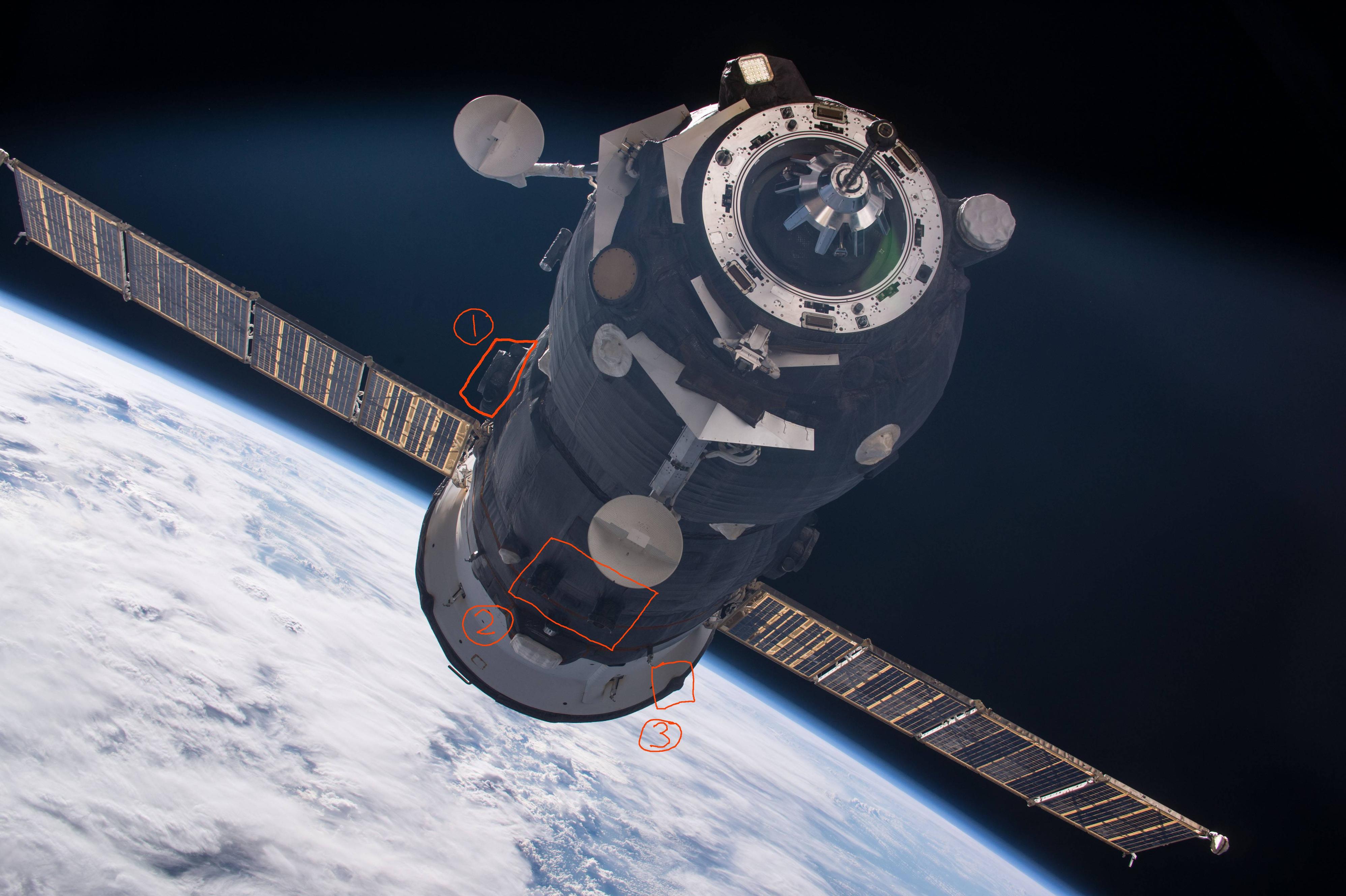 Not the answer you're looking for? Browse other questions tagged iss attitude engines russian-segment or ask your own question.

32
Will the ISS need more docking ports?
15
Can a Boeing CST-100 be used to provide station reboost?
11
How are the Voyagers' thrusters configured in a novel way to minimize accelerations along Earth-spacecraft axis?
1
What are the main properties of the CMGs on the ISS
5
Approximate sizes and relative positions of the ISS' cupola windows?
40
What did the Soviet Union and Russia bring to the ISS?
4
Have all of InSight's engines/thrusters been permanently disabled now that it has landed?
10
How hard was it for the Shuttle to perform attitude control for the entire ISS? Did they have to calibrate?
5
What is the thrust of Momentus' thrusters?