Is it possible for small satellites to orbit in MEO or GEO?

I am researching satellite technology, and in particular I am looking at the rise and implications of smallsat technology. As far as I know, there are currently no satellites beyond LEO that would be categorized as smallsats. Here's a link to a list of all or most satellites currently in orbit.

Wikipedia defines smallsats as anything under 500 kg while NASA puts the cutoff at 180 kg.

For Earth-based orbits, it appears that the farther away the satellite, the larger it is. I am just wondering if this will always be the case.

Addendum: Apollo 15 deployed the Particles and Fields Satellite into lunar orbit. It returned data from August 1971 to January 1973. 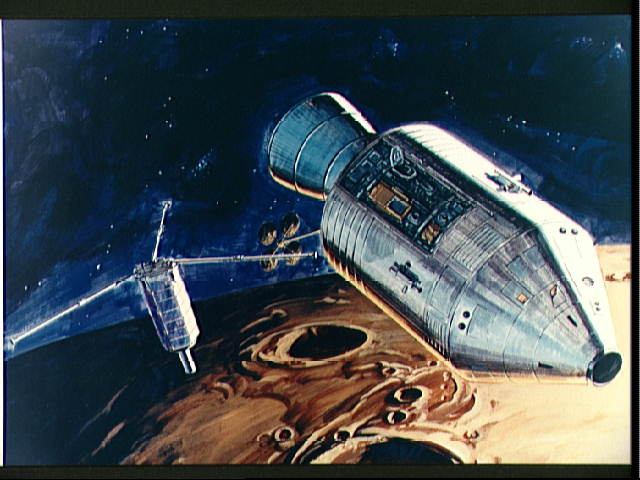 This answer mainly addresses the last part of the question "For Earth-based orbits, it appears that the farther away the satellite, the larger it is. I am just wondering if this will always be the case." (NB at the time of answering the question title was "Is it possible for small satellites to orbit in MEO or GEO" which has the simple answer of yes.)

The simple answer is it is likely but not inevitable that satellites launched to MEO and GEO may be larger.

The starting premise is that higher orbits require more energy to get to from the Earth's surface. Thereafter, talking in typical terms:

Presently, plausible targets direct deliveries as rideshares are most likely to be GTO because of the large number of commercial missions there. MEO seems plausible with the traffic to deliver navigation satellites and there are even a small number of direct deliveries to GEO, usually on US and Russian government missions.

Examples of missions based on direct or near-direct rideshares:

The STRV 1a and 1b satellites (~50kg each) were deliberately launched on a rideshare into GTO as the target orbit so that they could measure the radiation environment and test experimental equipments. See here for further details.

The Spirale satellite (120 kg) was also launched into GTO on a rideshare but manoeuvered slightly to increase the perigee from 200km to 600km to prolong the mission life. The mission was an Early Warning demonstrator and its not entirely clear why it was based in near GTO, it seems quite possible that it was intended to be the forerunner of a GEO mission and used the apogee passes to obtain a GEO like view of the Earth. See here for further details.

Example: launch to GTO then manoeuvre to GEO

As a rough guide, a mission launched to GTO but targeted to manoeuvre to GEO under the power of the satellite could expect:

It is entirely possible to do some rough calculations for the manouevres and equipment mass for such a mission or for other orbits though you can see there is a lot to consider; expect there to be a bit of a learning curve.

Short of actually stepping through such calculations its hard to see how this could add up looking like a large payload mass fraction for even a 50 - 100kg satellite, let alone a nanosat / cubesat.