Why is the velocity of a satellite the result of a sum of two velocities? (clarifying img included)

I am a newbie when it comes to orbital mechanics. The velocity of a spacecraft is given by a sum of two types of velocities. But I don't understand the difference between both velocities: 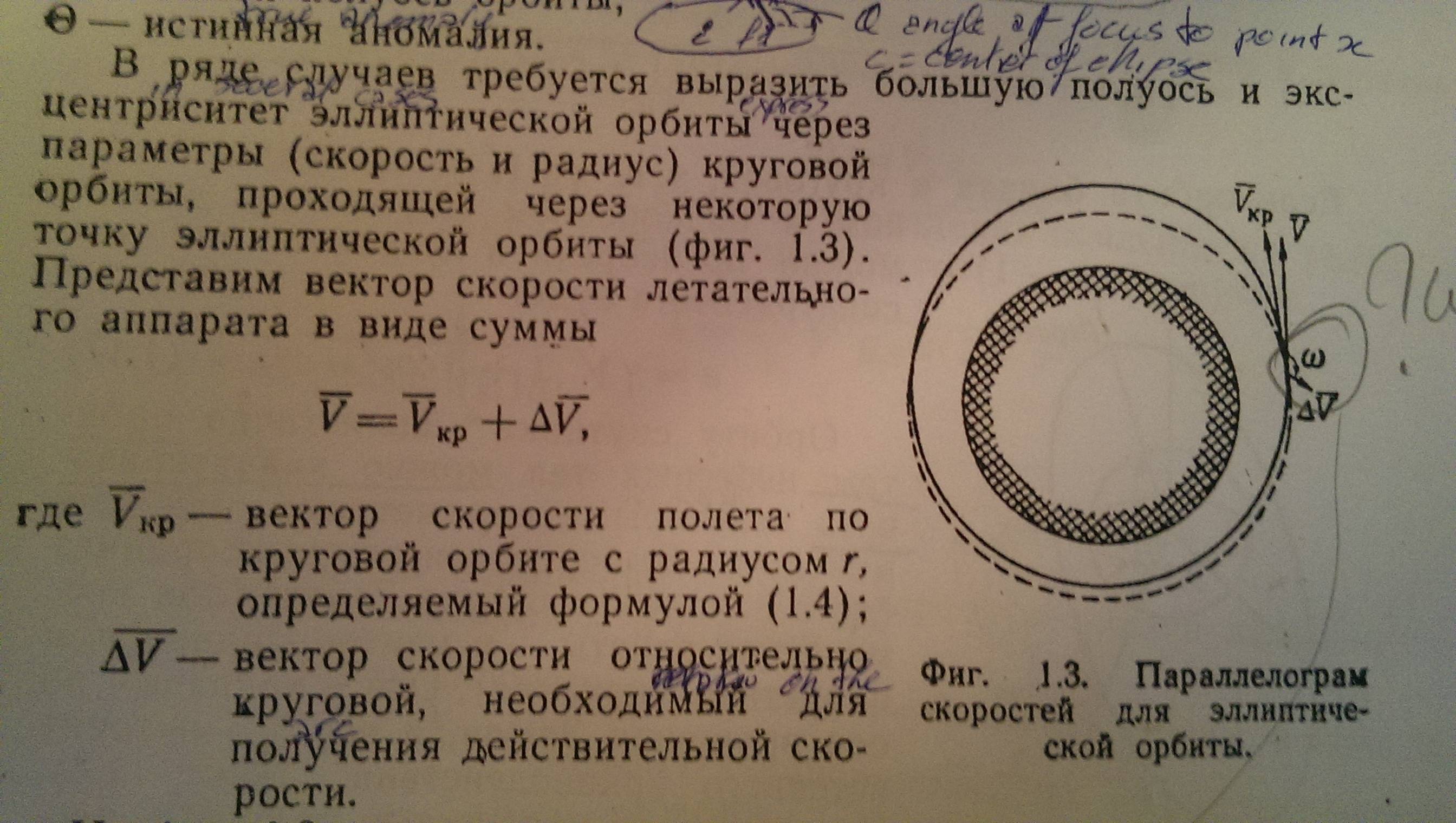 Could somebody help me understand?

In some cases, one needs to express semi-major axis and eccentricity of an elliptic orbit in terms of parameters (speed and radius) of the circular orbit passing through a certain point of the elliptic orbit (Fig 1.3). Let's represent the spacecraft's velocity as a sum

where $V_{circ}$ is the velocity of movement along the circular orbit of radius $r$, determined by formula (1.4);

$\Delta V$ is the velocity relative to the circular, required to attain the actual velocity.

It's probably explained later in the book what they need to represent $V$ as such a sum for.

Not the answer you're looking for? Browse other questions tagged artificial-satellite physics moons or ask your own question.

3
Speed limit while "Orbiting" a fixed point in deep space
6
Time, UTC, Julian Date, TLE epoch - how are they related quantitatively?
13
How to obtain UTC of the epoch time in a satellite TLE (two line element)?
4
Difference between true anomaly and mean anomaly
15
Is the Flyby Anomaly still a thing?
2
Why is the cold of space a danger to satellites?
9
Teleporting an object into geosynchronous orbit
8
How can I calculate the delta-v correctly, this way does not seem to be correct?
3
What is the optimal angle for a solar-sail deorbit towards the Sun when radial thrust is included?
22
Do you need 0 km/s velocity to crash into the sun?