Did the soft-landing rockets malfunction in the Soyuz (expedition 50 crew) landing?

I just watched the live feed of the Soyuz capsule landing in Kazakhstan. All the way down the narrator was describing the expected sequence of parachutes and how retro-rockets would fire approximately 3 seconds before touchdown to soften the landing.

If these rockets fired it was not visible from the long range camera footage (posted here on Twitter). If anything there is a <0.2sec window in the clip where they might have fired right at touchdown. 1 frame is in the air, 2 have a blast ring/glow, and the next is on the ground in what seems like a pretty hard touchdown. 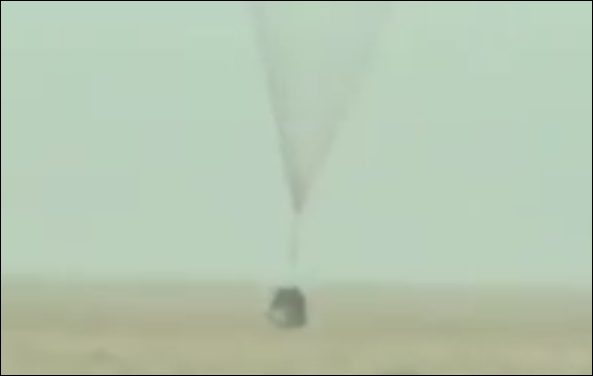 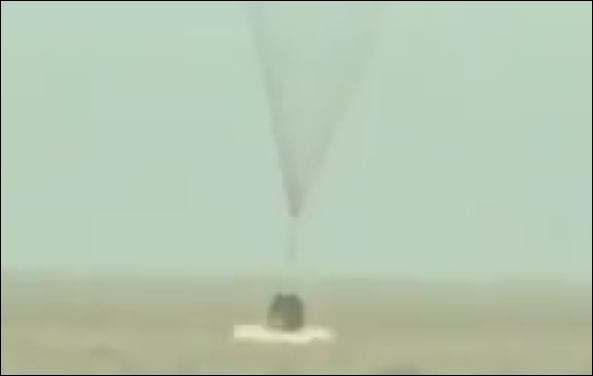 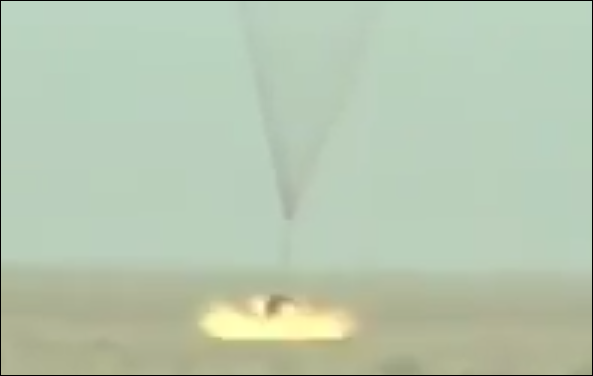 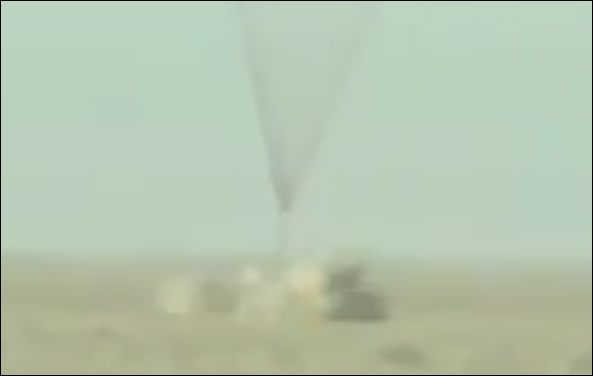 No mention of this is being made in the rest of the broadcast. (Edit: A narrator just described the replay about 20 minutes later saying the "there we see the soft landing engines firing just a second or two before landing", but this is neither the 3 seconds that was expected nor is it accurate as what is visible happens only a fraction of a second before touchdown.)

Was there a problem with the altitude detection or timing of the soft landing rockets firing? Would this have been visible if they had fired earlier? Or might they have fired and we just couldn't see them from this camera show? Is there other footage to compare how this sequence looks?

ESA has a nice 3-part video series on YouTube that explains on a high-level ascent, rendezvous, and re-entry. These are actual training videos that are shown to ESA astronauts during their training.

The narrator in the video gives the height at which the retro-rockets fire as "70 cm":

70 cm above the ground, the six retro-rockets fire to further reduce the capsule's speed to approximately 5 km/h.

You can see in the video (at about 18:07) that the rockets really do fire very late and very short. It actually looks more like a small explosion underneath the capsule than sustained thrust from a rocket:

The "three second" item is incorrect. In general (and this can be confirmed by watching multiple landings), the rockets fire approximately half a second before landing. Maybe they meant to say "three feet"?

As an aside, astronauts who have ridden the Soyuz home invariably describe it as a fairly wild ride. Terms I've personally heard include "car accident" and "going over Niagara Falls in a barrel.... that's on fire."

I found a book about solid fuel engine design (in Russian)

According to this book, the soft landing rockets are ignited when the Soyuz capsule is about 1 meter from the ground and they work only a fraction of the second, reducing speed from 7-8 m/s to 0.

They always fire off only a couple of feet from the ground.

10
Why did the returning F9 first stage generate a triple sonic boom?
3
What's the purpose of the white flashing lights on the Falcon 9 legs?
3
Why were there green ignition flashes after Falcon 9's landing?
49
How does the SpaceX Falcon 9 first-stage straighten for landing?
0
From which direction was the Falcon 9 1st stage's landing approach (BulgariaSat-1)?
15
What is the cause of this Falcon 9 first stage "dance" after landing?
2
At what altitude(s) were the Viking BLDT rockets fired?
13
Did Apollo have braking rockets for soft landing on Earth?