What does a steep change in mean anomaly indicate?

I'm following the slot swaps of the Iridium satellites in plane 6 and cannot make sense of the following: The TLEs of three of the old satellites very often show a marked difference in the mean anomaly to the previous day, while the mean anomaly of the other 7 satellites barely changes. Why could this be, what effect does it have?

As an example, I attach the TLEs of three consecutive days. Iridium 80, 77 and 98 show the big leaps in mean anomaly while the other satellites seem fairly unchanged. As far as I know, there was no manoeuvering going on with any of them at that time. The IridiumNEXT sats had already been inserted and were being tested. 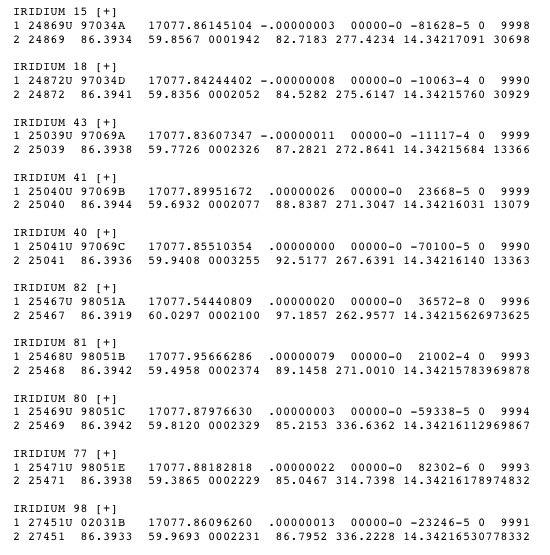 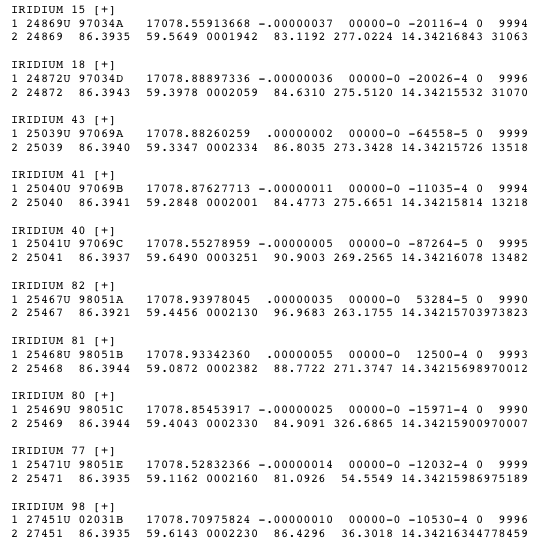 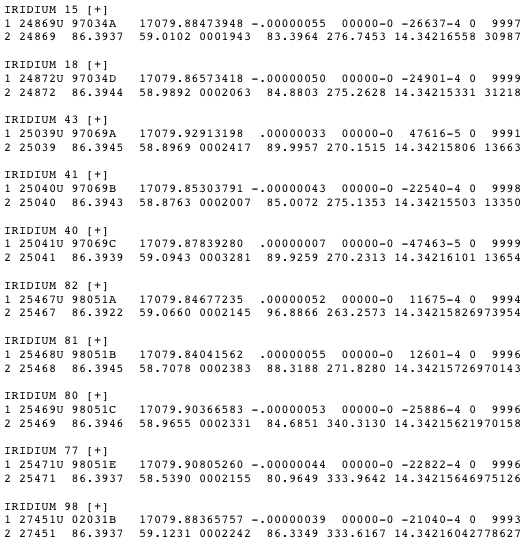 Recall that the mean anomaly indicates the position within the orbit of the satellite/object. In the short term, whilst the other five orbital elements are only very slowly changing, the mean anomaly rotates by 360 degree for every revolution completed.

The significance of the mean anomaly in a TLE then is that it is telling us both:

In isolation, without the whole orbit information, there is little that can be learned from the mean anomaly alone. The implication, assuming that the Iridium satellites you refer to aren't being wildly manoeuvred, is that the habitual choice of publication epoch chosen for each satellite varies: for some the mean anomaly changes more than for others as a result.

Not the answer you're looking for? Browse other questions tagged orbital-elements two-line-elements iridium or ask your own question.

3
what does Check sum TLE mean?
8
What is hyperbolic eccentric anomaly F?
4
What does it mean to ask for a date beyond epoch time?
6
Is TESS really lost? What does Celestrak mean exactly?