Is this fairing covered in thick thermal insulation? Keeping the payload warm? Or Cold?

I was enjoying some 2017 April 13 tweets on robots and reminiscing about shoveling snow after seeing this one, but then I scrolled down further and saw a video of a rocket. It's also here in YouTube, where the information seems to say it is the first launch from Vostochny Cosmodrome.

edit: The time line is not 100% clear - there is dry snow on the ground in the screen shots shown below, but by the time the actual launch happens, there is no snow, nor wet ground where it would have melted recently. The screen shots at the bottom clearly show different weather and different fairing covers - it looks like these are two different days. However, my question is simply about the need for insulation.

Perhaps the screenshots below really represent a "dry run" — testing and preparation for this launch?

It is certainly a "cool" video (manage your volume, there is a sound track) but is the Amur Oblast really colder than (a spacecraft might become when it is in) space? Or have I got it wrong, and the payload is pre-cooled cryogenic and the local ambient is actually too hot? 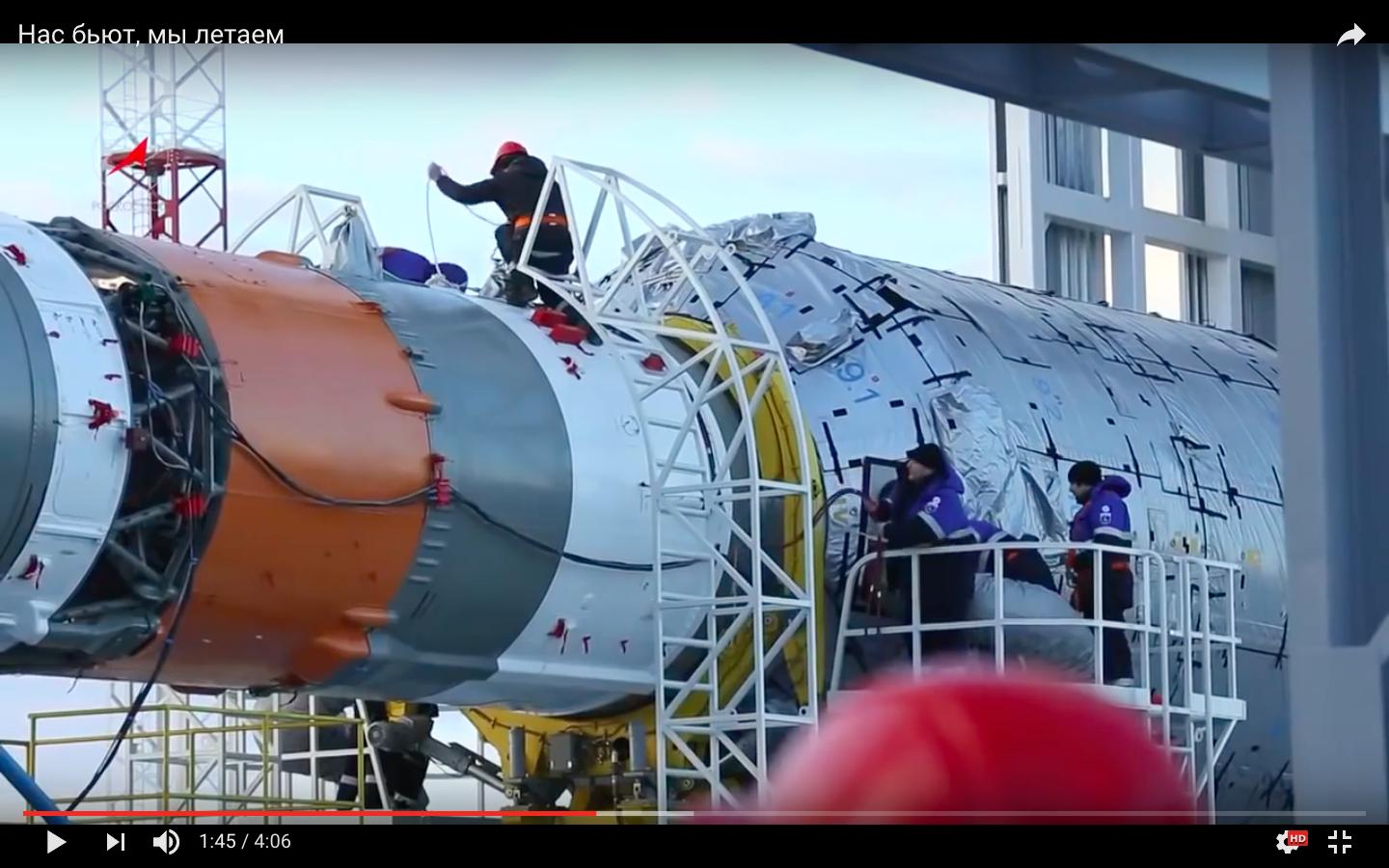 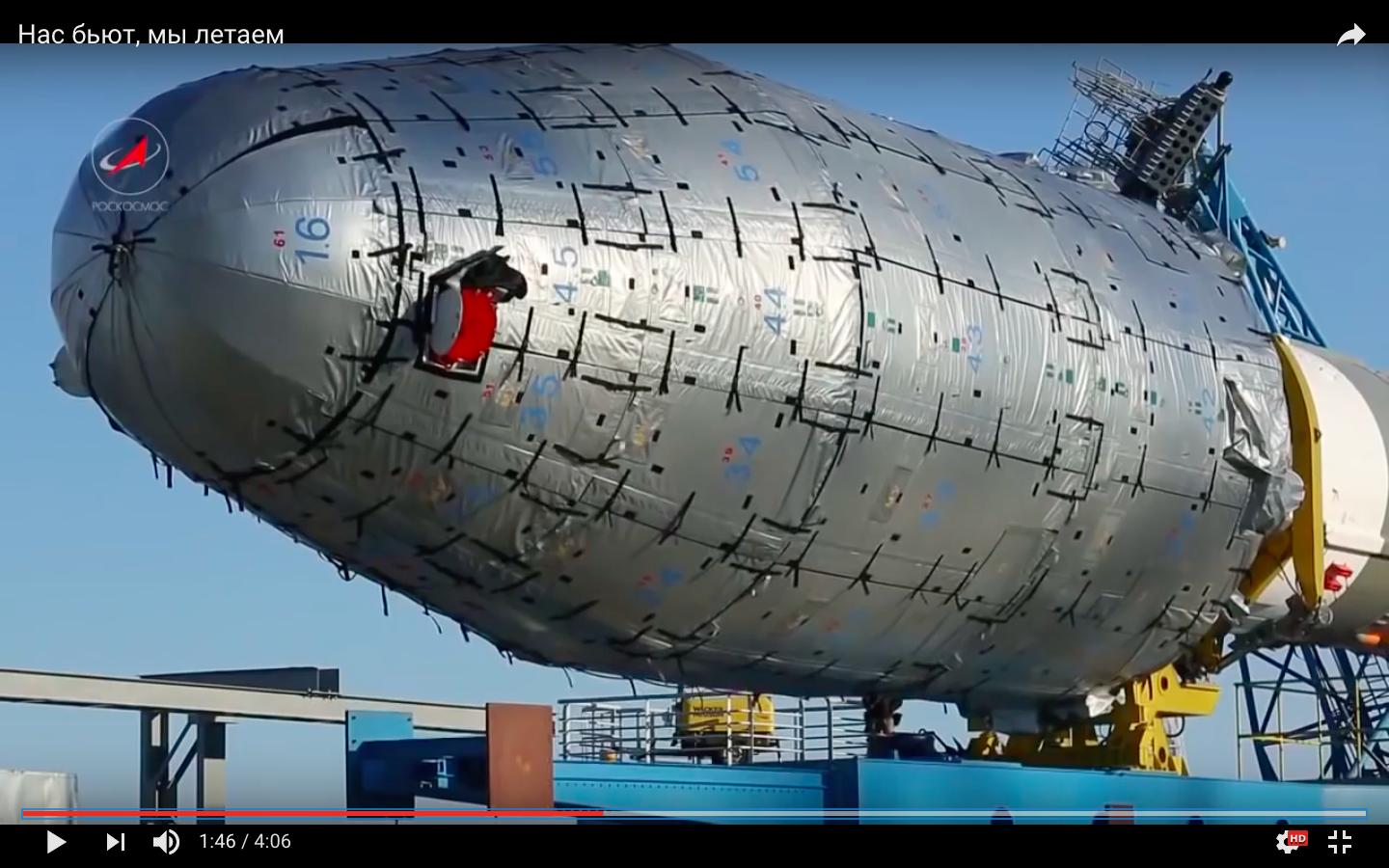 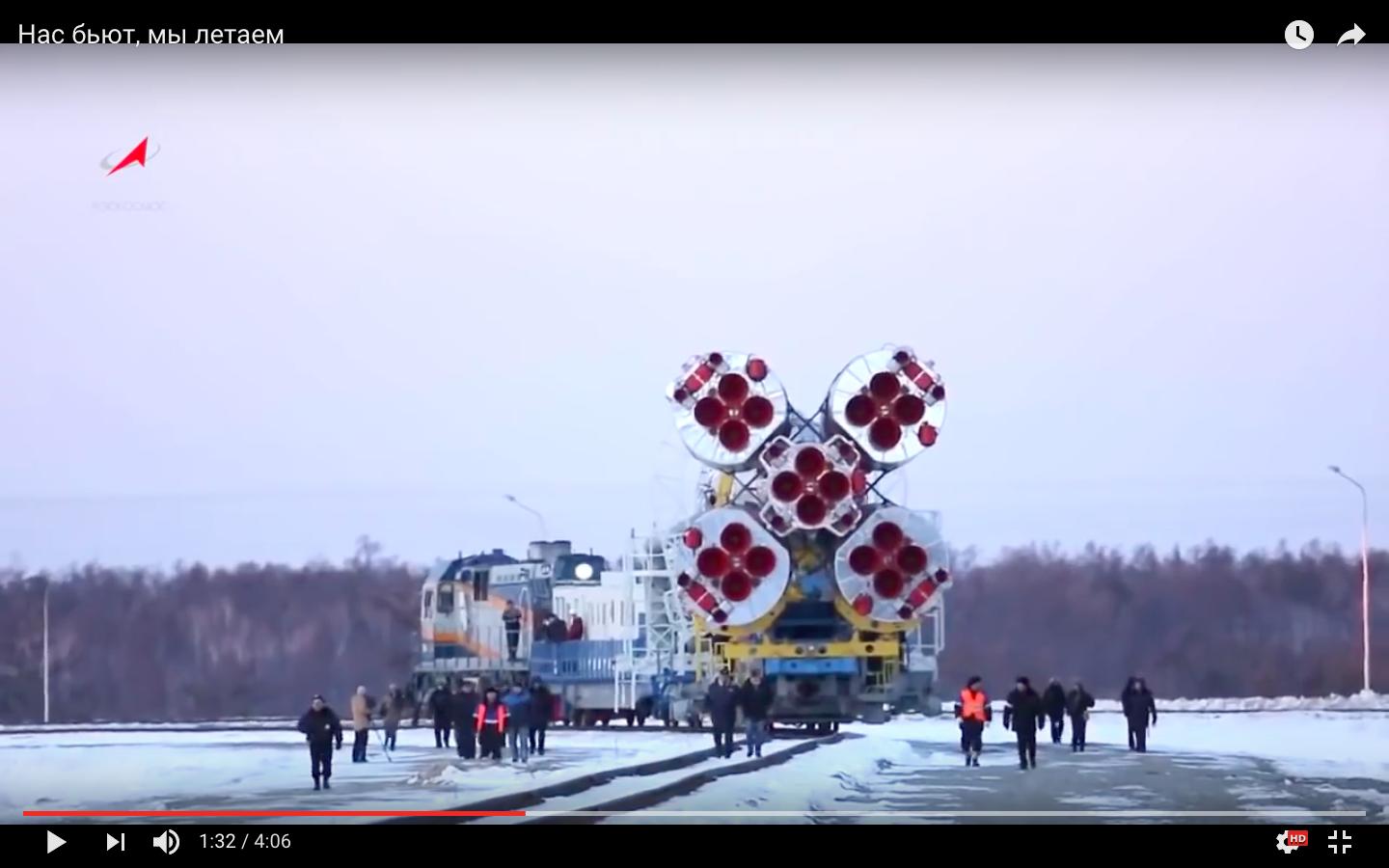 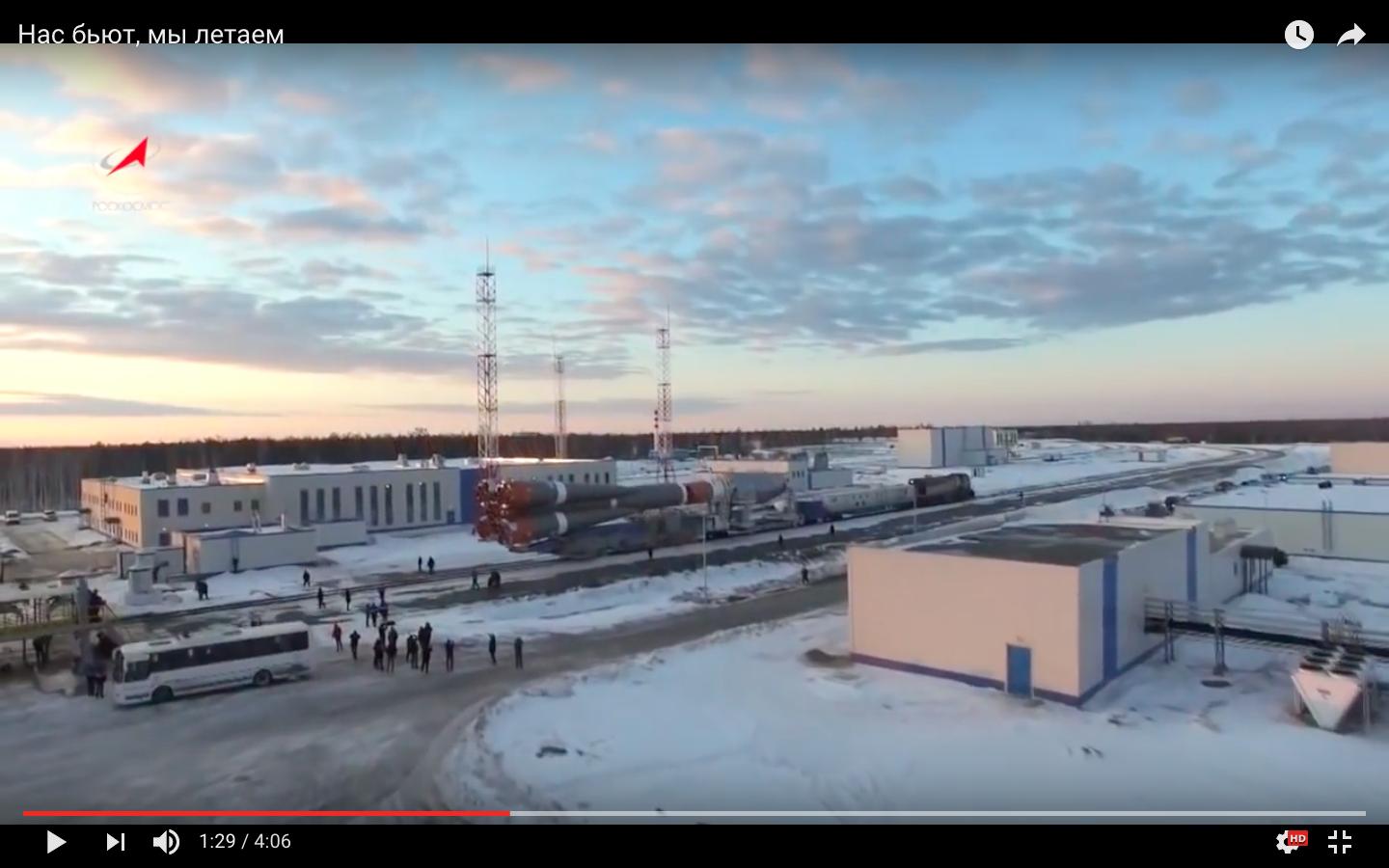 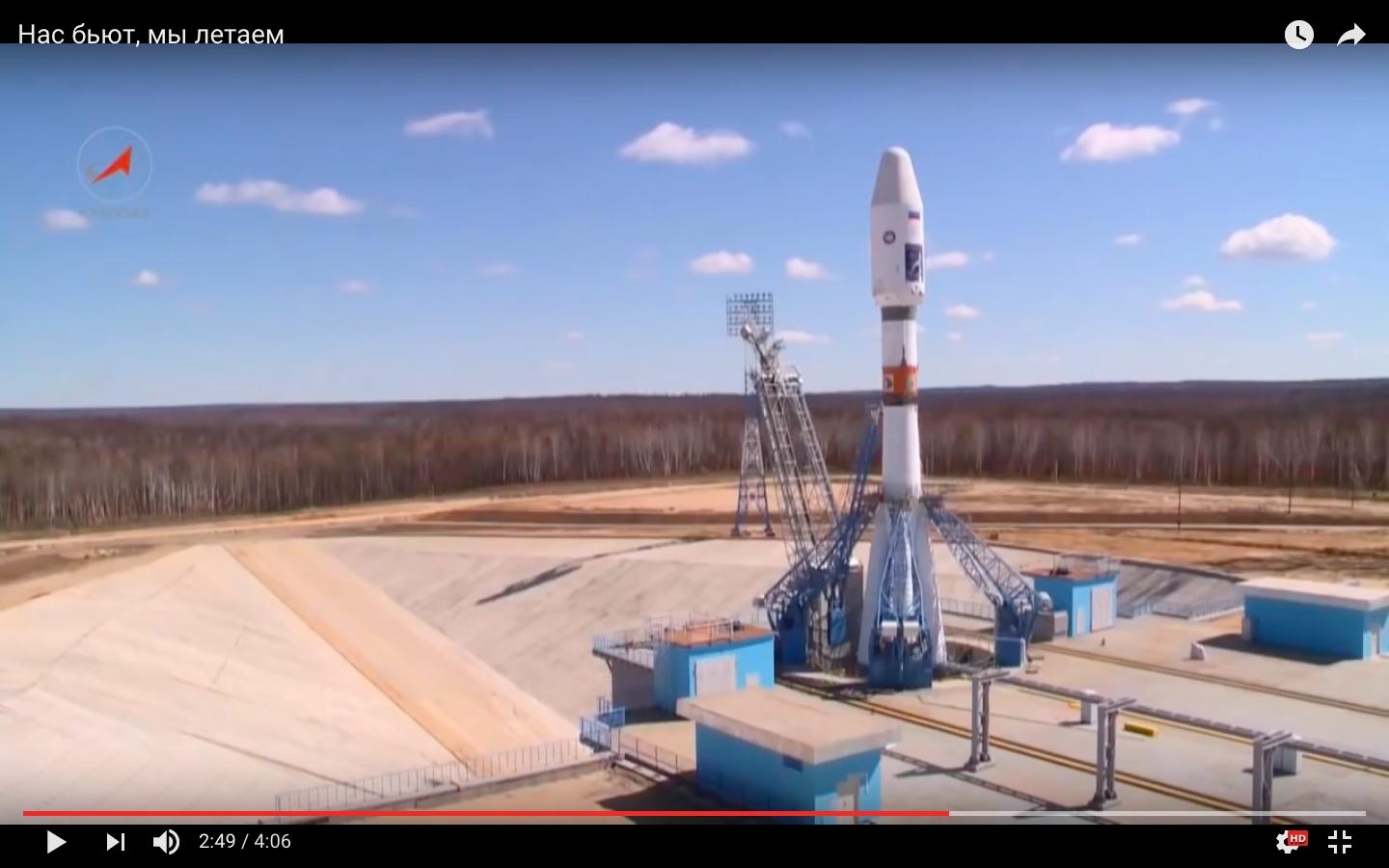 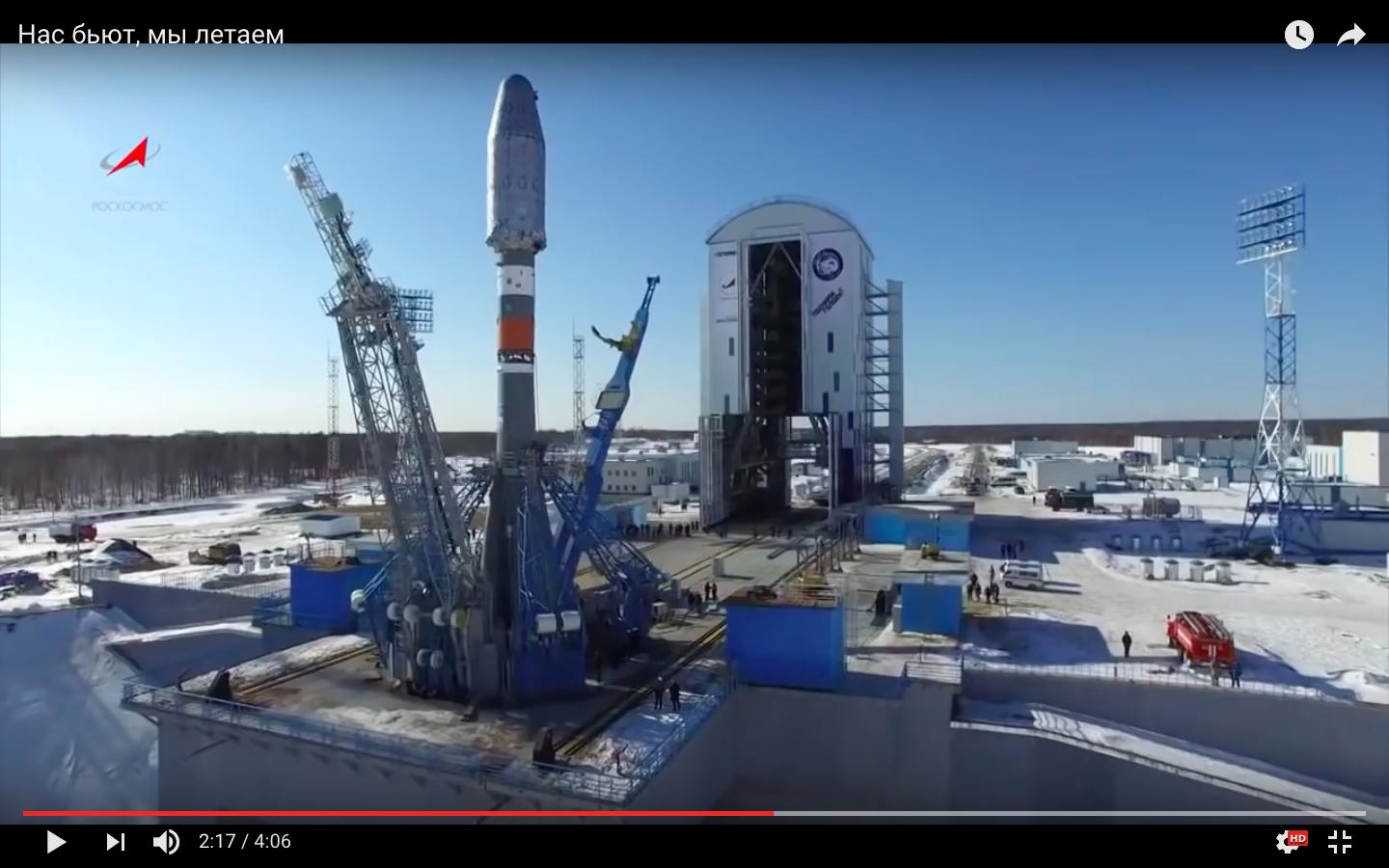 Starsem, the Euro/Russian company that sells commercial Soyuz launches, calls it a "thermal blanket" and states that it "will be removed during final preparations prior to liftoff". Source

Since this launch was in February at Baikonur, it's hard to imagine that it would be for cooling the payload...

It may need a little extra insulation in the winter.

Not the answer you're looking for? Browse other questions tagged russia fairings soyuz-launcher or ask your own question.

9
What purpose do these red “horns” on the Soyuz 2-1B payload fairing serve?
16
How strong and “hot” is the wind on the payload after the fairing is deployed at ~110km?
5
Could a fairing vacuum protect the payload from acoustic loads?