Why does "Tim Peake's capsule" look like it's copper now?

What are these capsules made of?

This is the Expedition 47 return capsule that brought Astronauts Yuri Malenchenko, Timothy Peake, and Timothy Kopra back to Earth.

According to IFL Science!:

The display of the Soyuz TMA-19M was possible thanks to a partnership with the Russian space agency, Roscosmos, and the spacecraft’s manufacturer, RSC Energia. 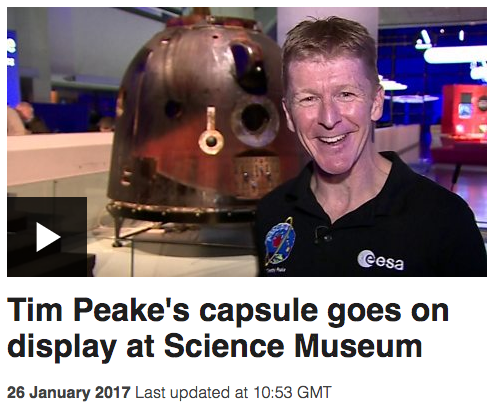 There is more "char" in this photo, but copper-colored areas are still visible, lower right, and around flanges. 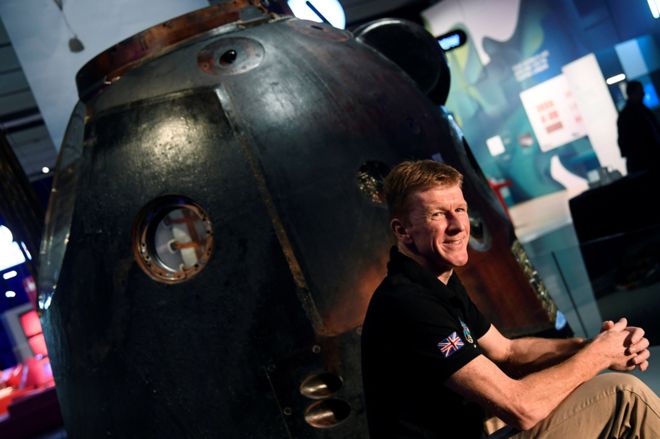 This photo in IFL Science! shows the char starting to peel off on the left and right edge. 2X crops are shown first, with the first one modified for "cooler" color temperature to color-balance the exposed structural metal, followed by the original image: 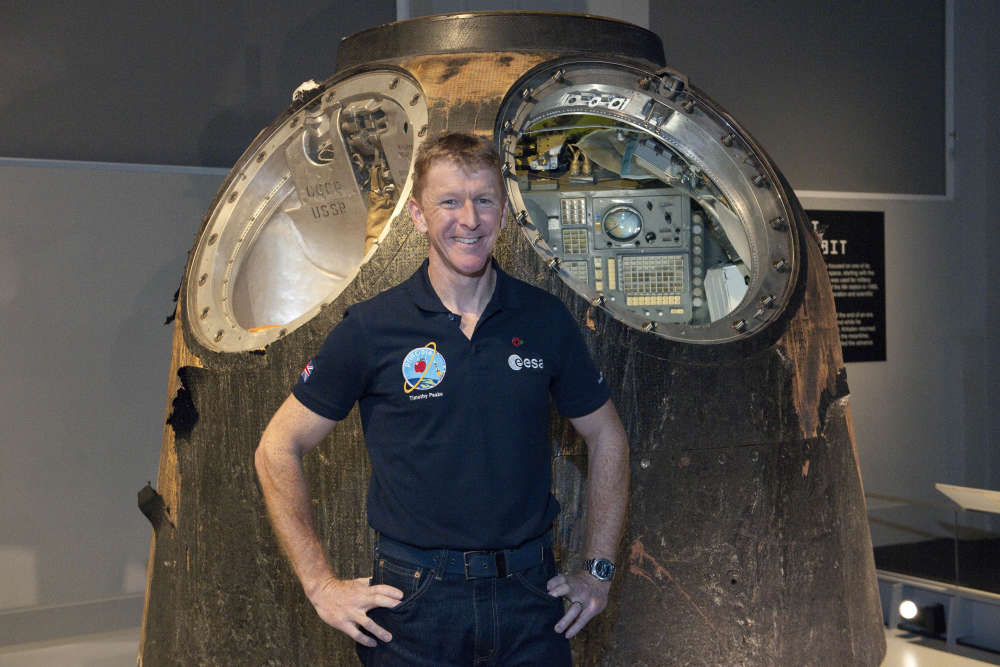 The outside of the Soyuz is covered in multilayer vacuum-screen thermal insulation, using layers of metalized film and fiberglass cloth.

The outer layer is black: 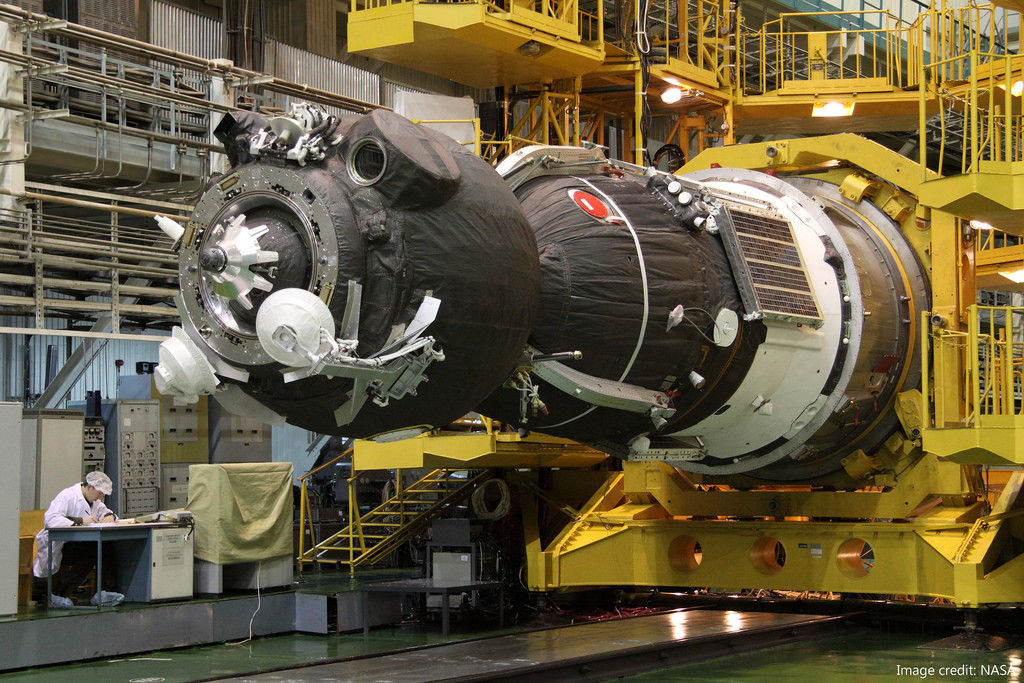 During reentry, some of this burns off, exposing underlying layers, which char and burn off in turn. These layers start off with a lighter color: 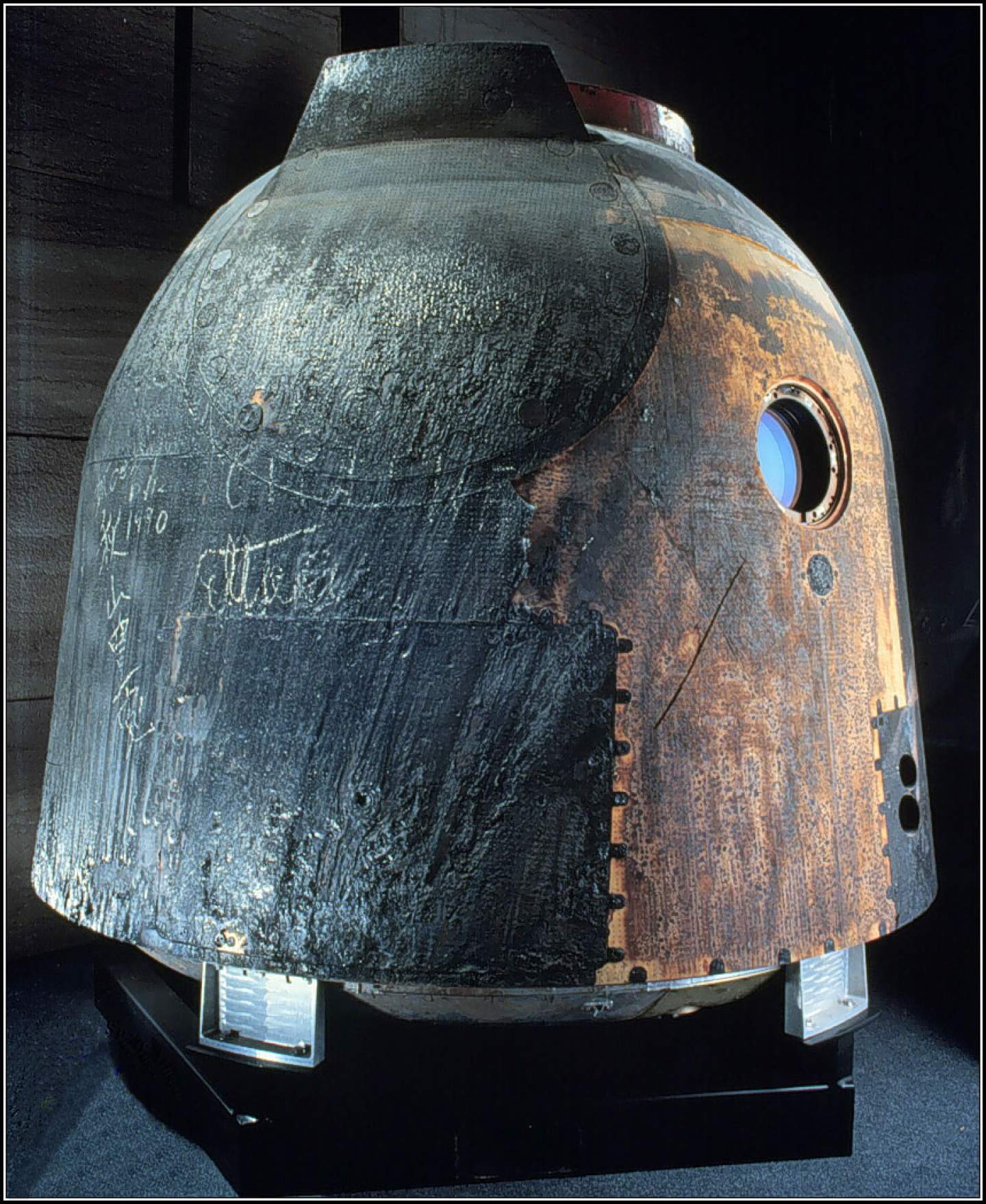 The Science Museum has some really weird lighting in places: it's very dark in parts of the museum, and the light is decidedly off-white, which makes the first two pictures in the question difficult to interpret. Here's the same capsule in decent lighting. 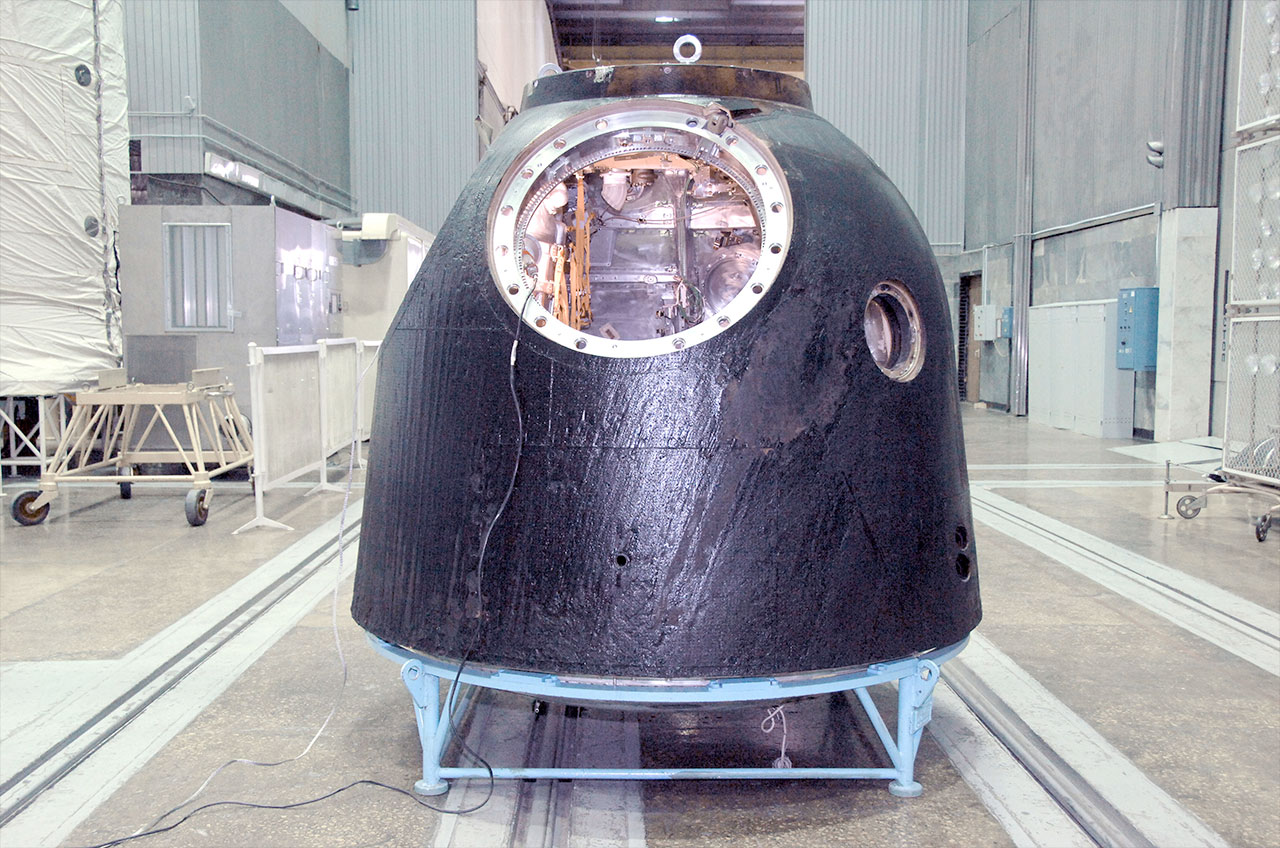 10
What was mylar used for on the Apollo Command Module space craft? Why is it gold after returning from space?
10
How accurate is this Apollo Command Module replica, and why would it be copper-colored?
10
What is the outside of the Soyuz capsule covered in?
2
What flag is flying over the landing site of the Shenzhou 12 crew astronauts returning from Tiangong? What does it say?

21
Why does the Soyuz cover its main engine?
11
Why does the Soyuz spacecraft's parachute have so many lines?
8
Can a crewed capsule land safely if its launch escape tower does not separate?
10
What does Soyuz's button-pushing "fancy stick" look like? Are there others?
10
How accurate is this Apollo Command Module replica, and why would it be copper-colored?
4
What do the insulation and meteorite protection layers being opened on the Soyuz MS-09 spacecraft look like?
4
What set of units does the Orion capsule cockpit instrumention use?
9
What do large, modern communications satellites look like inside (roughly at least)?
1
Could an orbital launcher look like a scaled up Nike Hercules?
0
Why does Q-SAT look like a buckyball?