I did a quick dump of TLEs for Satcats 39451, 39452 and 39453, and estimated their semimajor axes and then altitudes and got the plot below, to double check that SWARM hasn't dipped down to 300km.

All of the reports mention that Steve's ion temperature is 3000C.

“The temperature 300 km above Earth’s surface jumped by 3000°C and the data revealed a 25 km-wide ribbon of gas flowing westwards at about 6 km/s compared to a speed of about 10 m/s either side of the ribbon. (emphasis added)

How did one or more of the three SWARM spacecraft above 440km measure the plasma temperature of Steve?

See more about Steve in this question.

We are are still learning more about Steve, but here are seven things we think we know so far:

more? (they used to call it a proton arc for lack of a better name. It isn't one!) http://spaceweathergallery.com/index.php?title=proton

Opening of SWARM and CryoSat Science Meeting - Extremely Interesting, Eric Donovan talking about how Steve was "discovered by scientists" by listening to amateur astronomers and aurora photographers who had been watching it for a while! Start to talk about Steve after 01:16:00 https://livestream.com/ESA/earthexplorer2017/videos/152430872

Thanks to @Roger's information here here is an ESA link for the video of the talk. (same time code)

Also, here is some amazing footage! 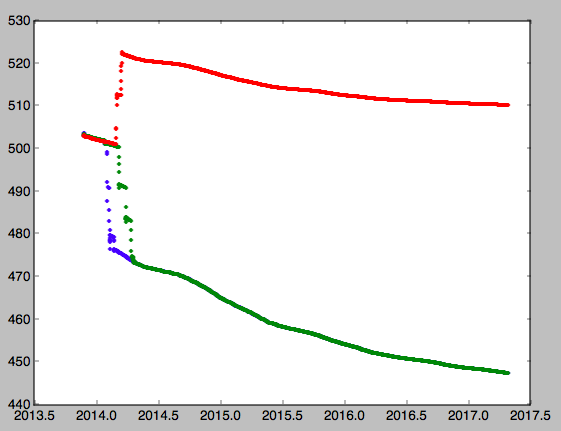 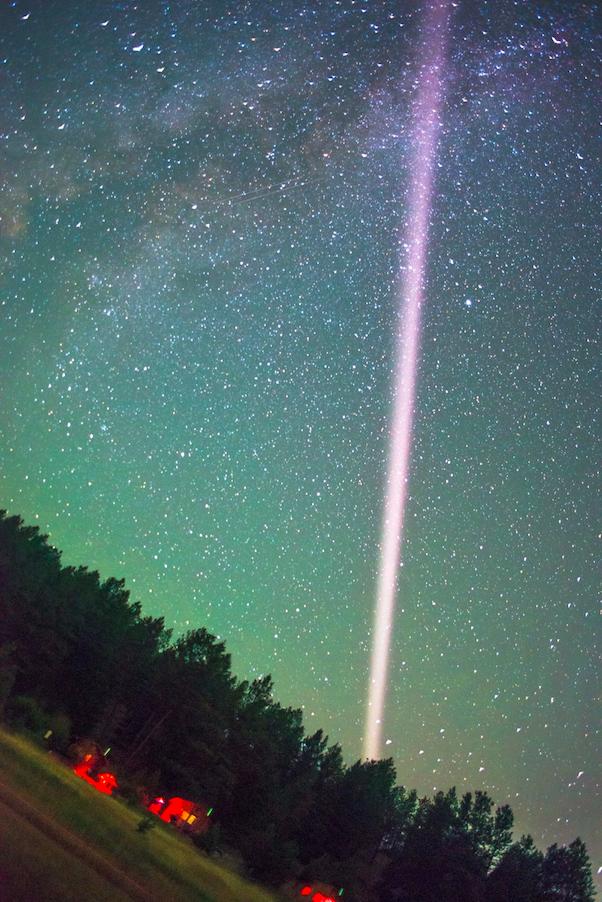 I want to offer some input to the above ---

I'm thrilled in the level, depth, and knowledge reflected in the questions and discussion. This has been eye opening for me.... Citizen Scientist has a new meaning for me!

Regarding 300 km vs 450 km. In my research I deploy, operate, and use data from scientific cameras. The data I was using for Steve came from a "redline" camera.Those emissions typically peak below 300 km. The Swarm measurements were made at ~450 km, on the magnetic field lines that also go through (below) the glowing region below. The temp/velocity measurements were at 450 km... and I presume that all the way down to 100 km, the velocity is fast and the temperature is high, on those field lines.

The Swarm data is from the Electric Field Instrument (EFI) on one of the three European Space Agency (ESA) Swarm satellites. These instruments were developed at UCalgary by Professor David Knudsen and his team, and built by Canadian industry (COM DEV which is now Honeywell).

In a later (independant) interview with Eric Donovan he states the height was 450km. I suspect that in the presentation to the ESA meeting he should have said 300 miles which is 482 km very close to the altitude of the SWARM A satellite at the time rather than 300 km. All the online articles including wikipedia appear to be clones of the ESA presentation and 'press release' so may all reflect ther same error if I am correct.

Editor's note: I'm maintaining here information from user Roger until he decides to migrate on his own.

Answer to the question: "Can you add a link or citation that confirms that the temperature of Steve's ions was actually measured by the TII?"

Have a look at the presentation from Eric Donovan at the 4th Swarm science meeting in Banff: http://www.esa.int/spaceinvideos/Videos/2017/03/Opening_of_Swarm_and_CryoSat_Science_Meetings around the time 1:22:14 -> after almost 25 seconds the actual Swarm data are shown (from top to bottom: ion velocity, magnetic anomaly, ion temperature and electron density).

Answer to the question "how did the ESA probe measure Steve's temperature?": The ion temperature is measured by an Thermal Ion Imager (see http://efi.phys.ucalgary.ca/)

10
Could Steve have hurt the ISS?
3
Is the recently discovered VLF-induced radiation barrier in any way important or useful?
2
What exactly is electron precipitation in Earth's ionosphere and how does it relate to the STEVE phenomenon?
2
What was Steve? Is it called something else now?

10
Could Steve have hurt the ISS?
7
Is this description of the "dipole drive" and how it would work physically correct?
3
How is the proper LEO picked, and, since they are all fairly close, isn't there a lot of debris there?
24
How did two satellites end up in almost the same orbit except moving in opposite directions?
4
How did three 1.2 meter spheres and a Xe+ plasma contactor keep the Shuttle "grounded"? What did they look like?
3
What is final positioning of rideshare satellites (like transporter-2 mission) and how do they get there?