Why does the Falcon 9 require a helium pressurization system?

The Space Shuttle was designed in the seventies and did not require a helium pressurization system. Why does the Falcon 9 require one? What are the advantages/disadvantages?

Prelaunch, the tanks were pressurized by helium, supplied from the ground support equipment.

After Space Shuttle Main Engine ignition, the system used autogenous pressurization. Hot gaseous hydrogen and oxygen were tapped from the engines and piped to their respective propellant tank to pressurize it. A sensor/valve system measured the tank ullage pressure and increased or decreased the pressurant flow as required. (Late in the program, the gaseous oxygen system was redesigned to remove the valves). 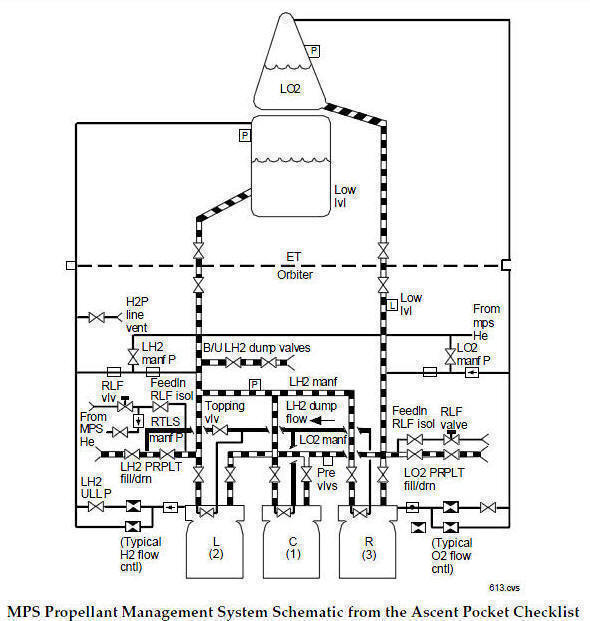 Helium pressurization may be simpler and cheaper (no sensor/valve control loop needed, just a regulator) and therefore more desirable for Falcon. Some failure modes are avoided. In addition, hot gaseous oxygen is fearsomely reactive and requires extreme cleanliness and material standards (this was the reason for the redesign of the system) and may be desirable to avoid. Helium is the very antithesis of reactive - although it requires extreme care to be taken to prevent leakage. The negatives of helium pressurization could include a weight penalty over an autogenous system, depending on the details of the particular systems.

How does tank pressurization work?

Also, although I realize it is not what you meant, the shuttle very much did have a helium pressurization system. Many of them, in fact. The main propulsion system had several dedicated helium tanks used to purge the system, actuate valves, and pressurize the plumbing for entry. The orbital maneuvering and attitude control systems used hypergolic propellants which were pressurized with helium. Other miscellanous systems also used helium pressurization such as the ammonia boilers in the environmental control system.

Thanks, that much is clear; the question is more why can they not make do with out the helium? Because the shuttle didn't need it and the MCT reportedly also won't need it, so why the falcon?

All rockets need to keep the tank pressurized during flight. Some use hot gases from the engines to do that. Others don't. The fuel used in the rocket is the main reason why many use helium. The the falcon 9 uses RP1 which is basically Kerosene. When you heat Kerosene you don't get enough hot gas to maintain tank pressure. So you need fuels that expand greatly in volume when heated. You could get enough hot oxygen from the engine to do that job but if you mix hot oxygens with kerosene you could have an internal tank fire and explosion. So oxygen is not compatible with any fuel. Helium and nitrogen are two good choices. I believe The Saturn V used nitrogen to maintain tank pressure in the first stage.

The Merlin engines use Helium to purge before launch. At least in the Merlin 1C days, and you can see several aborts that were called because of Helium issues.

For the upper stage it is used to pressurize the tanks to make sure that the fuel and LOX flow into the engines properly. The pumps suck and the Helium pressurization push.

Helium is used since it is inert and compresses well. So it does not burn with the fuel or LOX (which would be very bad) and so it can be stored in smaller, denser packages.

The SSMEs were fed by four turbopumps; the fuel and oxidizer each passed through a low-pressure, then high-pressure turbopump. This allowed them to feed from a low-pressure fuel tank into a high-pressure (20.6 MPa) combustion chamber without cavitating. For the Falcon series, SpaceX made a design decision to use a single turbopump stage for the fuel and oxidizer. Pumping up to the 6.8 MPa chamber pressure in a single stage without cavitating is more than the pump can handle; incoming fuel and oxidizer must have a minimum pressure greater than that provided by propellant weight and acceleration. I speculate that they could dispense with the helium pressurization by adding a low-pressure turbopump stage similar to the SSME design, but weight and cost considerations favored helium pressurization. Also, pressurizing tanks adds mechanical strength by preventing buckling. The Shuttle tanks were fat and therefore less prone to this failure (buckling load is a function of slenderness ratio). The slender Falcon design may require a minimum internal pressure to survive Max-Q.

The advantage to helium in general is that it's literally a perfect gas, which makes it the perfect gas for pressurization. You can fit more helium into a tank of given size and weight (assuming it's built to take the pressure) than any other gas. Helium has been the preferred gas for pressurization since the '60's. The weight, simplicity, and reliability of high pressure helium bottles has so far won out over other proposed pressurization systems such as heating some of your fuel. Note that a Delta-IV launch failed because of cavitation in the turbopump inlet. When a rocket first launches it is full of fuel and the pressure at the bottom of the tank is very high; when it is nearing burnout then that fuel stack is only a few feet high so the pressure entering the turbopump is much lower.

The helium isolates Control circuits emissions from igniting the fuel mixtures and exhaust between the command module!They can use negative pressure to maintain system launch pressure!

Not the answer you're looking for? Browse other questions tagged spacex falcon-9 space-shuttle helium or ask your own question.

24
Can someone explain the SN10 landing failure in layperson's terms?
7
Why does the Falcon 9 use turbopumps as well as helium pressurisation system?
7
Why Use Helium?
6
How does tank pressurization work?
5
Why is heated Helium used for tank pressurisation in Falcon 1?

25
How can the reusable Falcon 9 succeed when the reusable Space Shuttle failed?
19
Why is Falcon 9's shape so tall and skinny?
3
Why does Falcon 9 use open-system gas-powered hydraulic system instead of pneumatic?
0
Is the “cryogenic helium” system in recent discussions actually LHe for cryopumping?
12
Why does the Falcon Heavy Rocket have a higher payload than the Space Shuttle?
14
Why is the Space Shuttle's External Tank fuelled through the Orbiter's main engine plumbing system?
24
Can someone explain the SN10 landing failure in layperson's terms?