How do we define geographical coordinates on non-spheroid celestial bodies? 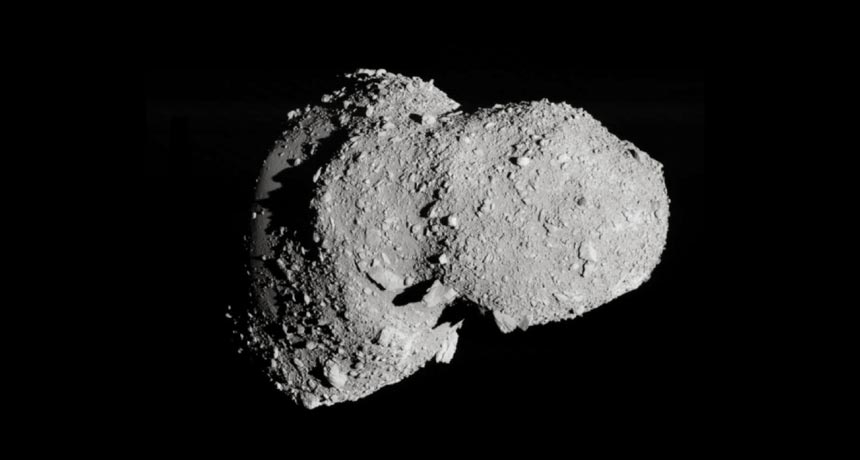 I suppose you could just "wrap" the object's topology to a spherical projection, though this would result in massive distortions. More importantly, it also raises the question of what the 'fixed points' are of the system (i.e. where are geographical north and south poles)? We've recently witnessed large asteroids and moons tumbling chaotically in their orbits with no discernible rotation axis.

This page has a collection of maps of small solar system bodies prepared by Phil Stooke of the University of Western Ontario. Many of the bodies have maps created using a variety of projections.

This cylindrical projection of Eros is highly distorted, especially at the poles, but also in the centre. It's clear that no projection is perfect.

8
Deviation of semi-major axis
3
Shape and dimensions of the Moon's reference surface for selenographic latitude/longitude?

11
Mission concepts for a tomography of an asteroid or other celestial body
5
Is any non-planetary celestial body smaller than a star known to be a spontaneous radiator?
6
How are artificial satellites of non-Earth celestial bodies positioned?
11
Finding non-lit objects at light minute ranges
5
Why are smaller celestial bodies like Ceres spherical?
4
Calculation of coordinates from JPL Small-body database parameters?