Why NASA's sudden renewed (apparently) interest in Wax hybrid engines? Which property is so attractive now?

This answer links to Larry Russel Kellogg which links to NASA Tests Environmentally Friendly Rocket Fuel where images of Test firing of new Paraffin-Based Fuel at NASA Ames Research Center 1/15/2003 can be seen. 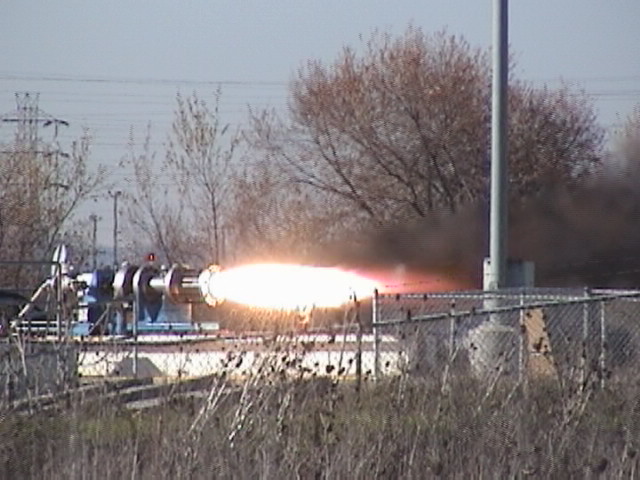 I've just read the NASA news item From Pedicures to the Peregrine Rocket, Paraffin Wax Proves Its Worth.

The project started when researchers at Stanford discovered that paraffin fuel burns three times faster than conventional fuels, and therefore can provide more thrust and higher performance than existing hybrid rockets. They approached Ames for assistance in measuring the burn rate at larger scales and to contribute to the maturation of the technology.

I think the "three times faster" means that a given volume (or mass) of the solid wax propellant in a given shape could be consumed in one third the time of a conventional solid propellant for hybrid engines, and so that factor of three speaks directly to thrust-to-weight ratio of the engine.

I'm not sure what conventional is, but I'm guessing it's one of the synthetic "rubbers" like HTPB.

Why would wax burn roughly three times faster than other fuels? And why the sudden interest now — is there some specific technical challenge that has been potentially solved allowing for greater thrust/weight, or is there a need for a low temperature robust hybrid rocket on Mars (see below and in link) and the factor of three is a secondary benefit?

The paraffin-based fuel also works under challenging environmental conditions, like the very low temperatures found on the surface of Mars. The Mars Ascent Vehicle, currently under development by NASA’s Jet Propulsion Laboratory, aims to use the paraffin technology to return a sample from the surface of the planet to an orbiting spacecraft.

CAUTION: lower your volume before playing...

An nice summary of hybrid fuel combinations was linked in this insightful answer, and some of the links in Does the NK-33 engine require subcooled kerosene so cold that it turns to wax? helps one appreciate that one can think of wax as being more like solid kerosene than it is like rubber.

Wax/Paraffin has gained interest for the last ~5 years as a fuel of choice for Mars Sample Return because the unique requirements of this mission mean being able to withstand more thermal cycle extremes than most most missions, making it really tough for solids to be a solution. The small vehicle size and layout restrictions (carried by a rover) also make it hard for an all liquid design. Hybrids have some greater freedom in regard to form factor and have relatively good mass fractions in this range. Wax also has challenges in terms of cracking and separating from the liner under thermal cycling but they've done a lot of work in overcoming this. Personally I favor HTPB (rubber) as a fuel in this application due to better ability to withstand the temperature ranges without cracking, but I think the paraffin researchers got funding for this development earlier so they appeared to be further down the design road at the time when NASA needed to chose a technology path.

Not the answer you're looking for? Browse other questions tagged mars sample-return hybrid-rocket or ask your own question.

17
Does the Voyager team use a wrapper (Fortran(77?) to Python) to transmit current commands?
26
Does the NK-33 engine require subcooled kerosene so cold that it turns to wax?
5
What properties define a good solid propellant for a hybrid engine? (e.g. why not use wood?)
8
Does NASA still plan for the Mars Ascent Vehicle to burn wax from the surface to orbit?
5
What kind of rocket will ESA(?) launch from Mars? Who will build it?
2
Will you be having rubber or wax with your peroxide? (hybrid engine fuel tradeoffs)

57
Curiosity: Why did they “reinvent the wheel” instead of using pressure tires?
5
How are ultra-sensitive aerogel suspended samples secured for Earth reentry and touchdown?
6
Why did Virgin Galactic switch back to HTPB after one launch using thermoplastic polyamide (i.e. nylon)?
3
How do you avoid wasting oxidizer when designing a hybrid rocket?
8
Does NASA still plan for the Mars Ascent Vehicle to burn wax from the surface to orbit?
4
Oxidizer Line Pressure of DIY Hybrid Rocket Engine Limits Thrust?
5
What kind of rocket will ESA(?) launch from Mars? Who will build it?
6
What precautions are planned to prevent samples returned from Mars crashing and releasing organisms on Earth?