Why cool engines with fuel as opposed to oxidizer?

As I was watching Tom Mueller describe the Merlin engine, he said that the RP-1 propellant is pumped through ribs in the nozzle to regeneratively cool the engine. Also, a video about Copenhagen suborbital's TM65 rocket engine shows how the alcohol fuel is used to cool the engine. Since both of these engines use liquid oxygen as their oxidizer, why would they use the fuel to cool the engine. Why not use the very cold liquified oxygen instead of the room temperature hydrocarbon fuels?

engine-design temperature
Share
Improve this question
asked May 4, 2017 at 3:02

Whatever you use as a coolant will become hot. Hot oxygen will (a) vaporize, making the plumbing somewhat more difficult, and (b) react with and erode (or maybe even ignite) the cooling channels, unless they're made of special materials.

The specific heat capacity of the fuel is higher than that of the liquid oxygen at the operating temperature/pressure, hence for the same rate of flow, using the fuel cools better ... and apart from any of the above-mentioned liquid/vapour/pressure issues.

The operating temperature range when using kerosene / RP-1 is also much greater than if using LOX.

As per my comment above, any "coolant" is not used because it's intrinsically cold, but because it can transport heat effectively in the required region at the required temperature range.

Late entry but: turns out that whilst there are some arguments as to why you might not want to boil oxygen inside a metal chamber next to a multi-thousand-K flame, it turns out that not only is it entirely possible to use oxygen as coolant, but it has in fact been done on test firings already, with a view to doing so on a real flight in the future.

Some test firing was done a few decades ago: Cooling of rocket thrust chambers with liquid oxygen in 1990, where they took the step of deliberately cutting holes in the coolant channels to simulate cracking and leaking of LOX into the combustion chamber. "The tests were conducted safely without any damage to the facility or attached hardware" they say, possibly with some relief. Clearly it was possible and indeed practical back then, but presukably not worth the effort and risk compared to conventional designs and already available engines.

More recently though, a company called Launcherspace have built an tested a (partially) 3d-printed engine which uses both fuel and oxidiser for cooling purposes, and decided to call it Engine-2. Their naming skills aside, it seems to work. 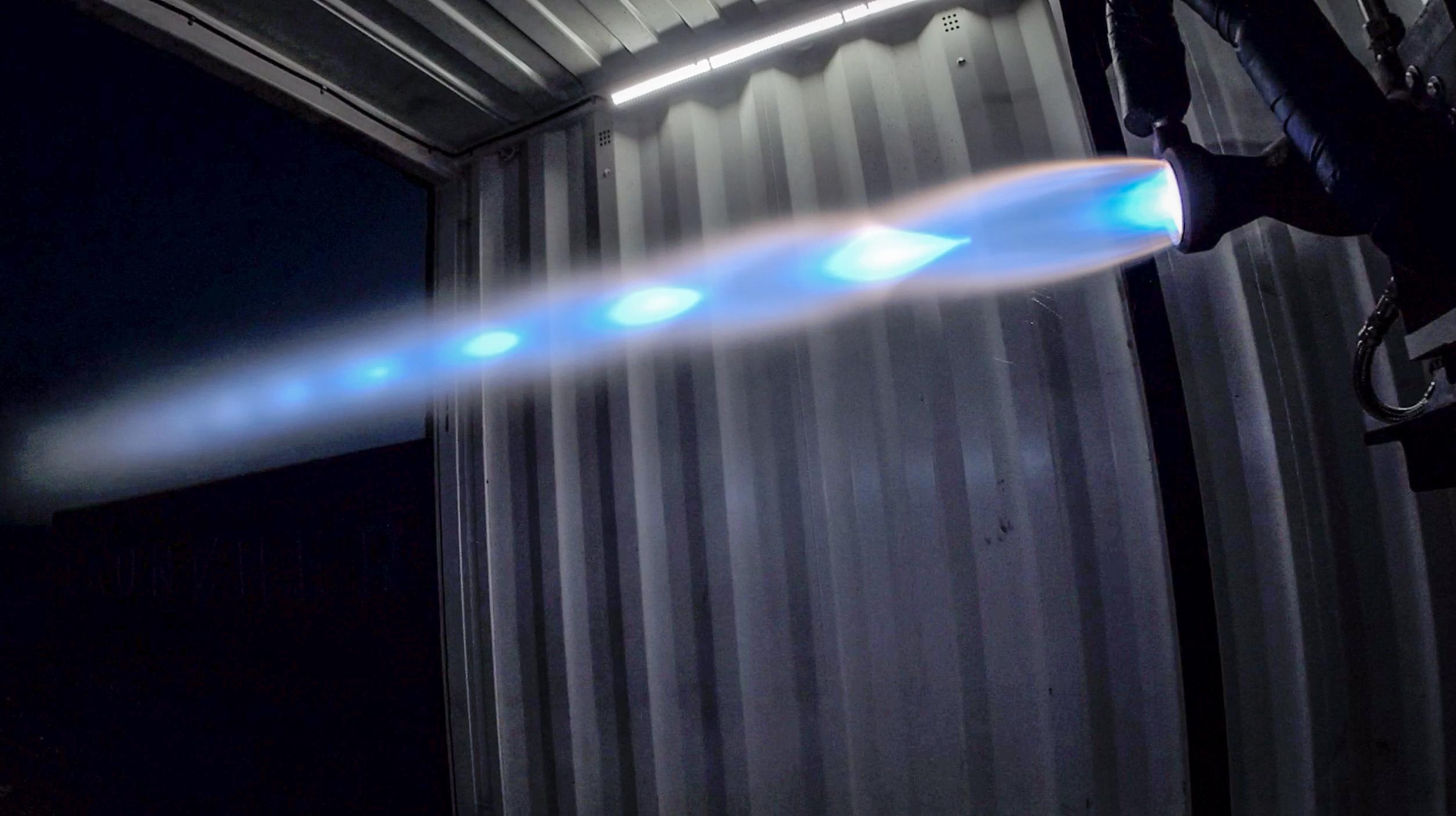 There has been some recent research on the matter too, including this one: Improving the performance of LOX/kerosene upper stage rocket engines, saying interesting things like

There are other things that a search engine might throw up at you in response to a suitable query, but I couldn't separate the good stuff from the bad so I won't regurgitate any more of it here.

Not the answer you're looking for? Browse other questions tagged engine-design temperature or ask your own question.

2
Why spray LOx into combustion chamber, if GOx is more effective?

16
At what travel distances are ion engines faster and more efficient than conventional fuel engines?
7
Is there a diagram of different nozzle diameters to scale?
14
Disposition of the Oxidizer Tank in Rockets with Autogenous Pressurization
10
Overcoming pressure differential to feed fuel into rocket engines
5
What's the actual oxidizer/fuel ratio in the combustion chamber of the Vulcain?
4
Why can't an expander-cycle engine be built to use RP-1 or other non-cryogenic fuels?
23
If rocket engines only need fuel and oxidizer, then why there are so many pipe lines on the engines?
4
How to read this Cassini Main Engine Operating Box (oxidizer vs fuel tank pressures)?