If there is actual ice on the moon, why hasn't it sublimated?

The Ars Technica article NASA seeks industry help with lunar landings, potentially sample return discusses the potential value of ice on the moon as a source for fuel in future space missions.

Ice sublimates. Even if it is very cold hiding in permanent shadows in craters near the Moon's poles, I'd expect it to have a non-zero vapor pressure.

So what would keep ice from slowly sublimating over millions of years? Or is it being replenished somehow?

So does rock. Yet the planet Mercury is still there.

The extremely low sublimation rate of an exposed block of water ice at ~100 kelvins would result in that ice thinning by a millimeter per billion years. The temperatures in the permanently shadowed portions of the Shackleton Crater are ten kelvins lower than that. Even exposed water ice can easily survive for billions of years at those low temperatures. Water ice covered by material can survive even longer. 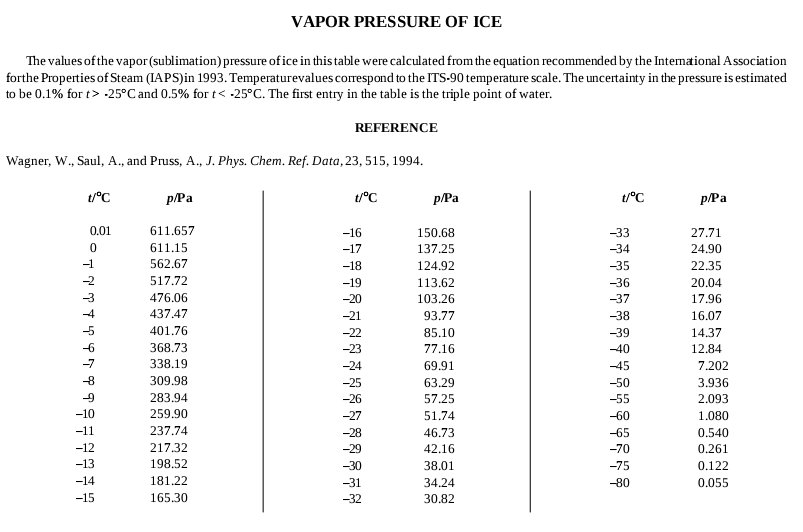 There are other factors like water being polar solvent and thus adhesion to the dust particles as an example(same way as of why there are gasses He,H, N in regolith), slowing or stopping their travel trough the dust and helping for better sealing on top of the ice.

The average velocity of ice molecule at 200K is about 16 m/s, which gives us that there is not enough energy(for most of them) to fly out of the 80m deep crater.

Essentially it is the same thing as with icy asteroids and comets.

But overall everything boils down to there was enough water and speed of escaping of the water was not fast enough, so we observe it presence.

It is of course sublimating. And not only is it cold, but the sublimation cools the remaining ice even further.

Since it's in lunar dust, chances are additionally that a sublimated water molecule will hit a speck of dust and re-freeze. This effectively slows the speed at which water moves from deep down to the lunar atmosphere.

I just ran across this reference again while writing this comment (same one as I mentioned here so I thought I would add it to the mix explicitly.

The paper is quite thorough and interesting, and I think deserves a careful read.

This is pretty amazing, the vapor pressure has been experimentally measured over a range of ten orders of magnitude! 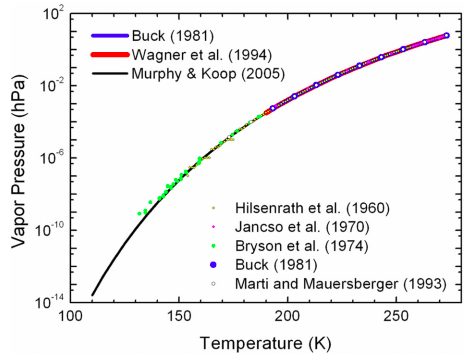 Here is the punch line, and it packs quite a punch! Note the annotation of 1 molecule per square centimeter per hour, and the fact that every major tick mark on the y axis represents ten orders of magnitude! 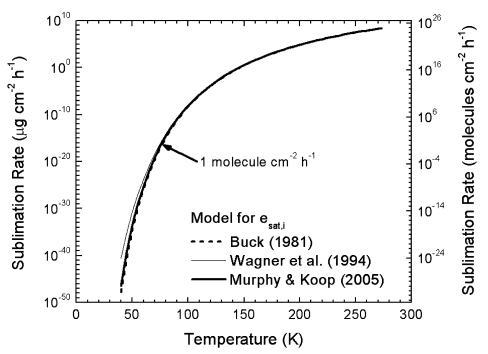 Not the answer you're looking for? Browse other questions tagged the-moon water sample-return ice or ask your own question.

41
Why are there no more manned missions to the Moon?
3
Have there been any determinations of the water pressure in Europa's ocean just below the ice?
7
What forms of water ice have been observed and verified in the solar system?
4
Why aren't there carbonate rocks on the moon?
3
Would a large impactor on an ice moon cause a thinning of the ice surface?
3
Would snow fall on the surface of Mars because of uncovering the ice deposit in Utopia Planitia?
10
How hard is the hardest ice in the solar system? Is it in Pluto's ice mountains?