Finding Delta V to circularize orbit after a transfer orbit.

I'll use Earth to Mars as an example.

Here's a quick and dirty pic of an Earth to mars Hohmann: 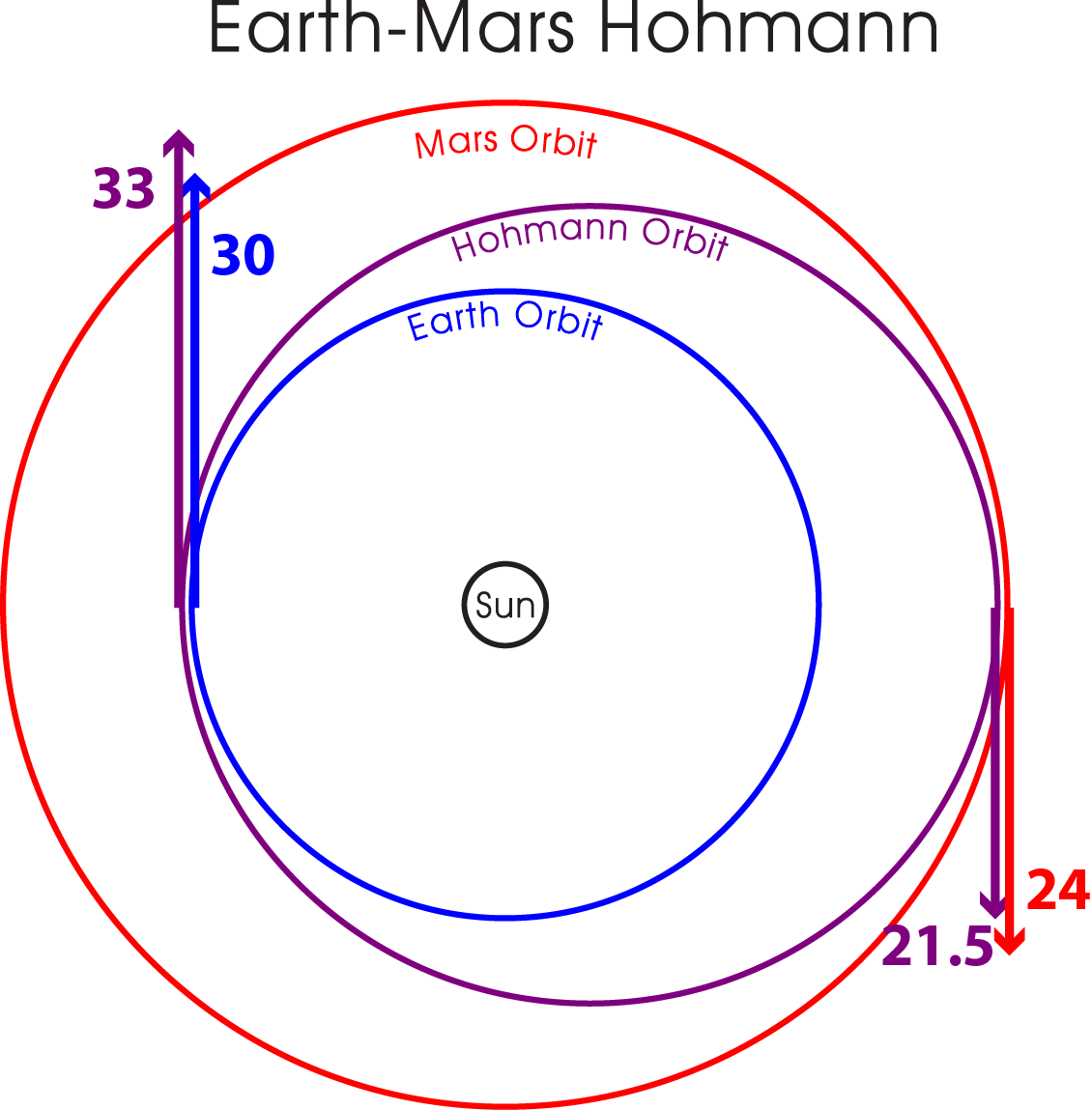 For sake of simplicity I'm rounding quite a bit here.

At Mars rendezvous you can see the speed difference is about 2.5 km/s. We'll call this 2.5 km/s Vinfinity.

When the ship enters Mars sphere of influence, the path is better modeled by a hyperbola about Mars rather than an ellipse about the sun. 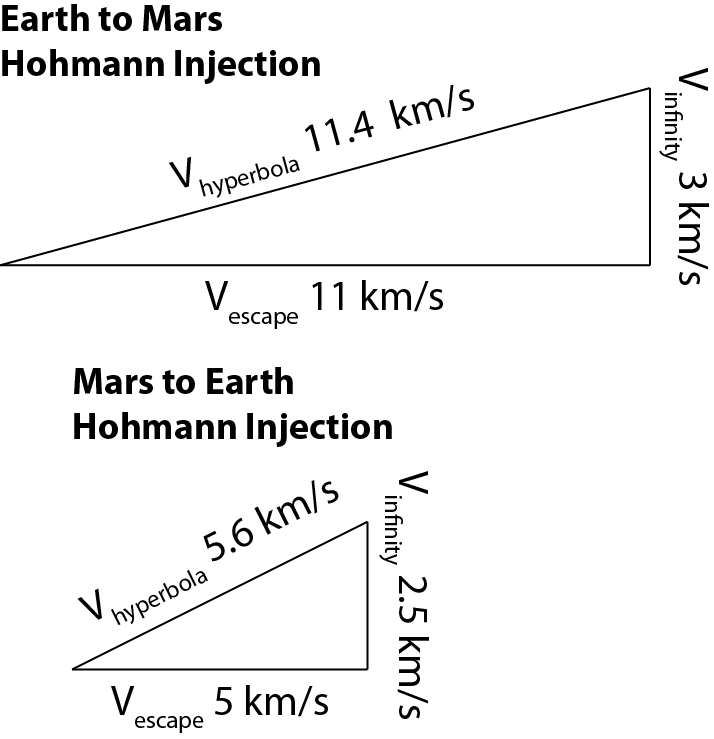 To calculate speeds at different points of various orbits, use the vis viva equation

Where a is semi major axis of an orbit, mu is GM and r is distance from center of gravitating body.

If you don't want to look up different quantities and work out equations, you can use my Hohmann spreadsheet

Not the answer you're looking for? Browse other questions tagged orbital-mechanics hohmann-transfer kerbal-space-program or ask your own question.

8
How much delta-v does it take to go from one arbitrary orbit to another?

7
Hohmann Transfer Equation of Motion
8
~15.5817 — Is there a name for this number?
7
Orbital rendezvous with low-thrust engines?
12
Low Energy Transfer within Earth-Moon system
5
Intercepting an object on flyby past Earth?
10
Thrust and rotation strategy to circularize a standard GTO orbit using ion propulsion?
7
Terraform via moving Ceres To Mars orbit, using ion drive
1
How did the Kepler Telescope establish its orbit after third stage burn? (Follow Up)