What kind of forces and response times/accelerations are needed to gimbal a mid-sized nine-engine rocket's engines?

This answer explains that the gimbaling actuators on each of the nine Rutherford engines on the Electron rocket are in fact electrically powered DC brushless motors. Currently it's not known if they are linear motors, or rotary motors.

This kind of actuator is able to produce substantial force or torque even at zero linear or angular velocity.

I was wondering, very roughly, how much force or torque is involved here? When the engine is not running, there is just the inertia of the engine to deal with, and that's a very straightforward mechanical engineering problem.

Let's take gimbaling the smaller Rutherford engine as a working example for the moment, since it has the electric gimbaling actuators. I'm not sure if there is enough information around to estimate how much force those blue cylinders would need to accelerate an engine by say 1 degree per second squared, but assuming most of the mass is near the pivot point and I = 100 kg m^2, then you'd only need a few Newtons to push sideways, or perhaps 10 Newtons considering the mechanical disadvantage of the angle at which they are mounted.

I have no idea if gimbaling thrust at 1 degree per second squared is fast enough, responsive enough, or too slow to keep a rocket like this flying stable and smoothly. Any ideas on that?

The other half of the question is what happens when the engine is running and there is thrust? Is it harder to gimbal? There is some more mass in the chamber, pumps and tubing, and if there is flexible propellant feed tubing it will become much stiffer under high pressure. If this dominates, then it would be pretty hard to estimate because of all the specifics.

However, there may be some numbers out there that could be at least scaled for an informal ballpark estimate, and that would be fine in this case!

note: In the title of the question I've asked about a mid-sized nine-engine rocket and I've shown pics of both Merlin and Rutherford engines. Either one could be the focus for an answer. 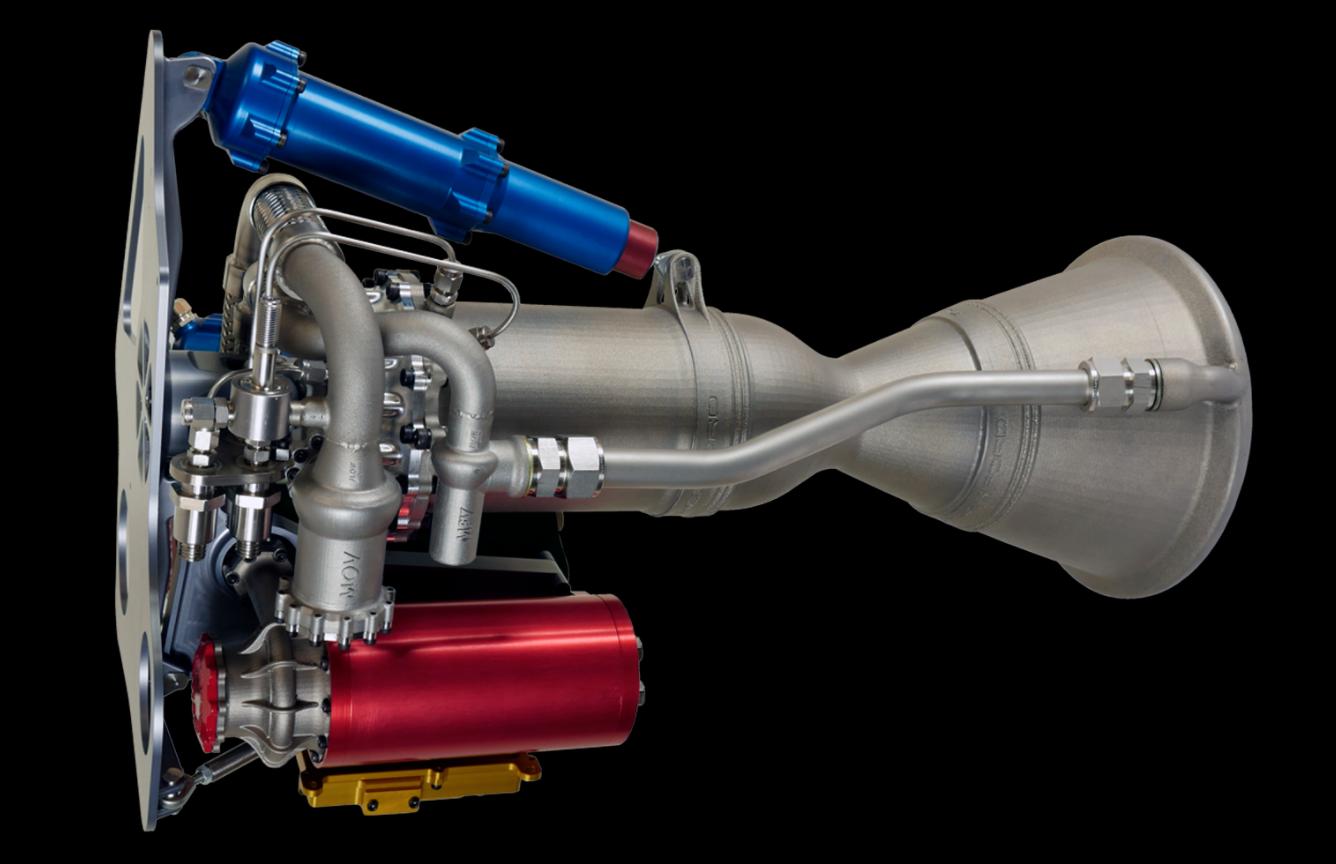 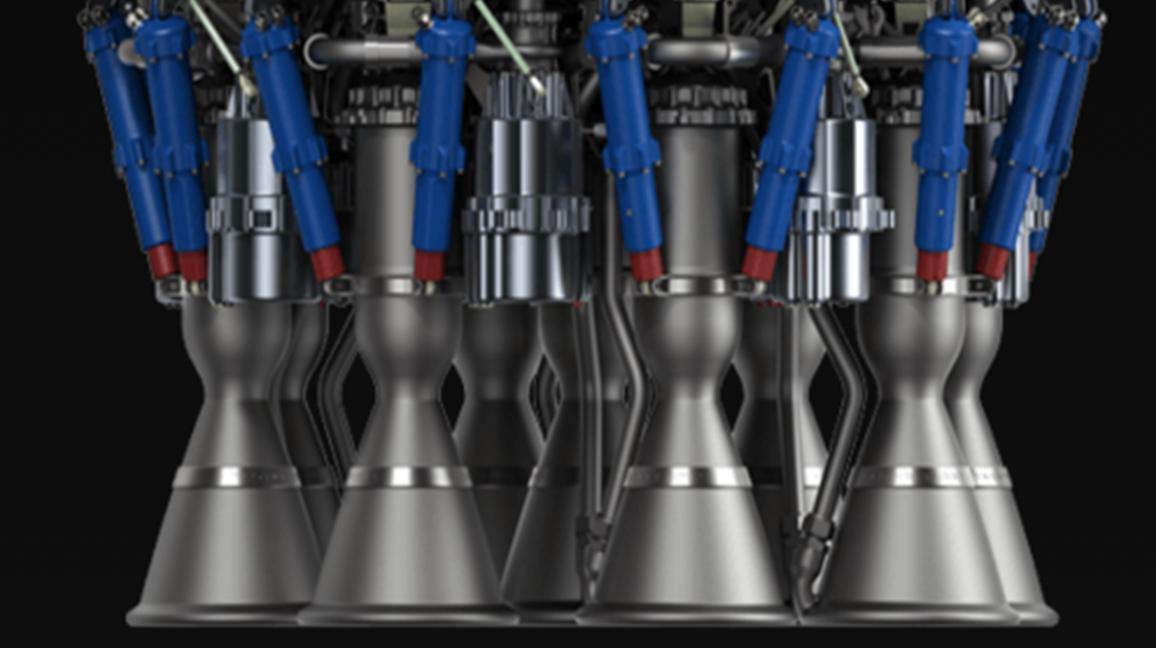 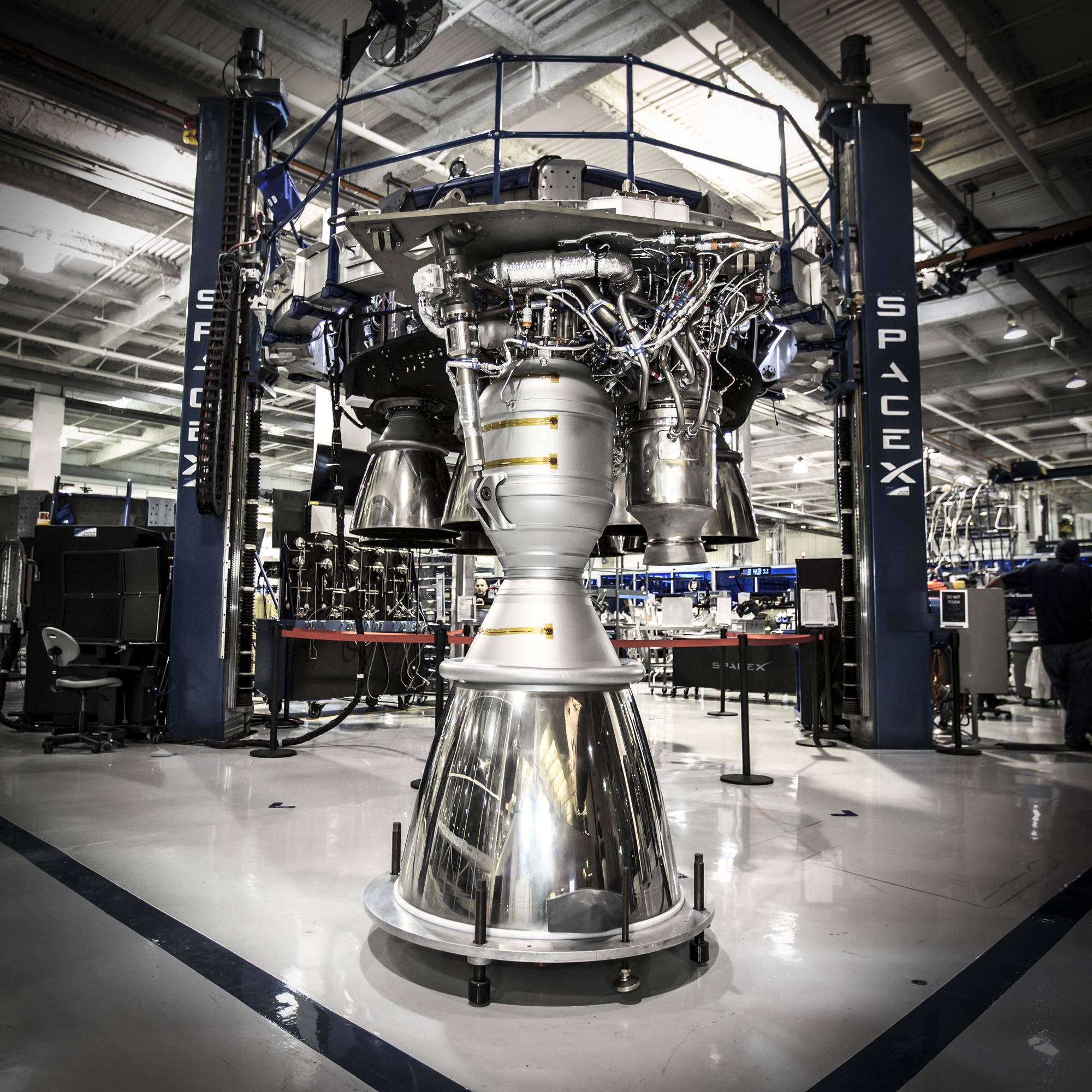 Browse other questions tagged engine-design thrust-vectoring or ask your own question.

5
What are the two very large "blue" cylinders attaching to the combustion chamber of each Rutherford Engine?
7
SpaceX Engine Mounting / Gimbaling
3
Do gimbaled engines have to be carefully test-fired to ensure the thrust axis intercepts center of rotation?

16
At what travel distances are ion engines faster and more efficient than conventional fuel engines?
5
What are the two very large "blue" cylinders attaching to the combustion chamber of each Rutherford Engine?
3
Do gimbaled engines have to be carefully test-fired to ensure the thrust axis intercepts center of rotation?
6
Falcon 9 Merlin engine thrust vectoring
5
What is the purpose of the "shaft" and "block" in these two different engine gimbal joints?
4
Which of the orientation is preferred for static fire testing of a liquid rocket engine - vertical or horizontal?
5
Why don’t any engines use turboelectric oxidiser pumps?